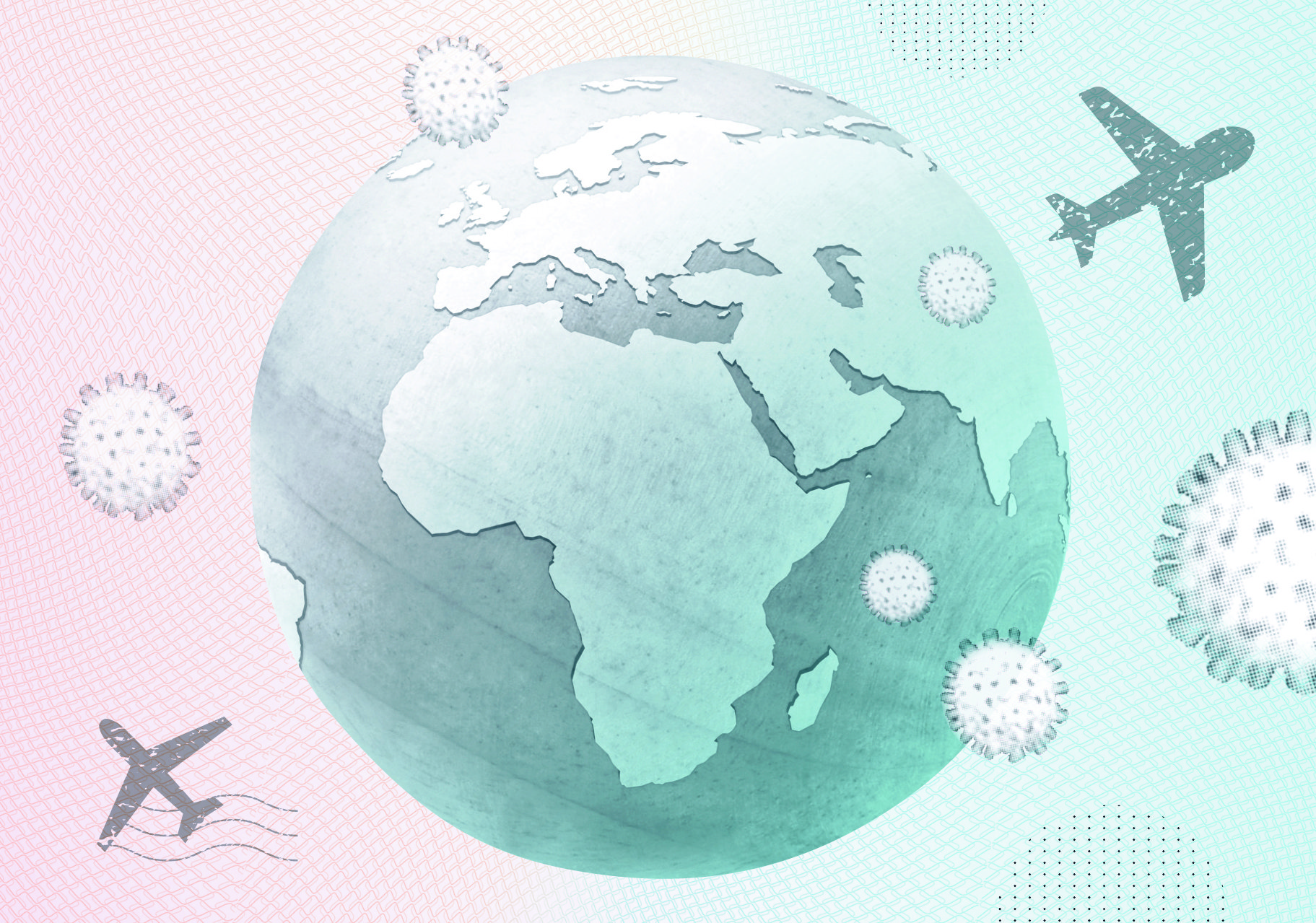 A study led by Prof Patrick Mallon, Professor of Microbial Diseases in the University College Dublin School of Medicine and Consultant in Infectious Diseases in St Vincent’s University Hospital, Dublin, has demonstrated that the second Covid-19 wave in Ireland was most likely to have been directly caused by international travel.

This conclusion was reached by sequencing and comparing the genomes of SARS-CoV-2 found in individuals in Ireland during the first and second wave of Covid-19. Using open source databases online, such as GISAID and PANGOLIN, which map SARS-CoV-2 variants across the globe, Prof Mallon and his team were able to trace the origins of the SARS-CoV-2 variants that were found in Ireland, where they came from and when they arrived.

This study highlighted the impact that effective lockdowns can have on the SARS-CoV-2 virus. After the first lockdown in Ireland, which saw the daily reported case numbers of laboratory-confirmed Covid-19 fall to three, the lineages of SARS-CoV-2 that were present during the first wave of Covid-19 did not reappear.

Additionally, this study demonstrated that the second wave of Covid-19 in Ireland resulted directly from SARS-CoV-2 infections being imported into the country, most likely through travel from continental Europe and the United Kingdom and then spreading throughout the population. Finally, the data did not find any significant associations between the different SARS-CoV-2 variants found in Ireland and disease severity or clinical outcome.

Although this is a relatively small sample size compared to the number of cases of Covid-19 reported in Ireland, it is still significant as it includes 15.2 per cent of hospitalised cases from four major hospitals in a geographical location where the majority of SARS-CoV-2 cases in Ireland have been reported.

Furthermore, the demographics of study participants broadly reflect the demographics of hospitalised Covid-19 cases in Ireland: Average age of 65; 55 per cent male; 83 per cent Caucasian; more than 80 per cent with an underlying condition; and an overall mortality rate of 10.6 per cent. The study also included a wide geographical spread: Samples were collected from individuals residing in 12 different counties, with 68 per cent of cases residing in Dublin, 21 per cent in Wicklow, 4 per cent in Wexford, and the remaining 7 per cent spread across Clare, Galway, Kildare, Longford, Louth, Meath, Monaghan, Offaly, and Waterford.

From July onwards, which for the purpose of this study is defined as the second wave, 91 SARS-CoV-2 samples were sequenced from the four hospitals. The predominant lineage reported this time was B.1.177, a variant that originated in Spain in early March 2020. This lineage was first reported in Ireland on 10 September, and overall, it accounted for 82.4 per cent of cohort cases in the second wave. Using the database GISAID, it was concluded that this B.1.177 variant was introduced to Ireland multiple times from a number of European countries, with a particular emphasis on the United Kingdom.

Although the B.1.1.7 variant of concern, originating in Kent in the United Kingdom, was detected in only three of the sequenced samples from the second wave, all of these samples were collected in the 10 days leading up to 27 December and comprised 15 per cent of all samples sequenced during this timeframe. This variant was first identified in the cohort on 17 December from a patient with symptoms dating back to 10 December. The final sample in this study was collected at the end of December, and it is likely that as further data is collected, the significance of the B.1.1.7 variant may become more evident.

As Prof Mallon’s study did not find a reappearance of this SARS-CoV-2 lineage during the second Covid-19 wave, it suggests that the B.1.1.267 lineage of SARS-CoV-2 no longer exists and was eradicated during the first lockdown. This demonstrates the importance, relevance, and effectiveness of lockdowns alongside the control of international travel, particularly in light of the number of new SARS-CoV-2 variants of potential concern currently emerging around the globe.

This was the first study in Ireland that looked at the genome sequences of SARS-CoV-2 in the context of non-pharmaceutical interventions such as lockdowns, and alongside clinically relevant data. It was also one of the first studies of this kind to be carried out in Europe.

In conclusion, this study shows that the first wave in Ireland was characterised by a larger number of distinct lineages, originating from continental Europe and within Ireland itself. With the first lockdown, these lineages disappeared from SARS-CoV-2 infections contributing to hospitalisation among participating hospitals. The second wave was derived from viral genetic lineages that originated outside of Ireland and were not found in the first wave. This suggests that there were multiple introductions of SARS-CoV-2 through travel during the summer of 2020, and these lineages then spread throughout the population.

If the second wave had been derived from the first wave, it would have mirrored the lineages found within the first wave. These data suggest that the first lockdown may have largely eradicated these commonly reported lineages from the circulating pool of transmitting viruses contributing to hospitalisations in south-east Ireland.

The second wave of infections resulting in hospitalisations were largely seeded by multiple travel-related events from countries outside the island of Ireland. With hindsight, this suggests that strict control of incoming international travel (eg, compulsory quarantine) could have significantly altered the pattern of the pandemic in Ireland.