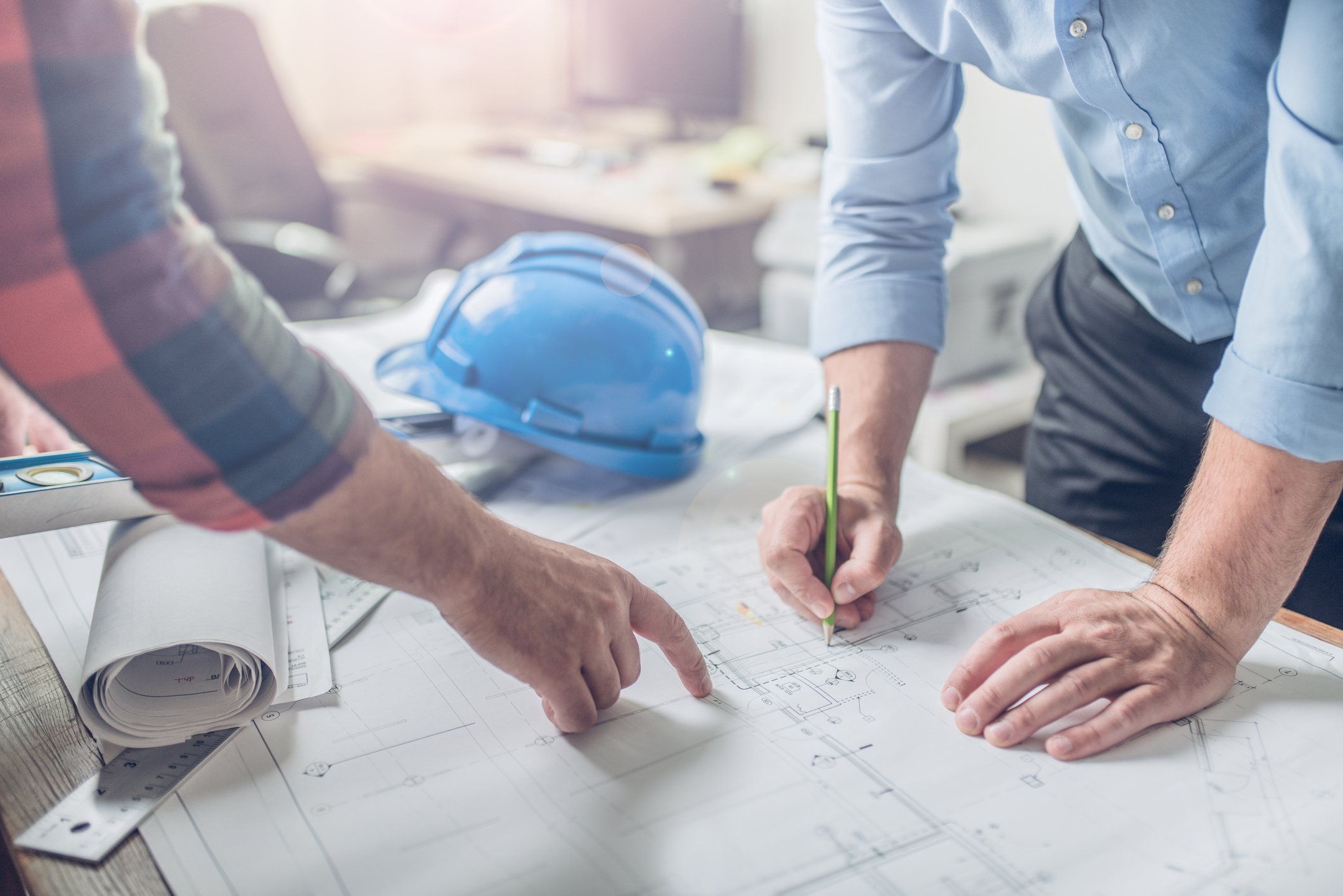 Hands of an architect and an engineer pointing at the architectural plan. they have a coordination meeting to make sure everything works

The HSE is investigating how well-braced the country’s healthcare buildings are to cope with extreme weather events. Paul Mulholland reports

Before Covid-19, one of the major shocks to healthcare delivery experienced in recent years were the effects of severe weather events. In March 2018, Storm Emma and the ‘Beast from the East’ proved a huge challenge to hospitals, with many healthcare staff staying overnight at their workplaces or in nearby hotels to ensure the continuation of services.
In our 25 October 2018 issue, the Medical Independent (MI) published a feature detailing correspondence from a senior HSE manager showing how hospitals and emergency services had struggled to cope with the snowfall and cold weather during that time, as temperatures fell to -7 in some parts of the country.

Aside from the impact on staff and transport, there were also references to the effect the weather had on hospital infrastructure. According to a severe weather report for Hospital Groups, prepared on 2 March 2018, there was a fire incident in the maternity service area in Midland Regional Hospital, Portlaoise, due to an electrical fault in the sluice room. Fire services attended the scene and no patients were affected, it was reported.

Also, in the previous issue of this newspaper (10 May 2021), we published a story on how damage at the Rotunda Hospital’s colposcopy/administration building represents a “major” infrastructural risk as it houses the main IT server room. It is flat roof structure which is prone to “water damage and egress when there is major rainfall”, according to a spokesperson.

The challenges experienced during 2018 prompted the HSE to investigate the preparedness of the health infrastructure for such severe events. The need to upgrade infrastructure has been of increasing concern to the Executive. Early in 2020, the HSE’s Emergency Management Division had started work on a ‘critical infrastructure resilience’ report. Recently (8 March 2021), MI reported on how ‘capital infrastructure and critical equipment’ was one of the 26 risks included on the HSE’s corporate risk register (CRR), dated October 2020 and approved by the HSE board at its meeting in December.

At a meeting of the Executive’s audit and risk committee on 26 August 2020 it was recommended that infrastructure and critical equipment should be included on the CRR and on the risk registers of all Community Health Organisations and Hospital Groups.

According to the minutes of the meeting, the HSE National Director of Estates Mr Jim Curran “informed that committee that the vast majority of HSE infrastructure is critical and hard to replace, particularly within a short timeframe”. It was agreed that “a paper on fire/flood/disaster assessments” of capital buildings would be brought to a future meeting of the committee.

At its meeting on 9 October, the audit and risk committee noted that a “major survey of health infrastructure resilience to severe weather events” had been delayed as a result of Covid-19. However, it was stated that the survey document was being prepared and would be provided to the committee in the first quarter of 2021. The committee requested that Mr Curran provide a list of infrastructure that was critical to “business continuity within the HSE”, in advance of the completion of this survey.

During its 13 November meeting, the committee noted a briefing paper on the critical infrastructural resilience report. The committee heard that while the report had been drafted, its approval was impacted by Covid-19.

“The critical infrastructure has been identified and includes all acute hospitals and other facilities providing 24/7 services, the national emergency operations centre, the national distribution centre, data centres, and designated primary care centres,” according to the meeting minutes.

The report recommended that leadership and oversight arrangements should be put in place “to ensure critical infrastructure resilience translates into effective actions”.

Critical infrastructure resilience measures and controls should be “continually built upon”, according to the report. It also called for review arrangements to be embedded across delivery systems by service owners “to ensure contingency exists for the provision of existing services”.

The report also cites the importance of the survey of health infrastructure resilience in relation to extreme weather events and states this piece of work needs to be progressed.

“The committee was informed that the HSE will now be conducting a survey of all identified health-critical locations, developing a costed plan to address deficiencies and commencing the project management of initial critical infrastructure resilience works. This report is expected to be ready in early March 2021.”

When questioned about the status of the survey, a spokesperson for the HSE told MI: “The survey was put on hold due to Covid and has not been completed.”

According to the CRR, risks associated with building infrastructure include: “Inadequate built infrastructure, ageing critical clinical equipment, including ambulances, failure to comply with regulatory requirements.”

“Additional requirements” emerging from the Covid-19 pandemic, in terms of new service locations and physical distancing requirements, were also noted.

The National Development Plan 2018-2027 included the provision of €10.9 billion for health-related capital projects.
Dr Brian Turner (PhD), Department of Economics, Cork University Business School, University College Cork told this newspaper in February: “Given the likely final cost of the NCH [National Children’s Hospital], as well as ongoing construction tender price inflation, this figure may not be sufficient to provide all of the planned additional capacity.”