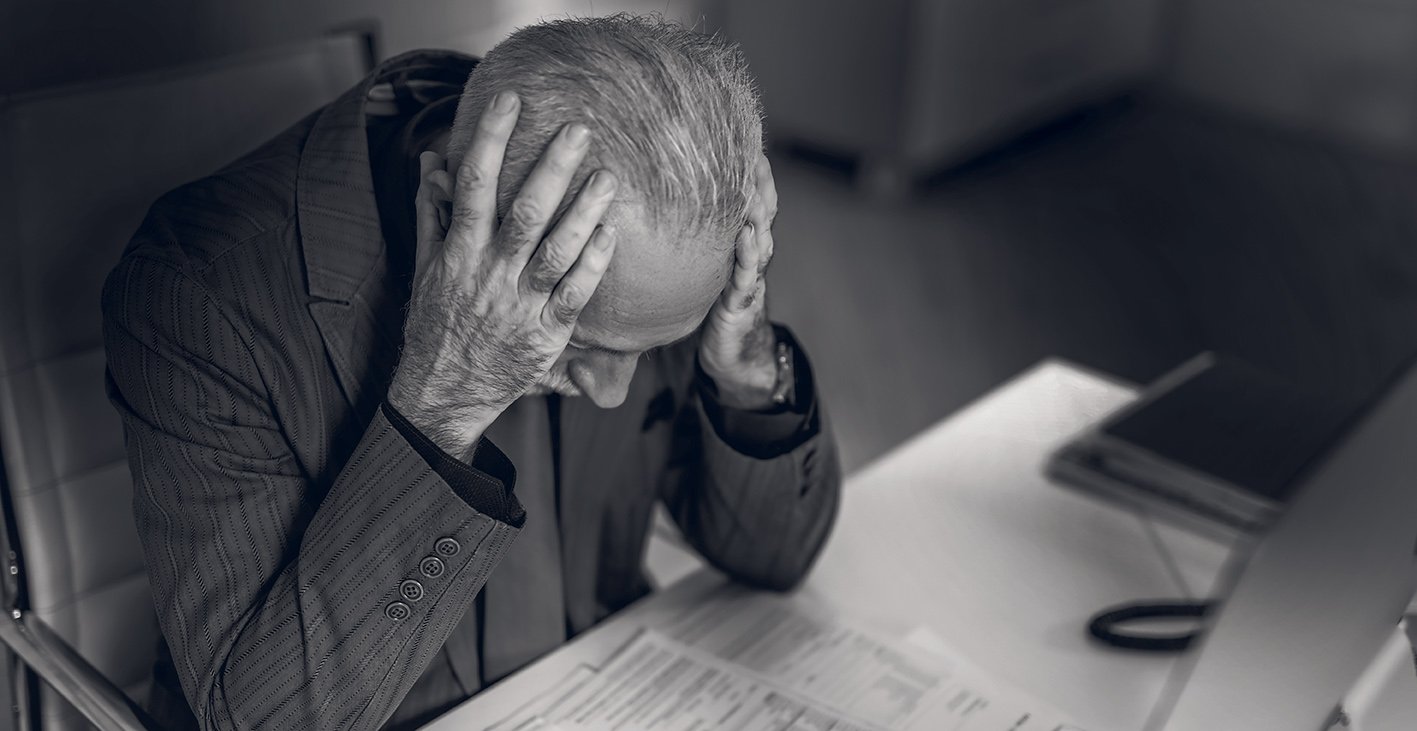 The issue of redundancy payments for staff in single-handed rural GP practices is becoming a big concern. David Lynch reports

“People are being left to hang out to dry on this one.”

This is the warning from the Chair of the National Association of GP Co-operatives Dr Ken Egan in relation to the significant liabilities facing some GPs in redundancy payments for their staff.

He added that the issue “is really a scandal”.

Dr Egan explained that changes to the national rules and regulations of redundancy over the last decade (which saw an increase in the entitlement up to two weeks for every year worked) have caused the current situation.

“So this means that a nurse say, working for a doctor for 35 years, would be entitled to redundancy of say about €30,000,” the Ballindine GP told the Medical Independent (MI).

“And no allowance has been made for that in the [GMS] payments. The GMS give [annual] grants of up to €38,000 for that nurse. There is no responsibility or no obligation [on the HSE/GMS] to assist with the redundancy payment at the end of it. And this is wrong.

“Considering it’s a fair grant that is keeping the nurse going, they [HSE/GMS] should be funding the redundancy as well. I think it’s a scandal really. It is mostly affecting single-handed GPs. It’s being treated with indifference really by the HSE and the Department of Health.”

Dr Egan added that action needed to be taken at HSE or Government level, otherwise the crisis would worsen.

“There should be something that can be done on this. The Government should be funding some of the redundancy. I’m sure colleagues wouldn’t mind to get it up and running, paying 0.5 per cent of their grant towards helping people with their redundancy until the whole thing was sorted out,” said Dr Egan.

But has this crisis sneaked up on general practice?

“Well, people didn’t realise that the big change was when the Government made the national change that redundancy entitlement went up to two weeks for every year worked,” said Dr Egan.

“So that means that redundancy for a nurse is about €1,200 for every year worked. And I have colleagues who have had people employed for up to 30 years. Now they are being caught. Now, these are mostly single-handed rural GPs.

“It’s a huge issue for the single-handed rural GP. The group practices can manage it because employment is continued when a doctor retires. But in a single-handed practice, or in a rural practice, doctors are left with the obligation to pay the redundancy.”

At the conference other GPs, such as Galway GP Dr Martin Daly, also raised concerns about the burden of redundancy payments in general practice.

“But the reality is nothing has been done about it. That is why I say it is a scandal really,” said Dr Egan

“There are about 30 single-handed GPs in Mayo, but the particular ones who are impacted are the single-handed rural GP. They are getting no support on this at all. I have colleagues telling me that they will have redundancy issues of up to €70,000 or €80,000 to pay. That’s from, say, employing a nurse and a secretary for maybe 30 years.”

Dr Egan said this is not just a looming problem. “It is a problem right now and into the future.

“It has not been sorted. A GP can claim a grant for up to €38,000 for a nurse, per annum, but then they are getting no help whatsoever to deal with redundancy when it comes to retiring at the end, or for that matter moving on from their practice to another practice.

“The HSE and the Department of Health are treating doctors with indifference on this issue.”

A spokesperson for the Department of Health told MI that “GP practices are private businesses. The State contracts them to provide services to GMS patients and provides some additional supports to them to ensure that they have the capacity to provide that service.

“However, the staff in the practice remain the staff of the GP practice, which has the same obligations towards them that every business has to its staff.”

IMO President and Longford GP Dr Padraig McGarry agreed that the redundancy challenge is something that must be dealt with by the HSE and the Department of Health. He added that it is an issue that the IMO has raised in the past and will do so in the future.

“It’s more particular [an issue] to single-handed practice, where the continuity of service may not be [there],” Dr McGarry told MI.

“If you as a GP are due to retire and there isn’t somebody taking over that practice, the liability does fall upon the GP to give redundancy, two weeks per year of service.

“This leaves a significant burden. There is [no] contingency for this scenario. The main reason being, there used to be continuity of service. Because there was no break of service, the redundancy issue did not really become active.

“But it has now become quite an active issue where a lot of single-handed GPs, and the vast majority of those are out in rural areas, they are finding that nobody is prepared to come and take over their practice. It has become a significant liability, if you have a nurse and maybe a secretary who has been with you a long time, often in the rural areas they are people who have been with you a length of time, and they are entitled to it [the redundancy payment].

“But it is a huge issue in terms of the liability of the GP, who more than likely, especially over the last number of years maybe has spent all the savings to keep the practice viable and then finds that they are faced in their retirement with a significant liability.”

Dr McGarry said that he knows of GPs where this has already impacted.

“Where it becomes particularly poignant is in the case of death,” he said.

“I know of situations where a doctor died and the wife and the estate were left with a significant liability in that case.”

In terms of action on behalf of Government, Dr McGarry said: “We have raised it.”

“We addressed it in the recent negotiations. We sought that the Department, in combination with ourselves, maybe set up a fund to deal with this.

“But the Department were reluctant to go down that road, less they create a precedent. I think it is a burning issue.

“It’s an issue that will become more and more relevant and may become a significant issue in someone’s decision whether they take up a practice or not.”

In terms of future negotiations Dr McGarry said this would be back on the table.

“Certainly they [Department of Health] were reluctant

in the past. We certainly will be bringing it up again. It’s a concern,” he said.

“There are a lot of GPs coming to retirement age over the next five years …they are not all single-handed practice GPs of course, a lot of them are in group practices.

“That may very well be one of the solutions. It could be that even in rural areas, group practices may become the norm, so that continuity of services is maintained. But again that is not the situation at the moment.”

Progress in the chronic disease management aspect of the recent deal between the IMO and the Government is expected later this year, Dr McGarry has told MI.

As part of the IMO deal with the Government there will be chronic disease management systems established for chronic obstructive pulmonary disease (COPD), diabetes, and cardiovascular disease.

According to the IMO, €80 million will be provided to support the phased introduction of this care for GMS patients.

The phased introduction is due to start early next year, and by 2024, over 400,000 GMS/Doctor Visit Card patients will be in a chronic disease programme or a high-risk evaluation scheme.

“Later this year there will be a circular sent out to see if GPs will sign up for the chronic disease management and hopefully that will get going early in 2020,” Dr McGarry told MI.

“We have plans to go around the country and hold a number of meetings on how GPs can prepare themselves for the introduction of the chronic disease management and the College [Irish College of General Practitioners] will be there also to discuss some of the academic issues and how we would deal with the medical aspects as well, so it will be a joint presentation.”

However, Dr McGarry has raised concerns that the IT infrastructure is not yet in place for the chronic disease management.

He said that there needs to be a system where there is going to be “no manual filling in, which would be ludicrous to start in the work place. We have indicated that has to be in place, it is a red line for us before we start it. Any idea that we would start with some sort of paper basis would be foolish, it would set it up to fail and that is in nobody’s interest.”

This newspaper contacted the HSE to enquire if progress had been made on the IT situation outlined by Dr McGarry, but MI had received no reply by the time of going to press.

Dr McGarry said that he would “imagine quite a significant number of GPs will sign up” to the chronic disease element of the plan.

“The interesting part is that I suppose it indicates a principle, that a precedent has been set. That if additional work is being sought by the HSE then it would have to be accompanied by resources. This is the first time this has happened. So if they wish to come back again with further workload like that, then there would [need to be] negotiations. I think this is significant.

“In relation to the chronic disease management programmes, they [Department of Health and the HSE] acknowledge and recognise there is additional work and that significant resources have been allocated to do that.

“The concept is we don’t want to overburden people from the outset. It’s a new concept for an awful lot of people. There will be a certain amount of getting used to it.

“So rather than having a sort of ‘big bang’ impact on everyone coming in at the same time and swamping the system it will be brought in at a gradual basis.”