Positive developments within the field of cystic fibrosis 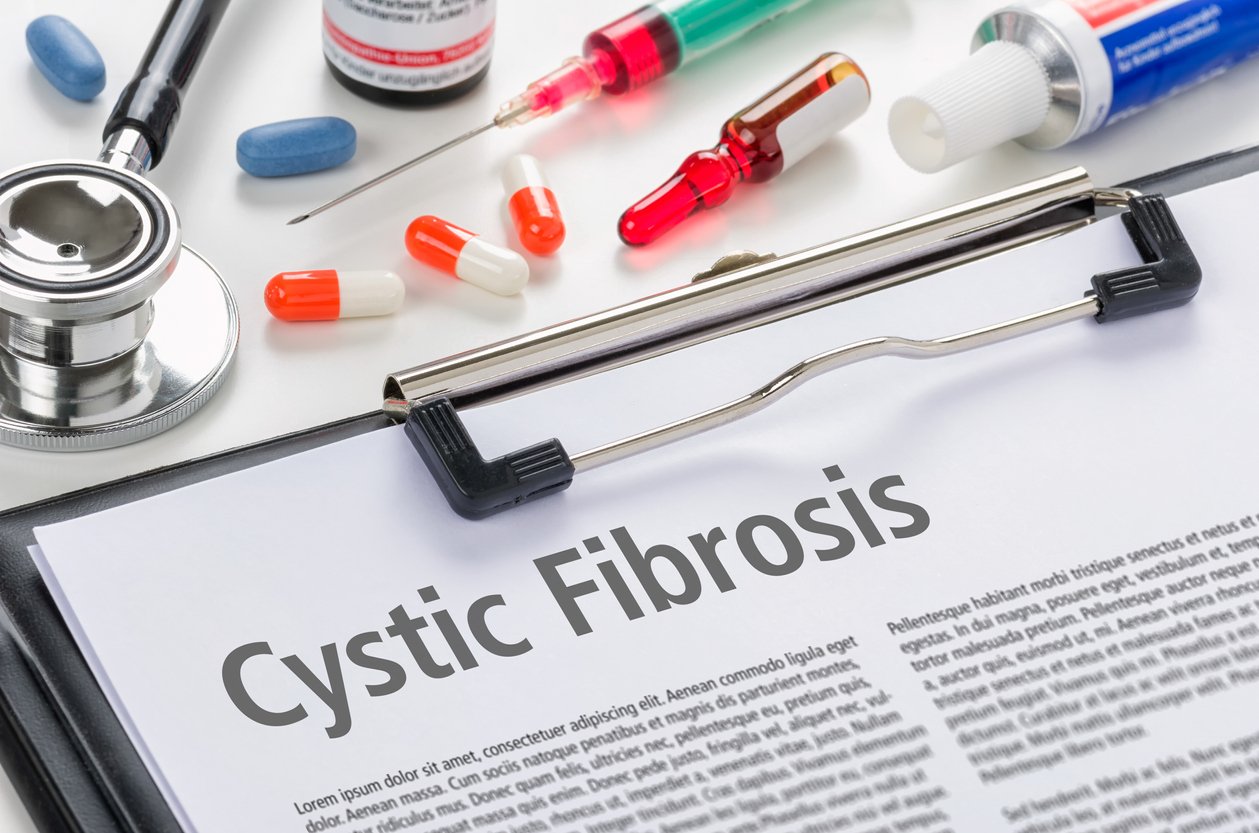 The diagnosis Cystic Fibrosis written on a clipboard

Ms Sarah Tecklenborg, Senior Research and Policy Coordinator, Cystic Fibrosis Ireland, provides an overview of the latest Irish cystic fibrosis research, including the impact of Covid-19 on people with the condition

There have been large improvements over the last 60 years in CF survival. Many of these improvements were being seen even before the advent of CFTR modulators – the cystic fibrosis transmembrane conductance regulator modulator therapies, which are designed to correct the malfunctioning protein made by the CFTR gene in people with CF. Much of the improvements in survival and life expectancy have been attributed to antipseudomonal antibiotics, improved nutrition, the expertise of the multidisciplinary care teams and our ability to detect CF early and begin treatment.

New research published in the European Journal of Human Genetics has shed light on some of the outcomes over 6.5 years of the inclusion of CF in the Newborn Screening Programme in Ireland. The overall incidence of CF was found to be one-in-2,570 births, with an estimated carrier frequency of one-in-25.3. This is lower than the previously reported one-in-19 carrier frequency in Ireland.

The likely cause of this decrease in incidence in the Republic of Ireland is increased ethnic diversity arising from inward migration. The authors recommended that in the case of counselling for a couple of Irish origin, the carrier rate of one-in-19 should still be used. Ireland continues to have one of the highest incidences of CF in the world.

Prof McKone noted the decline in physical markers of health experienced by people with CF in adolescence and early adulthood. The transition from paediatric to adult care and greater self-management of their condition is a critical time for people with CF. This period is characterised by a decline in lung function and nutritional status, increases in the detection of pseudomonas and MRSA bacteria, and is associated with increasing rates of depression and anxiety.

In a joint Cystic Fibrosis Ireland (CFI) and Health Research Board-funded study, Vice Dean for Graduate Studies in the College of Medicine and Health in University College Cork (UCC) Prof Eileen Savage (PhD) and colleagues from University College Cork (UCC) used a multivariate analysis to examine the association between socio-demographic variables (age, sex), physical (FEV1, BMI) and mental health variables and health-related quality-of-life (HRQOL) among a sample of adolescents and adults with CF aged >14 in Ireland. The study found that mental health variables, specifically depression and anxiety, were more strongly associated with HRQOL than physical variables. The results indicate that as CF disease progresses and physical health declines, maintaining mental health is essential to ensure people with CF have the highest HRQOL possible.

Dr Jennifer Cronly (PhD), School of Nursing and Midwifery, UCC, and Prof Savage also investigated the role of agency in empowering young people to take control of their own disease management during adolescence. Their research highlighted the threats negative interactions with healthcare professionals may have for this patient group in the development of agency. The authors noted the need for respect and encouragement of young people as they go through the process of transition and to allow adolescents to have an active role in the decision-making process around their own care.

Mental health concerns are not only prevalent during adolescence, but throughout the life course for people with long-term health conditions. The coronavirus pandemic has had an unprecedented impact on those with underlying health conditions including people with CF. In the early period of the pandemic, people with CF were considered extremely medically vulnerable and were advised to cocoon for their own safety. This caused high levels of stress and concern.

A survey undertaken by CFI in late March 2020 identified high levels of anxiety among people with CF and their carers, and observed major concerns about the unknown health implications of coronavirus and CF, fears of possible medication shortages or supply issues, and the mental health and practical implications of cocooning. In light of new data on the nature of Covid-19 disease and CF, people with CF are now considered high risk from Covid-19 if their CF is stable, and extremely medically vulnerable if their CF is unstable or they are post-transplant. While data has shown that coronavirus is not as severe in people with CF as originally feared, it is not a benign disease.

Data from the European Cystic Fibrosis Registries up to 18 September identified 138 cases of Covid-19 among people with CF. Where information was known, 20 per cent (n=27) of these infections were asymptomatic and 79 per cent (n=102) were symptomatic. Among symptomatic patients, 60 per cent required hospitalisation, 16 per cent of these were treated in ICU and sadly 25 per cent (n=4) of those in ICU died. The incidence of Covid-19 among people with CF in the EU was 0.2 per cent with a 2.9 per cent case fatality rate. Both of these are lower than the incidence and case fatality rate among the general population in the EU for the same time period (4.5 per cent and 0.5 per cent respectively). This may reflect the enhanced precautions taken by people with CF and their family members and carers to prevent infection.

These enhanced precautions, and the duration for which people with CF have had to endure them, may not come without consequences. Prof Patricia Fitzpatrick, Professor of Epidemiology and Biomedical Statistics in University College Dublin, is currently leading a research project to assess the impact the Covid-19 pandemic and cocooning have had on the daily lives of people with CF. The research will investigate how people with CF and their parents/carers have managed their daily lives throughout the pandemic; assess their access to hospital visits and routine CF care; examine precautions taken by them; and report on the impact on mental health and the stress management techniques used to cope.

While Covid-19 has cast a grey uncertainty across the future, for many people with CF the horizon is looking brighter than ever. On 21 August, it was announced that the European Commission had granted marketing authorisation for Kaftrio (ivacaftor/tezacaftor/elexacaftor) in a combination regimen with ivacaftor to treat people with CF aged 12 and over with one F508del mutation and one minimal function mutation, or two F508del mutations in the CFTR gene. Thanks to the innovative ‘Portfolio Agreement’ signed in 2017 between the HSE and Vertex Pharmaceuticals, the treatment regime is expected to be available to eligible patients in Ireland as early as October 2020.

Ms Sally Ann Lynch and Ms Tara Clark, Department of Clinical Genetics, Children’s Health Ireland at Crumlin, suggest that up to 95 per cent of people with CF may be eligible for a modulator therapy in Ireland based on their genotypes. A recent European study using CF registry data (currently unpublished) goes further and found that up to 97.7 per cent of adults with CF in Ireland will be eligible for at least one of the modulator drugs – this would be the highest proportion of eligible adults throughout Europe.

Ivacaftor/tezacaftor/elexacaftor has been shown to be effective in multiple clinical trials, however, the real-world impact of this drug on the lives of people with CF may be even greater. The RECOVER project, led by Prof Paul McNally, Associate Professor of Paediatrics, RCSI, will investigate the real-world effect of the new CF medications on clinical outcomes in people with CF. The project is funded by the Cystic Fibrosis Foundation in the United States of America (€2.85 million), the CF Trust (UK) (£112,000), and Cystic Fibrosis Ireland (€100,000). RECOVER is a multi-centre cohort study which will take place in eight sites across Ireland and the UK over a three-year period.

It will collect information on a range of health data and clinical end-points such as lung clearance index, chest CT, gastrointestinal symptoms and inflammation, and medication adherence. ‘Real-world’ studies examine how drugs impact on a broad range of patients, many of whom would have been excluded from the initial clinical trials due to poor underlying health or the existence of comorbidities. The data can confirm trial findings and shed light on the overall impact of the drug on the day-to-day lives of people with CF and not just on a limited range of biomarkers or a specific cohort.

With more and more people with CF living for longer, clinicians are having to detect and treat current and emerging ageing comorbidities in this group, including those already known to be associated with older age and those possibly resulting from long-term use of new therapies. People with CF are also turning their minds to the need for better educational opportunities, long-term careers and pension planning. A normal life is becoming less of an extraordinary ambition for people with CF.

Cystic Fibrosis Ireland is committed to leaving no one behind in the quest for improved quality-of-life for all people with cystic fibrosis.