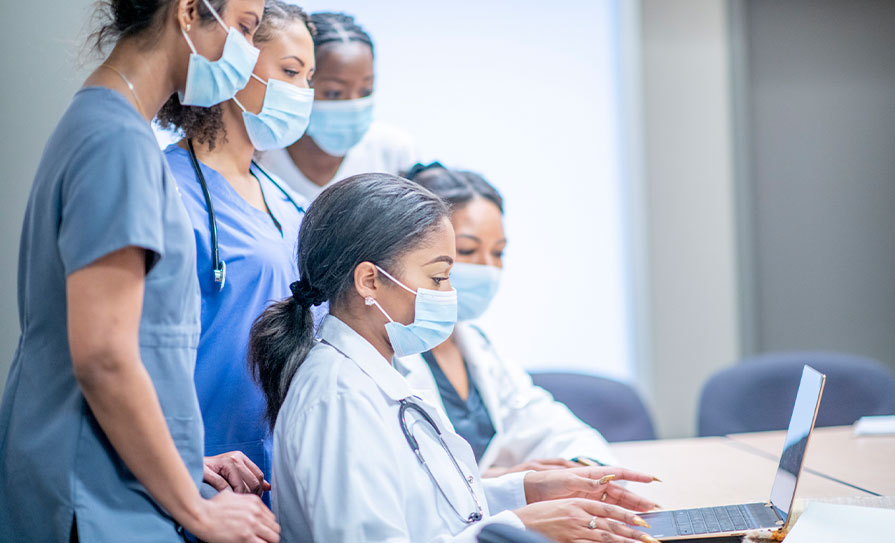 The very first Group Clinical Directors of Education and Training have been appointed at two Hospital Groups under a pilot launched by HSE National Doctors Training and Planning (NDTP).

Each of the new posts is 0.5 whole-time equivalent (WTE) with administrative support and funding provided for locum backfill.

The post holder will work closely with all consultants, especially those with a designated postgraduate college training position, as well as with Clinical Directors, hospital management, Medical Manpower Managers, Lead NCHDs, etc. They will have a key role in ensuring clinical sites’ adherence to the Medical Council criteria for training.

The initiation of the pilot follows the publication last year of a strategic framework for postgraduate medical training by the Forum of Irish Postgraduate Medical Training Bodies. The strategy identified the need to “professionalise structures to support training at clinical site level”.

NDTP is making a “significant investment” in this new project, NDTP Medical Director Prof Brian Kinirons told the Medical Independent. “It is probably the most significant investment in postgraduate education that NDTP has made certainly in the last few years.” He said the development of a new model has been discussed for several years.

An important element of the proposed model is that it encompasses doctors in training and those not appointed to training positions. It will be a cross-specialty resource. The pilot will run for up to three years, but the timeframe may be accelerated depending on impact and funding availability.

If the pilot demonstrates benefits and “true change”, the ambition is to roll it out on a national basis. “Investment at a national level, if we were to do so, would be something in the order of €3 million plus,” commented Prof Kinirons. “So it would be a significant investment and that is in addition, of course, to the investment that is already occurring on site,” including from postgraduate colleges.

The model would represent an evolution from the existing system of Hospital Group Training Leads, which has been limited by lack of resourcing.

The aim of the Training Leads has been to support Group education and training and ensure the sites meet the Medical Council’s criteria for training accreditation.

Their remit has encompassed doctors enrolled in training programmes and those working in non-training posts.

The Training Leads have been working closely with the NCHDs Leads, who number over 80 across the country, added Prof Kinirons.

“They would have worked very closely with that network of NCHD Leads to generate changes and improvements in the experience of [doctors] going through the various Hospital Groups. Each of the individuals would have had support to do their job from NDTP. They would also have had administrative support funded through NDTP, and separately they would have received funding to improve the training experience on site….

“Certainly in the last three years we would have funded this group over €1.5 million in terms of improving experiences at a site level, and that more recently also included specific funding for the CHO community of doctors.”

However, as Prof Kinirons acknowledged, the development of the Training Lead role has been hindered by lack of resourcing. They have had no protected time to deliver the role and have been small in number.

“So these are all busy clinicians who are doing this in their spare time and are very much enthusiastic, dedicated and focused….”

Protected time and administrative support are two important elements of the new pilot. In addition, equitable dispersal of the pilot’s benefits across hospitals is considered paramount.

The site consultants for education and training will have 0.1 to 0.2 WTE backfill and each site will have administrative support.

“It is about developing a wider matrix of educators and we think that would get a better result than what we have currently,” said Prof Kinirons.

“One of the challenges for the steering group will be to decide on how we will measure success,” noted Prof Kinirons. He said there were several areas by which progress may be measured, such as induction.

“We know induction is a huge challenge for many sites,” he said. “We know many sites do induction very well, but we know induction is not done well in many sites. Part of the pilot would be to ensure that there is an induction process on site and to look at the percentage of NCHDs, for example, who do participate. We know lack of induction is a potential risk, particularly for doctors coming from overseas who haven’t any element of exposure to the Irish healthcare system.”

Prof Kinirons continued: “I think there is a piece around wellbeing – that is central to everything we do. So one of the pieces we have talked about is having a burnout policy, that it would be actually visible, that there would be a six-week lead-in time for NCHD rosters, that there would be quality rest facilities available for those doctors who are on-call.…”

Uptake of the e-portfolio for doctors not in training, which is funded by NDTP, would be another measurable area. Prof Kinirons further alluded to “an ambition to mentor” doctors who were not in designated training positions. One of the duties of the Group Clinical Directors of Education and Training will be to explore development of a mentoring programme for this grouping of doctors.

The overarching aim is to make education “part of the central agenda and supporting that”, summarised Prof Kinirons. “I would see this [role] as being a voice and advocate for that change that has to occur at a Group level and obviously the Groups have to buy into this, and we have had strong support from [the pilot sites].”

“Obviously we can’t fund everything and there has to be a buy-in [from all stakeholders]…. We know from experience that infrastructure to support trainee education is variable and some sites are really, really good and some sites are challenged and that is part of what we need to change.”