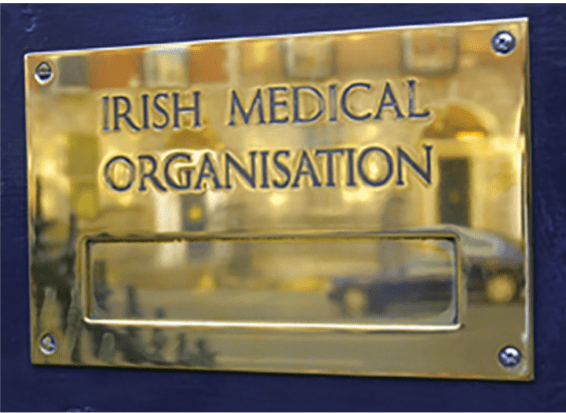 David Lynch reports on the IMO’s recent frustration over the failure of the HSE to pay NCHDs agreed overtime rates.

NCHDs feel a sense of “disquiet and a sense of disrespect” over not receiving agreed overtime rates, the Medical Independent (MI) has been told. The issue has been recently raised with the HSE by the IMO and NCHDs on social media.

On the evening of 10 November, the IMO sent an update to NCHD members on the issue. “After direct engagement, it has been confirmed to the IMO that the national payroll has been updated and the corrected overtime rate will be paid in pay runs from this week onwards,” according to the IMO message to members, seen by this newspaper.

“In terms of arrears due – overtime underpaid since 1 July – a programme has been put in place, starting this weekend, to capture arrears and process those for payment as soon as practicable. “Clearly, the delay in implementing this new rate has caused a considerable degree of anxiety for NCHDs. “We received a high volume of communication in this regard and brought your concerns to the responsible senior officials in the HSE and insisted that this matter be addressed. This is a clear demonstration of the importance of NCHDs acting in unity through their union in order to defend contractual rights. It remains of vital importance that we remain united in the face of other breaches of contract.”

Speaking to MI immediately prior to this development, Mr Anthony Owens, IMO Director of Industrial Relations, Consultants and NCHDs, said: “What we have here is a national agreement that was agreed at the end of 2020 on overtime to be implemented in July 2021 and it is now November 2021 and the thing still hasn’t been implemented.” “They [the HSE] can’t say they haven’t been warned. This has been nearly a year coming down the track and it is wholly unacceptable to the IMO. NCHDs whose working patterns, unfortunately, require them to do a lot of overtime are not being paid properly for the [overtime] hours they are working.

” Mr Owens said the “HSE have to get this implemented immediately to ensure that everyone gets everything they are owed going back to July, that just has to happen. We began raising this with the HSE back in June.” He added that the HSE was “clearly” not ready to implement the agreement. “Now our members are coming to us and there really is an enormous sense of disquiet and a sense of disrespect that is being relayed to us about the HSE and it is 100 per cent true,” said Mr Owens.

“How do they expect to retain doctors in the system when they treat them like this?” MI asked the HSE for a comment regarding the overtime payment, but no response was received by press time. The overtime payment issue has been raised by NCHDs on social media, while the IMO said that in recent weeks it has received reports from NCHDs across the country of non-payment of “nationally agreed overtime rates”

In response to the feedback from members, the IMO wrote directly to Mr John Delamere, Assistant National Director HSE – National Employee Relations, at the end of last month (29 October). The letter refers to ‘Building momentum: A new public service agreement, 2021-2022’, where “it was agreed in Section 4.1.1, that overtime and other premia affected by the Haddington Road Agreement of July 2013 would be restored to the rates that prevailed prior to July 2013.

This change was to be effective from 1 July 2021.” The IMO letter said that it “continues to receive reports from around the country that members have still not seen this change reflected in their payslips. Just this week, we’ve received reports of this type from Limerick, Naas, St James’s and others…. As discussed previously, given the rotational nature of their employment and the inexplicable delays, NCHDs will have significant difficulties in reconciling their overtime hours with wages received when they are finally paid appropriately.”

Mr Owens also wrote to Ms Anne Marie Hoey, HSE National Director for Human Resources, on 3 November and
stated the IMO had “engaged with individual sites in this regard and has been informed that the changed rates will
be input into the HSE National SAP system with a view to being live for payment on the 25 November pay date”.

“It is quite extraordinary that an overtime rate that was agreed as part of a national agreement in December 2020, to be implemented in July 2021, will only finally be implemented at the end of November 2021,” wrote Mr Owens. “Given the rotational nature of their employment, and tendency to work long hours, this delay cannot but lead to considerable anxiety among NCHDs as to whether they have indeed been paid properly.

The HSE’s previous record in this regard does not inspire confidence. “I would, therefore, seek your agreement that outstanding monies that are owed to NCHDs, as a result of national agreements, be paid in advance of 25 November, in recognition of the inordinate delays to date.”