In a time of emergency 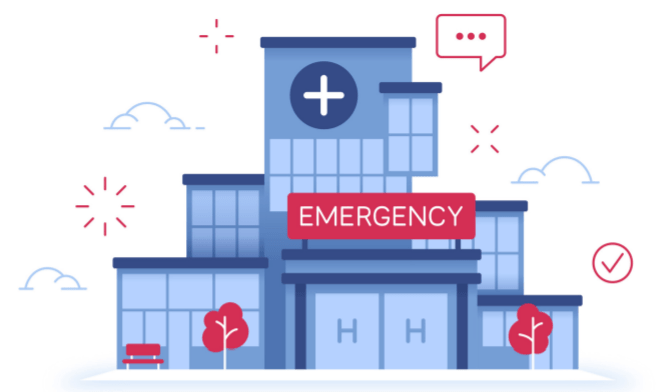 Dr Fergal Hickey, President of the Irish Association for Emergency Medicine, talks to David Lynch about positive developments in emergency medicine, despite the significant challenges faced by the specialty

When outlining the challenges facing emergency medicine (EM) and emergency departments (EDs) in Ireland, President of Irish Association for Emergency Medicine (IAEM), Dr Fergal Hickey, paused for a moment. “Look, the irony is despite what I’m saying about recruitment and other issues, there is a huge interest among medical students in emergency medicine,” Dr Hickey, Consultant in Emergency Medicine at Sligo University Hospital, told the Medical Independent (MI).

“There are very active student emergency medicine groups in the six universities. There are significant numbers applying for basic training in emergency medicine…[training] posts are oversubscribed.” In Irish EM, there is “a huge amount of dynamism and enthusiasm and a lot of good research work”, as well as a “huge amount of good work done in our EDs”. The IAEM has been busy and recently published a new policy document titled Strategic Objectives for the Irish Association for Emergency Medicine. “It was a fairly comprehensive process arriving at that strategy,” Dr Hickey told MI. “That process got complicated by Covid…and then the cyberattack. It [the document] represents our view of what needs to happen both for emergency medicine and for the IAEM. The next step is that the IAEM executive will need to come up with an implementation plan” for the coming years.

Dr Hickey said he would not describe the enthusiasm of trainees for EM as “growing”, but as something that was “always there”. He pointed out that this interest has been facilitated by new training pathways. Dr Hickey noted that in the US, EM “has always been in the top two” most popular specialties for medical students and “we would have a similar experience in Ireland”. “Medical students like EM because of its dynamic nature; the fact that you can make a difference to patients. Some people don’t want to be responsible for continued care. They are happy to treat a patient when they have a crisis and then discharge them or move them on to another specialty. So we know that there is a high level of interest that has always been there.”

However, the difference now is there “are more organised training programmes to accommodate” and develop this interest. “There is a clear pathway from internship through to becoming a consultant. The challenges are because they [successive governments] haven’t addressed issues that are outside the control of emergency departments.” According to Dr Hickey, issues such as the consultant salary, crowding and capacity are hindering the supply of consultants in the Irish system. Some of the challenges facing EM and EDs nationally are longstanding, but others have emerged more recently. While aspects of the fallout from the devastating cyberattack on the HSE in May have been addressed, the impact can still be felt in the country’s hospitals.

Most IT systems are back up and running, acknowledged Dr Hickey. “But the functionality of what has returned is often not as good as the functionality we had previously. So, many of the systems have far more steps that need to be taken to use them… there are huge frustrations as a result of that; it takes longer to do things than it used to. “This is happening at a time we are seeing record number of patients with fewer staff than we need, so this is just one more [problem] that causes difficulty.”

Overcrowding in EDs and the annual problems at winter are among the more enduring issues that the IAEM has raised. “Over the last six-to-eight weeks, most emergency departments around the country have set new records for attendances within a 24-hour period,” said Dr Hickey, speaking to MI in August. “That’s a cause for concern, particularly as the number of patients on trolleys is climbing and the level of the [Covid-19] Delta variant in the community is rising.” Looking towards the winter period, Dr Hickey warned that “we have elements of a perfect storm”. He also stated that EDs were “short of registrars, there seems to be a national shortage and many EDs have been fairly badly hit”. “And many, if not most, are short some of their normal complements… so nurse recruitment and retention is challenging.

Medical recruitment is challenging, and at the same time, we have an increased number of attendances and we have a large number of patients on trolleys. And this is a concern given that you and I are having this discussion in August, it’s not winter.” The pressure on capacity in the hospital system is a matter the IAEM has been highlighting for years. “We get a huge amount of lip service paid to it. People accept that we are 2,000 acute hospital beds short of where we need to be, and yet the rate in the improvement of bed capacity is glacial. It is not for the want of us pointing out the issues.”

The IAEM President said there are HSE and Department of Health reports that confirm the bed problems. “The bed capacity report makes fairly optimistic predictions about the impact of Sláintecare, which are unlikely to be fully realised. So in effect [what is needed] is far more than the 2,000 [beds specified in the report].”
“At the same time demand for
healthcare is going up, the capacity to deliver it is not going up to meet our demands five years ago, much less our demands currently.”
With these combined difficulties in the hospital system, “the pressure tends to be felt in the emergency department.”
“If you can’t move people out of the other end of the hospital system… they have nowhere to go, they end up being retained in the emergency department, it becomes a warehouse for admitted inpatients. But it’s also expected to function as an emergency department. It’s not possible to do two of those things together.
“That is one of the reasons that we are losing nursing staff who are finding it increasingly intolerable and if they are being replaced, they are often being replaced with people with less experience.”

As noted, the recruitment challenge also extends to consultants across specialties, who have been impacted by the 2012 salary cut imposed on ‘new-entrants’. “Emergency medicine is hit as hard, if not harder, than any other speciality [in respect of consultant recruitment]”. According to Dr Hickey, many consultant posts are vacant and filled by locums. “And ironically many of the locums have not had formal emergency medicine training and are being paid more than those [doctors] who have had formal emergency medicine training, but who are subject to the so called new-entrants salary… so it makes no sense economically or from a service provision point of view. We have significant numbers of vacancies and we have hospitals that have more than one vacancy in a workforce that is relatively small.”

Dr Hickey estimated there were “roughly 100 consultants in emergency medicine at the moment” and about 20 unfilled consultant posts. He noted he could see the impact of the contract issues on the decisions made by EM graduates. “A lot of people are saying ‘I don’t want to take up a consultant post, because of the salary cut’ or ‘my skills or expertise are better regarded in Australia or New Zealand or Canada, or US’. People are voting with their feet,” he warned. “That is a sad reflection of something that was brought in 2012 during the financial crisis and proved to be very detrimental, and rather than fix the problem they have continued with a very flawed policy, which is causing major difficulties in every specialty in the country. It’s bizarre.”