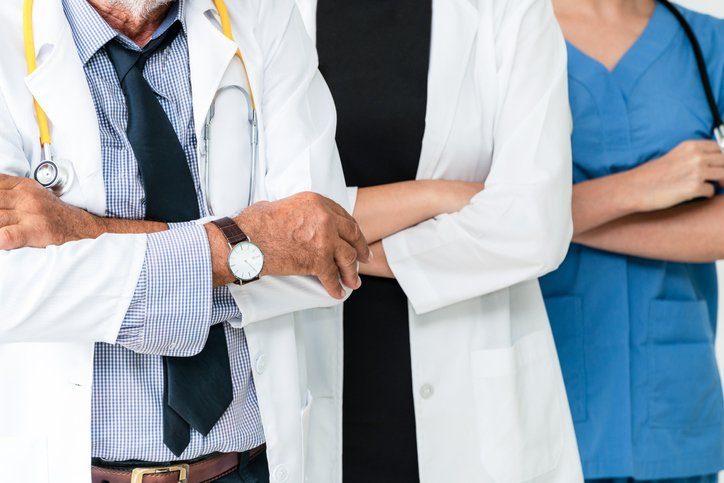 Ulla Oksanen outlines the results of a pilot study, which examined the benefits of integrating pharmacists into general practice teams

The results of a non-randomised pilot study examining the feasibility of integrating pharmacists into general practices was recently published. The study, which was conducted between September 2017 and March 2018 by the RCSI, is the first of its kind to assess pharmacists in this role in Ireland.

Four general practices with approximately 35,000 patients were purposively sampled to take part in the intervention where the practice team was joined by a pharmacist. During the study period of six months, 10 hours/week, pharmacists carried out medication reviews for adult patients, provided prescribing advice, supported clinical audits and facilitated practice-based education.

The number of individuals living with long-term chronic conditions is increasing. Managing patients with multiple conditions and polypharmacy is identified as a major challenge for healthcare systems globally. The fragmentation of healthcare across the primary-secondary care interface presents difficulties in terms of continuity of care. Another issue is that single-disease clinical guidelines are not always applicable to patients with multiple conditions. These challenges put pressure on the ability to deliver patient-centred care. To ease the situation, the importance of supporting GPs in the management of these multimorbid patients has been highlighted. The World Health Organisation has identified polypharmacy as a major priority through its third global patient safety challenge, ‘Medication Without Harm’.

During the study period, pharmacists identified 768 patients as having 1,521 potential issues related to effectiveness of medications or to concerns over possible side-effects. The most common medications involved were proton pump inhibitors used to suppress stomach acid, benzodiazepines used to treat anxiety or insomnia, and anti-inflammatory drugs.

Over 50 per cent of the flagged cases led to a change being made by the patient’s GP. The changes included reducing the dose and ending the prescription completely if risks outweighed the benefits or if the medication was no longer needed. Changes made to medications in the four general practices resulted in approximately €57,000 in cost savings, assuming the changes persisted for 12 months.

Senior author of the study, Dr Frank Moriarty, a pharmacist and lecturer at the RCSI School of Pharmacy and Biomolecular Sciences, told the Medical Independent that the study found the new model to be feasible and it could impact both the quality of prescribing and prescribing costs.

“This study provides evidence for the GP pharmacist role as a basis for further investigation of the introduction of this model of care,” said Dr Moriarty. “It shows there are plenty of opportunities to optimise the prescriptions patients are receiving, and also demonstrates the potential cost savings that the medication reviews could deliver. From the process evaluation element of the study, the GPs in participating practices were very positive about the role.”

Patients who benefit most from the model are those on many different medications, or those who have been on medication for a long time.
“Even for patients with a simple prescription, a review or discussion with a pharmacist may still provide an opportunity to simplify or improve their treatment,” Dr Moriarty added.

In Ireland, there are currently no formal training pathways or programmes for practice-based pharmacists. For the pilot study, each pharmacist was provided with a ‘study intervention manual’, which detailed the scope of the activities to be undertaken by the pharmacist. This was based on national guidance and previous research.

“In this study, establishing a working relationship between practice staff and the pharmacists was important, as was making staff aware of how the pharmacists could support them, for example helping to answer telephone queries from patients or community pharmacists. Space for the pharmacist to work in within each practice also had to be identified,” according to Dr Moriarty.

“Many pharmacists, for example those working in community pharmacies and hospitals, already have extensive clinical knowledge that would allow them to fulfil this role. However, as has been found in other countries, supplementary training could help GP pharmacists to develop further expertise and provide more benefits in the role.”

Dr Moriarty said the new model was unfamiliar to some patients, as they had only encountered pharmacists in a community pharmacy setting and they found the purpose of GP pharmacists to be unclear. He said if the study period was longer, this issue could be addressed by engaging in awareness-raising activities that would promote the model ahead of the pharmacist reviews with patients.

“This would have helped with understanding and recognition of the role. We hope that these awareness-raising activities among patients can be included in further studies.”

The model of integrating pharmacists into GP practices has been in use in a number of countries internationally, ie, Canada, the UK and US. Studies suggest positive clinical outcomes, such as blood pressure and glycosylated haemoglobin, and medication-related hospitalisations may be reduced. The model may also free GP capacity, as prescribing activities are reduced.

Potential downsides, however, relate to further increasing the burden of the patients who are already attending a large number of healthcare appointments. “This can be avoided by, as much as possible, aligning any reviews with the GP pharmacist with patients’ routine visits to the practice to help minimise this burden,” according to Dr Moriarty.

The positive outcomes suggested by the study support further research on the matter.

Dr Moriarty commented: “There are two related initiatives currently being planned in Ireland. First, a follow-up research study led by the RCSI (a randomised pilot study in eight GP practices) is due to commence in 2021. Second, the EU-funded iSIMPATHY project, led here by the HSE National Quality Improvement Team and also involving Scotland and Northern Ireland, will roll-out pharmacists to some GP practices in the border counties of Ireland later in the year.“