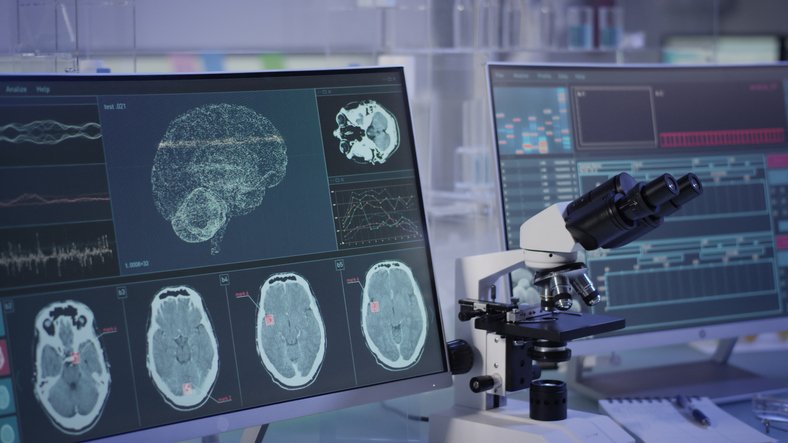 One in every four people in Ireland are living with a neurological condition. That’s over 1.1 million people, which costs the economy over €3 billion euro per year, amid clear recognition that the Irish system for diagnosing, treating and supporting people with neurological diseases is inadequate.
FutureNeuro is the Science Foundation Ireland (SFI) Research Centre for Chronic and Rare Neurological Diseases, which is hosted by the RCSI, with researchers based in six other Irish academic institutions: Trinity College Dublin, DCU, UCD, NUI Galway, UCC, and Waterford Institute of Technology. Operations began in October 2017 and since then, FutureNeuro has significantly increased in size.

FutureNeuro’s vision is to enable people with neurological disorders to live independently, through faster diagnosis, personalised treatments, and patient-centred care. It aims to change the patient journey through research informed by the needs of both patients and neurologists.
FutureNeuro conducts research in three thematic areas:

For each thematic area FutureNeuro has defined a set of research questions and three-to-four ambitious grand challenges, including describing the molecular landscape of the epilepsy/amyotrophic lateral sclerosis (ALS) brain (diagnostics); conducting a clinical trial in Ireland of an innovative therapeutic for a neurological disease (therapeutics); and making e-health enabled healthcare “the way we do business” in neurological services in Ireland (e-health).

FutureNeuro is truly multidisciplinary, working with industry, patient organisations and the health service to transform the lives of patients in Ireland and worldwide. An example of the collaborative projects FutureNeuro is involved in is the recently launched All-Ireland MS Research Network. It will be the largest collaboration of multiple sclerosis researchers across the island of Ireland. The network is the result of collaboration between FutureNeuro, RCSI University of Medicine and Health Sciences, NUI Galway and Queen’s University Belfast.

Even with the Covid-19 pandemic, 2020 was another busy and successful year for FutureNeuro, with a number of important breakthroughs in the field of epilepsy in particular. Epilepsy is one of the most common chronic brain diseases, affecting over 40,000 people in Ireland and 65 million people worldwide.

Last June, it was announced that a major international study led by researchers at FutureNeuro had uncovered three molecules that have the potential to be developed into new drugs to treat epilepsy. The findings were the result of seven years of research, involving contributions from 35 scientists, based in eight different European countries, across the fields of neuroscience, genetics, computer science, and synthetic chemistry, and were published in the Proceedings of the National Academy of Sciences (PNAS), US.

In one of the largest sequencing projects of its kind, researchers identified and measured levels of over a billion strands of microRNAs, small molecules that control gene activity in the brain, to investigate if they were changed in epilepsy. They discovered a small set of microRNAs, which were always elevated in epilepsy, and designed drug-like molecules, synthesised by chemists from the group, to target these. Three of the synthetic molecules were found to stop seizures in preclinical tests.

Computer simulations demonstrated how the potential treatments influenced molecule networks inside brain cells by changing the inflammatory response, part of the brain’s immune system, which is thought to contribute to seizures.

“Our approach to drug discovery has led us to new types of molecules that can be targeted to prevent seizures with hopefully fewer side-effects.” said Dr Cristina Reschke, FutureNeuro Research Fellow and Honorary Lecturer at the RCSI, and Co-Lead Author. “Currently, most drugs used to treat epilepsy work by blocking the signals brain cells use to communicate. This results in many of the side-effects experienced by people with epilepsy.”

There are more than 20 medicines available to prevent seizures in people with epilepsy, but progress has slowed in recent years and new treatments offer little benefit over those that have been around for decades.

“By characterising and targeting an entire new class of molecules in epilepsy, we hope to develop novel and innovative treatment strategies for temporal lobe epilepsy,” said Dr Gareth Morris, Marie Sklodowska-Curie Actions Fellow at FutureNeuro and co-lead author of the paper. “This is an important step closer to fulfilling the urgent and unmet clinical needs for the one-third of people whose seizures are resistant to currently available drugs.”

Senior author on the study, Prof David Henshall, Director of FutureNeuro and Professor of Molecular Physiology and Neuroscience at RCSI said: “The project is a great example of team science, where groups with different areas of expertise combine to create innovative solutions that keep people with epilepsy as the central focus. The discoveries here may be just the tip of the iceberg for new strategies in the treatment of epilepsy. I’m optimistic this can be translated to the clinic.”

A separate major study led by researchers at FutureNeuro, with colleagues at Severo Ochoa-Centre for Molecular Biology (CBMSO) of Madrid and Institute for Research in Biomedicine (IRB) of Barcelona, published last summer in the prestigious scientific journal Brain, identified a critical new step in how brain cells function in people with temporal lobe epilepsy, one of the most common and refractory forms of epilepsy. This could lead to new treatment approaches for people with drug-resistant epilepsy.

Changes in gene activity are known to be important in the development of epilepsy. Normally, messenger RNA (mRNA) is produced when a gene is active, which becomes the template for the production of the proteins that brain cells use to function. A critical step is the addition of a short sequence called a poly(A) tail. This has never been studied before in epilepsy.

The team discovered that this tailing process (polyadenylation) is dramatically altered for about one-third of the genes of someone with epilepsy, changing protein production in the brain. They showed, for the first time, that cytoplasmic mRNA polyadenylation, one of the post-transcriptional mechanisms regulating gene expression, undergoes widespread reorganisation in temporal lobe epilepsy.

“Our discovery adds another piece to the puzzle to help us understand why gene activity is different in someone with epilepsy,” said Dr Tobias Engel, FutureNeuro Investigator and Senior Lecturer in the School of Physiology and Medical Physics at the RCSI. “It is remarkable that so many active genes in the brain show a change in this polyadenylation process. We believe that this could ultimately lead us to new targeted treatments, allowing us to investigate if we could stop a person from developing epilepsy.”

While current drug treatments are usually effective in suppressing seizures, they do not work in one-third of people with epilepsy and have no effect on the underlying causes of the disease.

“Regulated poly(A) tailing of messenger RNAs is a step in gene expression regulation barely explored in brain diseases, and our study should foster its investigation in other brain conditions in which gene expression alteration is suspected,” said Dr José Lucas, Research Professor at Severo Ochoa-Centre for Molecular Biology of Madrid.

Prof Henshall commented: “Our aim in FutureNeuro is to provide faster diagnostics, precision therapeutics and e-health enabled solutions for those with chronic and rare neurological diseases. This research is a great example of how understanding basic mechanisms of a disease can guide us to new targets for treatment.”

Building on the HSE e-health Ireland funded Epilepsy Lighthouse Project, research led by FutureNeuro and published in Epilepsia last year, found that the Covid-19 pandemic was a catalyst to accelerate the adoption of technology-enabled patient care for epilepsy. The research was carried out in collaboration with the HSE, Beaumont Hospital, Dublin, and St James’s Hospital, Dublin, DCU, and Ergo.

PiSCES gives people access to their medical record documenting their epilepsy care anywhere there is an internet connection using a smartphone, tablet device or desktop computer. Users of PiSCES can access their clinic visit summaries and tools to report outcomes, such as frequency of seizures. The portal also allows people to track epilepsy care goals and send secure messages directly to their healthcare provider.

“Our work on the development of the PiSCES patient portal for epilepsy began before the Covid-19 crisis with the aim of facilitating better patient and family-centred epilepsy care by improving the link between people with epilepsy and their clinicians,” commented Ms Mary Fitzsimons, e-health Lead at FutureNeuro, RCSI.

“The Covid-19 pandemic has increased the urgency to accelerate much needed health service reform to implement innovations such as electronic patient portals. PiSCES has the capability to transform outpatient care for people with epilepsy, by maximising health service resources that may be constrained in the aftermath of the pandemic.

“In the aftermath of Covid-19, it is highly unlikely that the healthcare sector will return to a ‘business as usual’ way of delivering services as we knew them previously. The pandemic has been a catalyst for change in how patient care will be conducted in the future, delivering technology-enabled care that is more responsive to individual patient needs and preferences,” she said.

For more information on the work of FutureNeuro go to www.futureneurocentre.ie