From here to maternity: Advice and management in pre-conception 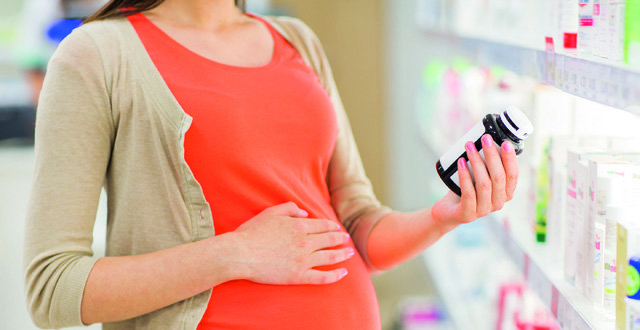 In an era where women are beginning their families at a later age and one-in-six couples will have problems conceiving, it is becoming more difficult to ignore the growing body of research on optimal pre-conception health.

<em>The Lancet</em> recently published a series of three papers examining this very topic, saying a woman who is healthy at the time of conception is more likely to have a successful pregnancy and a healthy child. The authors say “a sharper focus on intervention before conception is needed to improve maternal and child health and reduce the growing burden of non-communicable diseases”.

“Observational studies show strong links between health before pregnancy and maternal and child health outcomes, with consequences that can extend across generations, but awareness of these links is not widespread.”

The authors state that alongside continued efforts to reduce smoking, alcohol consumption and obesity in the population, heightened awareness of “preconception health” is needed, particularly regarding diet and nutrition. “Importantly, health professionals should be alerted to ways of identifying women who are planning a pregnancy,” they wrote.

Despite several high-profile public health campaigns around the importance of folic acid supplementation prior to conception and during the first 12 weeks of gestation, the data suggests that the message is not penetrating.

Current guidelines recommend that all sexually-active women of child-bearing age should take a 400mcg supplement of folic acid to prevent neural tube defects (NTDs) such as spina bifida, of which Ireland has the highest rate in Europe.

Yet a report last year from safefood found that one-third of women in Ireland are not meeting World Health Organisation (WHO) recommended blood folate levels. The report, titled <em>The folate status of pregnant women in the Republic of Ireland: The current position</em>, also found that just one-in-four women who took folic acid started it at the recommended time, ie, at least 12 weeks before conception. And although almost all (98 per cent) of women reported that they started taking folic acid after they found out they were pregnant, this was on average 5.5 weeks into the pregnancy.

Prof Michael Turner of the UCD Centre for Human Reproduction at the Coombe Women and Infants University Hospital has repeatedly called for action on the low rates of folate supplementation among women, saying the data shows there is a need for EU legislation to introduce mandatory folic acid food fortification across Europe. A Food Safety Authority of Ireland (FSAI) report found that the mandatory fortification of food with folic acid could reduce the rate of NTDs in Ireland by about 30 per cent.

“When someone comes into my surgery having had a positive pregnancy test, I always ask if they have been taking their folic acid, and often they say they haven’t, despite the fact they may have been actively trying to conceive.”

Meanwhile, the findings of recent research have led experts to conclude that iodine deficiency in women of child-bearing age should be the focus of a major public health campaign due to the mineral’s crucial role in neurodevelopment.

A recent paper published in the <em>British Journal of Nutrition</em> found that 77 per cent of women of child-bearing age in Ireland are not meeting the recommended average requirement set for iodine during pregnancy. This was the first study to deliver nationally representative data for both estimated dietary iodine intakes and urinary iodine concentration for adults resident in Ireland. It showed that iodine intake and urinary iodine concentrations in the majority of adults are sufficient, with milk providing the major contribution to dietary iodine intake.

Yet the lowest intakes and statuses were observed for women of child-bearing age, for whom the possibility of risk of marginal deficiency exists. Although the majority of Irish adults consume milk, the recent increase in milk alternatives on the Irish market should be considered, particularly among young women, the researchers noted.

Iodine deficiency can lead to significant problems in the neurodevelopment of infants, manifesting itself in cognitive impairment, including language deficits and reduced reading ability when the child is older. The Avon Longitudinal Study of Parents and Children (ALSPAC) assessed the association between maternal iodine status and child IQ at eight years and reading ability at age nine years. Researchers found that low maternal iodine status was associated with a higher risk of suboptimal scores for verbal IQ at age eight and reading accuracy, comprehension and ‘Reading Score’ at age nine, even after adjustment for a large range of potential confounders. The results also suggested a worsening trend in cognitive outcomes as maternal iodine status decreased.

Dr Alison Yeates, a biochemistry researcher in Ulster University, told the <strong><em>Medical Independent</em></strong> (<strong><em>MI</em></strong>) that despite the “strong” scientific and medical evidence for the critical role of iodine, international recommendations for enhanced iodine consumption prior to conception and during pregnancy have not been adjusted for women in Ireland and the UK.

“You can’t argue with its role in the child brain’s development. So many observational studies have linked having even a slightly lower iodine level with negative effects later in the child’s life.”

Women may have their thyroid function checked during pregnancy but screening for iodine status is not typical, she added.

Dr Yeates noted that as there is no “pure” iodine supplement available on the market, milk and dairy products are the most important source of the mineral.

“There is a tiny amount of iodine in the standard prenatal supplements but to meet recommendations, women need to be consuming a significant amount of milk or dairy produce in addition to that multivitamin. Iodine is far better absorbed from these products anyway. The most important time to do that is actually before they even plan to become pregnant.”

She says not only should GPs communicate this to their patients planning to conceive, but a public health campaign should be run in schools to deliver this dietary advice to girls before they become sexually active. “This is especially important given the growing popularity of milk alternatives in that age group.”

Dr Beirne echoed Dr Yeates’s advice, saying that checking iodine status should become standard practice during pregnancy and GPs should be including advice on iodine in any consultation before and during pregnancy.

“Younger women and those that are pregnant need a bit more iodine; the thyroid gland is in more demand during pregnancy, while young women tend to drink a little less milk. The non-dairy alternatives do not have iodine in them, and these groups may not realise why iodine is so important.”

Eschewing alcohol during pregnancy is something the vast majority of expectant mothers are happy to do. Yet this advice now extends to the pre-conception period. Since 2016, guidance from UK Chief Medical Officers recommends that women who are planning a pregnancy or are pregnant abstain from drinking alcohol altogether. The HSE’s position is that there is no known safe amount of alcohol during pregnancy.

It was reported last year that Irish babies have the third-highest rate of foetal alcohol spectrum disorders (FASD) in the world, with a study in <em>JAMA Paediatrics</em> suggesting an estimated prevalence of 47.5 children with FASD per 1,000 births in Ireland, compared with a global average of 7.7 births per 1,000. FASD can include foetal alcohol syndrome (FAS), partial FAS, alcohol-related neurodevelopmental disorder, and alcohol-related birth defects. This data suggests about 600 Irish babies are born each year with FAS, and over 40,000 Irish people are living with the condition.

A motion at the IMO AGM earlier this year caused a certain amount of controversy, with calls for pregnant women to be screened for alcohol during pregnancy. Public health specialist Dr Mary O’Mahony proposed the motion, which was carried unanimously. She suggested that antenatal urine samples be tested for urinary ethyl glucuronide (EtG), a metabolite of alcohol produced through a reaction with glucuronic acid in the liver. EtG can be detected in urine for up to five days after a drinking episode.

Smoking rates in Ireland have fallen dramatically in recent years but a proportion of women still find it difficult to quit when pregnant. A recent <em>Lancet</em> study caused controversy when it suggested Ireland had the highest rate in the world of smoking during pregnancy, with 38 per cent of women lighting-up at some point. This compared with a European average of just 8 per cent.

Obstretrics SpR Dr Brendan McDonnell told <strong><em>MI</em></strong> that, in his opinion, this figure is incorrect.

“The problem with the <em>Lancet </em>study is their use of prevalence of smoking based on data pooled over 30 years. Obviously, the rate of maternal cigarette smoking 30 years ago was much higher than it is now.”

Dr McDonnell acknowledged the lack of a national system collecting information on smoking in pregnancy in Ireland. Data from the <em>Growing Up in Ireland</em> study and some published data from the Coombe Hospital suggests a significant decrease in recent years and a current smoking prevalence during pregnancy of around 11 per cent, he said.

“The women attending this clinic are helped to quit smoking and are scanned more frequently in their pregnancy to screen for growth restriction in the baby. The trial began recruitment in February of this year and we are already seeing results in some of our patients,” said Dr McDonnell.