Formulating a response on pregabalin 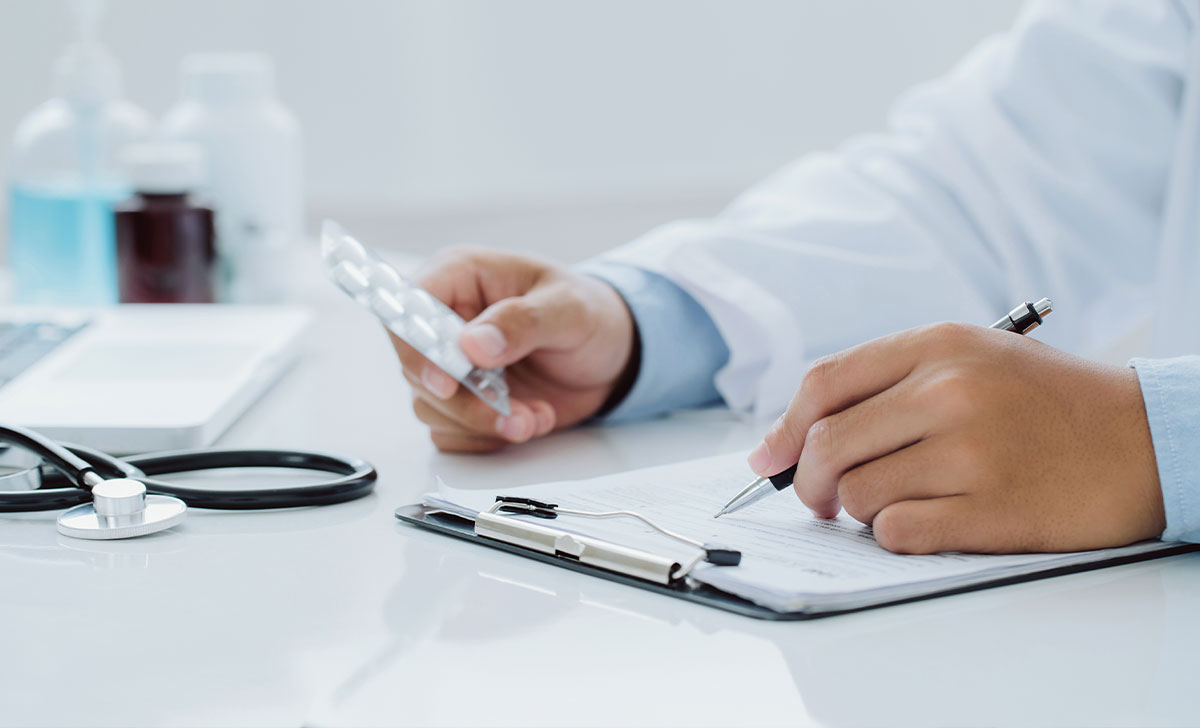 In recent years, controls and guidelines for the drug pregabalin have tightened in various...

Controls on prescribing of pregabalin have been initiated in a number of countries, but an effective response needs to be multifaceted, reports Catherine Reilly

In recent years, controls and guidelines for the drug pregabalin have tightened in various jurisdictions due to concerns about dependency, misuse, diversion, and related deaths.

In December, the Department of Health informed the Medical Independent (MI) that its early warning and emerging trends subcommittee was considering a consultation on controlling the gabapentinoids. This month a Department spokesperson said it had no further update.

In the EU, pregabalin is licensed for treatment of neuropathic pain, generalised anxiety disorder, and as an adjunctive therapy in epilepsy, in adults. The marketing authorisation for the drug (brand name Lyrica) was granted to Pfizer in 2004 (initially for the neuropathic pain and epilepsy indications). At the time, the European Medicines Agency (EMA) determined that the medication had low potential for abuse and dependence. A warning referring to abuse potential was added to the product information in 2010, according to EMA records.

The need for appropriate prescribing has been raised in correspondence to doctors from the Medical Council and HSE Medicines Management Programme, with the latter highlighting the “high level” of prescribing in a letter in January 2020.

Correspondence to GPs in 2020 also stated that the Executive was planning to provide them with prescribing analysis reports on pregabalin, although this has not yet occurred.

Drug-related death figures compiled by the Health Research Board have shown an increase in deaths where pregabalin was implicated, from 14 in 2013 to 45 in 2017.

In April 2019, pregabalin and gabapentin were made controlled drugs in the UK, and last year, pregabalin was removed from Northern Ireland’s national formulary for neuropathic pain “due to increased deaths” and the risks of dependence, misuse and diversion. Patients on pregabalin should “continue to be reviewed and stepped down slowly as appropriate”, stated the guidance. MI asked Northern Ireland’s health authorities if any review had been undertaken on the impact of reclassification. Its Department of Health said it could not comment, as the matter was the subject of unspecified legal proceedings.

Controlling the drug in isolation may have limited effectiveness, indicated some feedback to MI.

Co Down GP Dr Laurence Dorman, Chair of the Royal College of GPs in Northern Ireland, told MI a significant number of pregabalin prescriptions had been started in secondary care, principally in chronic pain and mental health clinics.

However, the labour-intensive work of de-prescribing largely fell to GPs and had not been adequately resourced, he said.

“While there has been this drive to reduce prescribing, there is seldom targeted, ring-fenced resource to do it,” he noted.

“General practice has benefited from new GP pharmacists in our practices, but we have found that they are already exceptionally busy acting on hospital discharge and clinic letters advising of medication changes.

“Not only is it exceptionally time consuming, but to do well, weaning patients off pregabalin takes multidisciplinary working, with mental health workers, etc, needed, so it is never easy to do in a busy practice.”

On his overall experience of the medication, Dr Dorman added: “Patients frequently gained weight on it and their bodies quickly developed tolerance meaning that their doses had to increase.”

“Few reported their pain disappeared and I have many patients who have struggled to wean off it successfully.”

Dr Niamh O’Brien, GP in Mervue, Galway, and member of the Deep End group [GPs working in disadvantaged communities], strongly considered that pregabalin should be made a controlled medication, due to its risk of dependence and side-effect profile.

Dr O’Brien, who has a special interest in addiction, said GPs had gradually become more cautious about commencing and prescribing pregabalin. She has not initiated the drug in many years.

The GP speaks to patients about the perceived helpfulness of the medication, reduced dosing and eventual discontinuation.

People diagnosed with fibromyalgia and other chronic pain syndromes have “ended up on quite high doses” with a number of side-effects including brain fog and weight gain, she said.

“It would originally have been marketed for neuropathic pain, discogenic-type pain, and sometimes it can help people, but not without major problems. People tend to be really sedated on it and can fall, and I sometimes come across older patients on it, which is really not acceptable.”

Dr O’Brien said there was a lack of evidence to support the role of medications in the treatment of chronic pain. In this respect there is “an onus on us to consider de-prescribing”.

There is also a clear dependency risk for people prescribed the drug for its anxiety indication, in Dr O’Brien’s view.

While there has been this drive to reduce prescribing, there is seldom targeted, ringfenced resource to do it

“When you are dealing with people with a tendency towards addiction, in general but not always, you are dealing with traumatised people, so people who might have had adverse childhood events, childhood trauma, abuse, etc. They are going to be drawn to something that might create a fog in their lives where they don’t have to think about the trauma they have gone through.”

Dr O’Brien also said there was a “great lack” of availability of publicly funded counselling services and insufficient resourcing of pain management clinics, which have long waiting lists. “There is a need for physiotherapists and psychologists on these teams to support those with chronic pain conditions. Medication is rarely the answer to chronic pain syndromes; it is invariably a complex situation requiring a team effort to support the patient.”

Due to its street value, potential diversion of pregabalin is another concern for GPs. Patients may continue to seek the drug for the purposes of raising income, a situation that Dr O’Brien has encountered.

People with opiate use and those in opioid substitution treatment (OST) are an identified at-risk group for problematic pregabalin use and overdose.

Dr O’Brien is a level two OST GP and some patients in treatment have a script for pregabalin.

“Any of my patients who are on methadone or suboxone who happen to be on a pregabalin script, I would highlight my concerns about it, I would try to encourage them to consider a reduction and also put them on phased dispensing.”

Safe de-prescribing in this cohort would be a more complex exercise compared to the general population. Dr O’Brien noted that the benzodiazepine detoxification service run by the Simon Community in Galway accepts referrals for pregabalin dependence issues.

She said increased resources for addiction services would be welcome, particularly in the area of benzodiazepine and pregabalin dependence.

Dr Tadhg O’Carroll, a GP in Waterford city, hopes to establish a de-prescribing clinic for benzodiazepines, opioids and pregabalin in the coming months. The aim would be to recall patients in a systematic way and discuss potential discontinuation of these medications where appropriate. It is intended to fund this clinic under a grant that was introduced for GP practices in socioeconomically deprived areas.

Dr O’Carroll, who is also a member of Deep End, has steered away from initiating pregabalin over the last couple of years. Amitriptyline would be the first-line option for neuropathic pain, while gabapentin would have less addictive potential, he said

In his experience, a small proportion of pregabalin prescriptions have come from psychiatrists and he has never seen it prescribed by neurologists for epilepsy. Mainly it has been initiated for pain, particularly sciatica, in settings such as emergency departments.

In some cases it has been useful as a short-term measure for sciatica, but not always. There are difficulties in getting patients off the medication, he confirmed.

“I have had some people who have had sciatica, gone off to a pain clinic and had a targeted injection, an epidural, and they were much better afterwards and I managed to get them off their pregabalin in a week or two, I have had those successes. I have other patients who might have tried and not succeeded. It is a significant issue – [although] maybe not as big as benzodiazepines.”

He also said he had referred a patient to a substance misuse centre for pregabalin dependence and was informed they did not offer a detoxification service.

“It might be a good idea to make it a controlled drug,” added Dr O’Carroll, who believed this may discourage new prescriptions.

He noted, however, that long waiting lists to access specialist pain and neurosurgical services, and the counselling in primary care service, were driving some prescribing of medications nationally.

Currently pregabalin is available under the brand name Lyrica and as a generic.

A spokesperson for Viatris, which holds the EMA marketing authorisation for Lyrica, told MI: “Patient safety and the appropriate use of our medicines remains a top priority for Viatris.”

“The efficacy and safety of pregabalin has been demonstrated in a large number of robust clinical trials among thousands of patients, as well as post marketing data….

“The product information for healthcare professionals and patients in Ireland reflects the risks accurately and provides appropriate guidance regarding the safe use of pregabalin. It is important to note when prescribed and administered appropriately, as per the approved product information, pregabalin is an important treatment option for many people living with the serious conditions requiring this medication.

“If pregabalin needs to be discontinued for any reason, it should be discontinued gradually over a minimum of one week – to help reduce the risk of drug related withdrawal symptoms manifesting.”