Fork in the road for military medicine training scheme 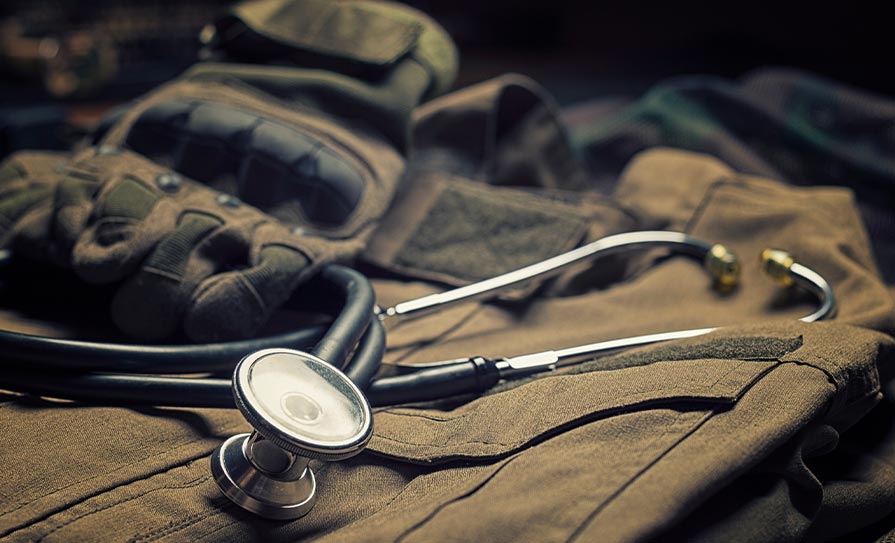 While the military medicine training scheme is one of the most exciting offerings in specialist postgraduate training, the salary scale in the military is dissuading some doctors from applying. Catherine Reilly reports.

A “review” of the military medicine specialist training scheme is ongoing, against a background of recruitment difficulties, the Medical Independent (MI) understands.

According to the Department of Defence, discussions were taking place on “all matters” relating to the scheme between the Department, Defence Forces, ICGP and HSE. The ICGP informed MI it had no role in the review.

In July, Fine Gael Deputy Colm Burke asked Minister for Foreign Affairs and Defence Simon Coveney if consideration would be given to increasing the salary of specialist practitioners in military medicine to match that of doctors working in the Irish Prison Service, considering the “existing discrepancy is impeding the Defence Forces in attracting doctors into the Medical Corps”.

The Minister responded by stating that the Government remained “fully committed to addressing pay and conditions across the Defence Forces”.

Currently, the Irish Prison Service requires recruited medical doctors to have specialist registration in general practice. An advertised post in March 2022 outlined a salary of over €147,000 per year for a 39- hour week.

In the Defence Forces, a direct-entry medical officer and a military medicine trainee in the third year of training are appointed as a Captain. According to the February 2022 pay scale, the first point is €72,090 and this rises to a maximum point of €85,054 excluding long service increment payments, where relevant. The next rank of Commandant has a salary scale of €89,986 to €97,801, excluding long service increment payments where relevant.

A Defence Forces spokesperson commented: “On successful completion of the first two years of the military medicine scheme, individuals are ordinarily promoted from Lieutenant to Captain. According to current Defence Forces Regulations, after nine years’ service as a Captain, on the recommendation of the Chief of Staff, an individual qualifies for promotion to Commandant.”

“With regard to medical officers and dental officers, where a Commandant’s vacancy arises in either of these streams where no officer has completed the required fixed period of service, a competition will be held between all Captains of the stream in question who meet the historically accepted standards and requirements for promotion to Commandant (non-fixed period) and who have a minimum of five years reckonable service in the rank of Captain.”

In 2015, the Medical Council recognised military medicine as a specialty after years of planning and advocacy, which was spearheaded by the then Director of the Defence Forces’ Medical Branch, Col Dr Gerry Kerr (now retired).

The aim was to ensure a consistent supply of specialist-trained medical officers available to the Defence Forces and to reduce dependency on direct-entry medical officers.

Doctors who successfully complete the five-year military medicine training programme will have a specialist qualification in both military medicine and general practice and this dual qualification is considered an attractive element of the programme. After completion of training, there is a three-year service commitment to the Defence Forces and it is envisaged medical officers will serve overseas for a period during this time.

Trainees are Commissioned Officers of the Defence Forces for the duration of the training scheme, according to the ICGP website. During the first two years of the scheme (initial specialist training) the trainee is seconded to, employed, and paid by the HSE. During years three-to-five (higher specialist training), the trainee is employed and paid by the Defence Forces.

Trainees are commissioned into the Defence Forces in the rank of Lieutenant and are released to rotate through hospital posts. Trainees also undergo basic military induction conducted over two one-week periods in the Defence Forces Training Centre in the Curragh.

For higher specialist training, trainees are promoted to the rank of Captain. This period involves a further six weeks of modular military training.

The specialist training programme was launched in 2017 with the intention of recruiting two trainees per year.

However, currently there are only three doctors on the scheme. “Three doctors have left, or are leaving the scheme early, for various reasons,” stated an ICGP spokesperson.

The College’s spokesperson confirmed its role in the programme was to “train GPs who wish to work in the military”.

MI understands another issue that has impacted military medicine trainees is non-payment of an out-of-hours allowance as part of GP training. However, there has been a recent development on this matter.

It is understood this would cover the HSE component of the trainees’ out-of-hours commitment.

Currently, ‘sick parade’ is outsourced with one agency providing the service in most barracks.

According to the Representative Association of Commissioned Officers (RACO), a factor hindering recruitment of medical officers is the timeline for their fixed period promotions, which is currently nine years. Prior to 2015, direct-entry medical officers automatically rose from Captain to Commandant rank after three years. However, this measure was discontinued and subsequently reinstated at nine years. Fixed period promotion is not a feature of the terms and conditions of military medicine trainees.

RACO is in dispute with the ‘official side’ (Department of Defence, Department of Public Expenditure and Reform and military management) over the matter. The Association remains “hopeful” that the fixed period promotion term will revert to three years in order to enhance recruitment and retention.

Mr Derek Priestley, Deputy General Secretary of RACO, said adjustments to promotion arrangements are required for both direct-entry medical officers and military medicine trainees “so that pay scales remain in line with junior to middle ranking doctors in the HSE”. He added that the Defence Forces has “a lot to offer in terms of CPD, deploying overseas and family friendly/work-life balance policies, but these really need to be optimised and amplified further”.

He said RACO wanted the Defence Forces to be able to attract the “best available medical officers” in respect of qualifications.

The Department of Defence said the qualifications, experience, and registration requirements of medical officers in the Defence Forces were matters for “military management”.

Regarding the training scheme, the Department spokesperson said: “Discussions are ongoing between the Department of Defence and the Defence Forces, and the Irish College of General Practitioners and the HSE, on all matters relating to the military medicine training scheme. The review of this scheme has not been concluded as yet.”