Fighting to improve care for people living with CF 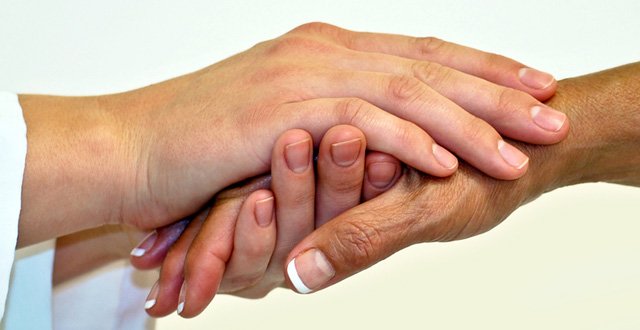 In spite of the incredible evolution of cystic fibrosis (CF) care over the last 10 years, CF remains a very challenging illness for the patients and families affected by it. That was the take-home message from this year’s 2019 Cystic Fibrosis Ireland (CFI) Annual Conference and AGM, which took place in the Mount Wolseley Hotel in Tullow, Co Carlow, on 29-31 March.

CFI CEO Mr Philip Watt opened the three-day event by drawing conference delegates’ attention to the incredible evolution in CF care that has occurred since the 2009 publication of the HSE’s CF services report. This report largely endorsed the findings of the earlier CFI-commissioned Pollock Report (2005), which called for a dramatic overhaul of CF services in Ireland in order to reach acceptable clinical standards.

Since then, a network of specialised CF hospital centres has been developed, transplant rates have improved, newborn screening for CF was introduced in 2011 and a range of innovative and ground-breaking drug therapies which address the root cause of CF, including ivacaftor (Kalydeco), lumacaftor/ivacaftor (Orkambi) and tezacaftor/ivacaftor (Symkevi) have been approved.

In hindsight, there was also a further crucial, and largely unsung, development which was to have a very profound impact on CF care in Ireland. Because of the shocking findings of the Pollock Report, significant additional resources were made available to increase the number of CF consultants in Ireland. These new, dynamic CF consultants were in large part recruited from experienced CF and general respiratory doctors who were Irish but working in hospitals in the US, such as Seattle in Washington State, Philadelphia, Baltimore in Maryland and New York. Their return gave CF care in Ireland a huge boost.

Dr Laura Kirwan (PhD), Research Statistician at the CF patient registry, outlined the dramatic impact that these improvements have had on the quality-of life for people living with CF in Ireland. Mean lung function, BMI and median age of survival have all seen marked improvement over the last 10 years. The median age at death has also increased, from 25 years of age in 2009, to 32 years of age in 2017.

Dr Michelle Murray, Consultant Transplant Respiratory Physician at the Mater Misericordiae University Hospital, Dublin, highlighted that, as a result of these improvements, many patients are now not requiring transplant until well into adulthood. She went on to say that transplants are not for everybody. According to Dr Murray, transplant patients are a very unique group of CF patients and they face their own particular challenges and have their own specialised needs.

For individuals with CF, post-transplant survival is increasing, so Dr Murray recommended periodic discussion of lung transplantation to destigmatise the procedure. This discussion would include the risk of various complications that can develop post-transplant, such as chronic rejection and various malignancies. It would also include discussion of the transplant and post-transplant journey, which can be very psychologically challenging.

Patients and their families may be disheartened as the steep rate of recovery during the early post-operative period begins to plateau and is replaced by the slower pace of functional improvement. While patients may have higher levels of post-transplant functional ability and quality-of-life compared to their pre-transplant levels, it can take several years for transplant recipients and their families to fully adjust to the new range of stressors associated with life post-transplant.

As noted in the introduction, although there have been many medical advances, including in the areas of transplant, much remains to be done for patients and families affected by this difficult condition. As Mr Watt noted, there is still an urgent need for Government funding on the promised 20-bed inpatient centre in Beaumont Hospital, Dublin, and there is continued understaffing in many CF units.

It is anticipated that the Irish CF population will continue to grow, particularly the adult population. A study published in the European Respiratory Journal forecasted that in 16 countries (including Ireland), the number of adults with CF would increase by approximately 75 per cent by 2025.

There are well-established complications, such as CF-related diabetes, haemoptysis (coughing up blood), collapsed lungs and issues with bone health, all of which are more common in adult patients. As patients get older, they also become increasingly colonised by infections which are multi-drug resistant and much more complicated to treat. There are also other less well-defined but emerging complications that may well become more common in the future care of adults living into their fourth decade and beyond.

In tandem with this increase in the adult CF population, there has been, and will continue to be, an increase in the complexity of care. This translates to adherence to increasingly complex treatment regimens for patients with CF, which is time-consuming, intrusive and often an overwhelming responsibility. PhD researcher Mr Michael Twomey sought to address this issue in his presentation.

He is a 47-year-old CF patient who is developing a patient management system that enables people with CF to accurately capture their medical or health history between appointments and record key information communicated by clinicians. He published a medical appointment checklist booklet in January 2019, which has subsequently been distributed to every CF patient and carer in Ireland and won a Gartner award for innovation.

Prof Barry Plant, Director of the Adult CF Centre at Cork University Hospital, highlighted the importance of long-term, real-world data on ivacaftor and lumacaftor/ivacaftor. In addition to the short-term benefits measured in clinical trials, these drugs have significant “slow-burn” benefits, which have the potential to dramatically alter the course of this disease.

Many of these “slow-burn” or other benefits are themselves independent predictors of mortality or worthy of further consideration in the context of clinical benefit for patients with CF. Unlike ivacaftor, where the benefits can manifest in as little as 48 hours, lumacaftor/ivacaftor can take a little longer to show its full benefit for patients (especially for those starting from a low base of lung function).

However, patients with CF (like Bevin Murphy, Jillian McNulty and Caroline Heffernan) and parents of children with CF (like Bernie Martin, mother of Eva Rose Martin) are well used to taking the long view. Their presentations, covering the past 10 years, included harrowing stories of worsening health as well as the health advances, goals and achievements that kept them going.

Their presentations were also replete with ideas and strategies on how to cope with the added responsibilities of either having CF or caring for a child with CF, which include developing a routine and prioritising, enlisting the help of others, talking with other individuals and families affected by CF, and consulting with the CF care team. The importance of training and physical exercise for CF was another theme that many of the speakers covered in their presentations.

Ms Nicola Hurley, PhD researcher at Dublin City University (DCU), returned to this theme in her presentation. Evidence suggests that regular exercise training improves cardiovascular fitness, which is directly associated with an increased life span for people living with CF.

Not only does regular exercise improve cardiovascular health, it also has the potential to lower the risk of developing certain cancers, cardiovascular diseases, circulation issues, diabetes and hypertension, while also slowing the annual rate of decline in lung function and serving as an important determinant of health-related quality of life.

Ms Hurley is a part of the MedEx Research Team at DCU and her research (co-funded by CFI and the Mater Foundation) focuses on the effects of exercise in the management of CF patients undergoing lung transplantation.

CF: In it together

Ms Bernie Martin summed-up the conference well when she highlighted that there are still many ups and downs and conflicting emotions associated with CF. Progress can be slow and incremental and the CF community must work together. People with CF need the support of their families, care-givers, friends and extended support networks, all of whom deserve recognition.

CF can be very isolating, but people with CF and their families know what others with CF go through every day. Despite the diversity of patient cases, the myriad mutations that can cause each case of CF and the unique medical contexts that shape each case, CFI and the CF community know that we must continue to adopt an approach that leaves no-one behind in CF care.