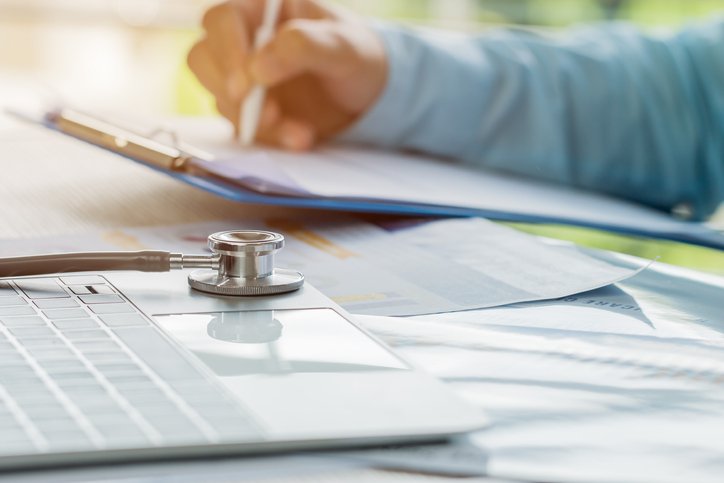 Findings from the first national audit of early intervention in psychosis services are encouraging, but there is plenty of room for improvement. Catherine Reilly reports.

HSE early intervention in psychosis (EIP) teams are performing well across a number of domains, compared to data collected from services in England and Wales over the same period, according to the first national audit report for Ireland.

However, the national report advised caution in drawing comparisons due to the disparity in sample sizes. Additionally, the findings “say nothing about unmet need for services known to exist in the general population”.

Each year in Ireland, approximately 1,300 adults and 230 adolescents develop a psychotic disorder for the first time. Effective EIP services provide prompt assessment and evidence-based interventions to support personal recovery for people experiencing early psychosis and their family. There is extensive evidence to show intervening early in psychotic disorders is associated with a range of benefits, including lower levels of symptom severity, suicidality and death; lower risks of progression to more enduring stages of psychosis; and better rates of remission, recovery, and relapse prevention.

The HSE National Clinical Programme for EIP has worked with the UK National Clinical Audit of Psychosis (NCAP) to extend the NCAP EIP audit to Ireland, which has culminated in the first national report utilising data from 2020.

According to the findings, which related to two EIP services in Ireland, some 97 per cent of service users experienced timely access to EIP services and started treatment within two weeks of referral. This compared with 36 per cent in Wales and 72 per cent in England.

According to the national report: “Outcome measures which are used to assess health and social functioning of people with severe mental illness were completed for 49 per cent of service users, on at least two occasions, measuring the effectiveness of the care and treatment provided.”

“This is an encouraging baseline measurement. For comparison, services in England recorded this at 41 per cent in the previous 2019/20 round of audit, increasing to 55 per cent in the current round.”

However, results from the patient level and service level data demonstrated areas where improvement was needed. There was no cognitive behavioural therapy provision for people with an at-risk mental state. In addition, aspects of physical health monitoring and intervention “clearly” required improvement, particularly monitoring for BMI, blood pressure, blood glucose, and lipids and associated interventions for service users where required.

Physical health screening and intervention are important to maintain because of the increased risk of later morbidity and mortality for this first episode psychosis (FEP) group, related to cardiovascular disease, diabetes, and smoking. Where these screenings/interventions are carried out outside of the EIP service, it is important that follow-up is recorded, according to the report.

The report also noted that the caseload per whole-time EIP care coordinator was 27.1, “much higher than the maximum 15 set out in the model of care.” Moreover, the lack of EIP provision for under-18s who experienced FEP needed “to be addressed”.

In response to queries from the Medical Independent, a spokesperson for the HSE said it was important to note the development of EIP services in Ireland was at an early stage and only two EIP services participated in this audit (RISE, South Lee, Cork; and DETECT, Dublin).

“However, the audit findings are very encouraging and provide a solid benchmark for the future development of Irish EIP services. Additional EIP services will be included as they become fully operational. This year, 2022, we will be reporting on four services based on 2021 data. One of the teams that participated in year one of the audit did not have EIP keyworkers in place at the time of the audit and this affected the average caseload numbers found by the audit. Additional funding has since been provided to this team and keyworkers were recruited in 2021 with additional funding to recruit more keyworkers in 2022 also in place.”

“The leading cause of years-of-life lost in this population is poor physical health. Cardiovascular disease and metabolic disorders are at 1.4-to-two-fold more common in this population and there are higher rates of smoking, obesity, sedentary behaviour, substance use, and poor diet. The NCAP audit 2020/2021 found that measuring and intervention in HBA1C and lipids were poor in the Irish teams.

“In an attempt to improve physical health screening, we have received once-off funding for 2022 to support the introduction of point of contact testing devices in each of our EIP teams. We will be linking up with a UK-based research project, which has already demonstrated an improvement in screening and intervention associated with the introduction of these point of contact testing devices in EIP teams. We propose utilising these devices to measure, analyse and report on HBA1C (blood sugars) and lipids on-site in the five EIP teams.” This will allow teams to measure, report results, and initiate intervention (if appropriate) at the same meeting with a service user.

The model of care for the national clinical programme was developed in collaboration with the College of Psychiatrists of Ireland and launched in June 2019.

The programme has received €2.4 million in funding to support implementation of EIP services from 2015 to December 2021. This year, the programme has been allocated an additional €1 million to support the appointment of extra staff to the existing five EIP teams.

The model of care sets out a standalone EIP service model for a population greater than 200,000; and a hub-and-spoke approach for rural areas and towns with populations below 200,000.

“The rates of new onset psychosis vary considerably across and within countries,” according to the HSE spokesperson. “Rates are higher where there are more young people, more socioeconomic deprivation and greater ethnic diversity.”

A fully staffed EIP specialist team in an urban area, with a high incidence of psychosis providing care in a population of 200,000 people aged 14-to-64, would expect to see approximately 70 new cases each year, with an overall caseload of about 200 people with FEP after three years (the EIP programme delivers care for three years). A team with this capacity would cost in the region of €2.5 million to fully resource.

A team in a more rural setting, where there are fewer young people in the at-risk age group and lower levels of socioeconomic deprivation, would have lower numbers of psychosis cases presenting for care and “cost somewhat less to staff in line with the EIP model of care”.

The national clinical programme has commissioned an incidence of psychosis mapping report from an expert group in University College London. This report will reliably predict the rates of psychosis in each mental health service in Ireland, eg, it will enable an estimate of the number of people presenting with psychosis in a local town/suburb in order to plan services accordingly.

This report will be published by mid-2022 and support the national clinical programme to ensure resources are fairly allocated as EIP teams are rolled out nationally.

Plans for 2022 also include working with CHOs and local clinical leads to identify three sites ready to implement new EIP specialist teams in 2023. The national clinical programme will advocate to the HSE and Department of Health to secure funding to implement these teams (€5 million) as part of the estimates process.