Dublin in time of cholera 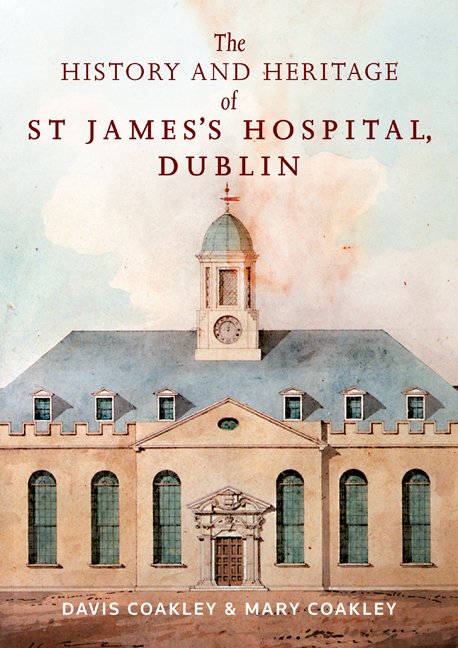 The beginning of 1849 saw a further increase in the numbers seeking admission to the South Dublin Union. Weak and starving, the population was struggling to recover from the Famine and had little resistance to the epidemic of cholera that now spread throughout the country. Cholera is contracted by drinking water or eating food that has been contaminated with faeces spread through the seepage of infected sewage into the water supply. There had been a previous epidemic in 1832, but this one was far more destructive. The epidemic started in Afghanistan in 1845 and slowly made its way through the Middle East to Europe.

In December 1848, the board of guardians received a letter from the Dublin Sanitary Association enclosing a copy of a report on strategies to be undertaken should cholera revisit the country. The guardians instructed the apothecary to immediately prepare two 50-bed hospitals to accommodate patients suffering from cholera and other epidemic diseases. The master of the workhouse was also asked to prepare 100 beds with bedding. A subcommittee established by the board reported one week later. It recommended that accommodation should be acquired in south Dublin to serve as a temporary cholera hospital and that the fever sheds at the Kilmainham end of the South Dublin Union should also be used for patients with cholera.

As a result, a temporary hospital was established in Brunswick Street (Pearse Street). The committee also recommended that a medical officer should be appointed to each parish with the purpose of “promptly attending outdoor patients attacked with cholera and transmitting same to hospital, if necessary, without delay”. Placards were posted “directing all poor attacked with bowel complaints to apply where they may be properly attended”. Overcrowding in the wards of the South Dublin Union was still a major problem and exposed the inmates to virulent infections.

Around this time the matron warned the board that “pestilence” would be the result of the crowded state of the female wards: “There are 136 beds with three in each and in the nursery there are four persons in each bed… additional dormitories, day rooms are greatly required.”

The first cases of cholera in Ireland were reported in Belfast towards the end of 1848.

At a meeting of the South Dublin Union’s cholera committee, that was held at the hospital in Brunswick Street on the 13 February 1849, William Moss, the medical officer for that area, reported five deaths out of the six cases of Asiatic cholera he had treated within the previous week. There were many cases with “premonitory symptoms” of cholera that had been treated with good results.

In mid-May the board received a report from the physician in charge of the Kilmainham sheds stating that patients were being admitted in an advanced state of cholera because of inattention to premonitory symptoms. The board decided to make representations to the Roman Catholic clergy to urge their congregations to seek medical attention at the first sign of symptoms. The number of people infected was beginning to rise and the epidemic was obviously spreading. At the same board meeting it was reported that there were 11 cases of cholera in the Brunswick Street hospital, 31 cases in the Kilmainham sheds and Moss indicated that on district visitation they had identified 36 cases. The board responded by intensifying medical visitation in the areas from which the patients originated. Doctors were recruited as assistants on a week-to-week basis to carry out the inspections. By the end of the month, numbers had escalated to 30 cases in the Brunswick Street hospital and 77 cases in the Kilmainham sheds, 31 of whom had died in the previous week. Increasing numbers were also being found at the district inspections. The total number of admissions to the Kilmainham fever sheds and Brunswick Street hospital in the six months from the start of the epidemic was 458 patients, 199 of whom had died, while 72 were still in hospital.

James Clarence Mangan, author of the beautiful lyric poem, <em>Dark Rosaleen</em>, developed cholera towards the end of May 1849. He was admitted to the Kilmainham sheds in early June. Mangan’s general health was very poor and he was addicted to alcohol and opium. He had already spent time in the South Dublin Union, having been admitted to the fever sheds in the spring of 1848. Mangan was considerably weakened by the cholera and remained for some days in the Kilmainham fever sheds. After leaving the sheds he took refuge in a “miserable garret in Bride Street”, where he deteriorated rapidly. In mid-June he was admitted to the Meath Hospital under the care of Dr William Stokes. He died a week after admission on 20 June 1849, aged 46. His last poem was published in <em>The Irishman</em> shortly before his admission to the fever sheds in Kilmainham. It was a cry from the heart entitled <em>The Famine</em>:

<em>The young man stretched himself along the earth,</em>

<em>And perished, stricken to the core!</em>

Another poet of the period, John Keegan, who like Mangan had contributed poems to <em>The Nation</em> and other publications throughout the 1840s, was also a victim of cholera. Keegan was born near Abbeyleix, Co Laois, in 1809. He worked as a clerk to a relief committee during the Famine. His poetry reﬂected his concern for those affected by the ravages of the Famine. He moved to Dublin in May 1847 where he found cheap lodgings at 8 Lower Bridge Street. Keegan was depressed and in poor health when the cholera epidemic swept across the country in 1849. One of his last poems was entitled <em>To the Cholera</em>, and opened with the verse:

<em>And sealing up each new-born spring of joy.</em>

Keegan contracted cholera in June 1849 soon after writing the poem and was admitted to the fever sheds at Kilmainham, where he died shortly after admission. The editor of <em>The Irishman</em> newspaper announced the news of his death:

“Another son of genius is gone. Death is becoming an epicure and selects the choicest victims. It is not many weeks since we closed the grave over James Clarence Mangan; his friend and fellow poet, John Keegan, did not tarry long behind him… There were no legends, familiar to the peasantry, with which he was not acquainted. His poems were thoroughly idiomatic and racy of the soil. They were the Irish heart translated and set to music. They touched us more than the polished lines of drawing-room bards, because they did not consecrate affection, but showed us ourselves.”

An anthology of his writings was published in 1907.

By the end of June 1849 there were signs that the epidemic was abating. Tragically, it was at this time that Gordon Jackson, Medical Officer to the Kilmainham fever sheds, contracted cholera and died a few hours after the first symptoms appeared. He had worked continuously and tirelessly at the fever sheds, sleeping on the premises. Jackson was a talented doctor with great potential and he was a lecturer in the School of Practical Medicine and Surgery on Meath Street.

The Brunswick Street hospital was closed in September 1849 and two months later a decision was made to close the Kilmainham sheds in the South Dublin Union. Even though the cholera epidemic and the potato blight were no longer major issues by the end of 1849, the mortality rate did not fall significantly for a further two years. Despite the persistent high mortality figures there was a political eagerness to declare that the crisis had been resolved.