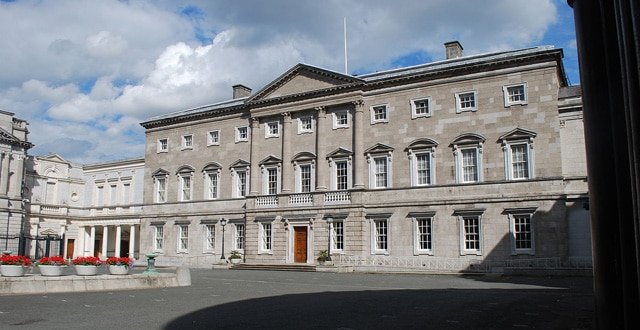 The interview with Tony O’Brien, former Director General of the HSE, in The Sunday Business Post (4 Nov 2018) made compelling reading.

Set-piece interviews such as this are frequently used as a tactic to assist in setting the record straight after a rocky period.

They carry risks. Journalists want ‘newsy’ and entertaining copy and subjects want to get their messages across.

Both agendas are not always compatible, so they can trigger a bit of a kerfuffle.

As such, Mr O’Brien’s comments attracted positive and negative reactions.

One positive outcome was the airing of the power struggles that exist between the political system, the Department of Health and the HSE, which get played out at Oireachtas and Public Accounts Committee (PAC) meetings.

Perhaps it’s time to start a conversation on how these meetings could be more effective in serving the public, rather than the political system.

These Committees can and do carry out great work. They are at their best when elected representatives research their subject in detail, ask well-researched, relevant and probing questions of witnesses, and form conclusions and recommendations based on evidence and sound reasoning to champion important issues, legislation and causes on behalf of the people who elect them. They fail in their purpose when they are used to harang witnesses and create headlines.

Unfortunately, when it comes to health, the most emotionally-charged issue of them all, sound reasoning, balance and fairness are often set aside in favour of headline-grabbing outrage.

Granted, it can be frustrating for Committee members when trying to extract information from witnesses on the health crisis du jour; they sometimes get what they perceive are equivocal responses or stonewalling.

But this is sometimes the best that can be offered in this public setting because a crisis in the health service, like any crisis, always has many complex moving parts; facts are still slippery and shifting.

Crises, by their nature, do not lend themselves to simple black-and-white answers or the type of quick-fix solutions that Committee members expect.

In these charged environments, witnesses always come out worst, even when they are trying to do their best.

From 2006, the HSE was seeking to change the way community pharmacists were reimbursed under the various Government-funded schemes. The changes were designed to save in the region of €100 million a year.

The change was the subject of a series of heated Oireachtas Committee and PAC debates between 2007 and 2008.

The three main stakeholder groups participating in these debates were elected representatives, representatives of community pharmacists and HSE executives; the Department was virtually absent.

The HSE executives presented the reasoning behind the change; its benefits, Government policy support, and inequity of the existing system in the context of European norms.

The pharmacy representatives objected strenuously to the change, predicting that the community pharmacy system would fall apart because they would be operating at a loss.

Most of the Committee members, including the Minister for Health at the time, did not support the HSE executives in implementing the change and wanted it stalled.

Both opposing groups referred to HSE executives as engaging in “bullying and intimidating” tactics.

Neither group could challenge the rationale behind the plan or its merits because it was sound, so they focused on undermining the HSE executives as a back door to undermining the change and slowing it down.

The HSE executives were going out on a limb to bring about real reform in this one small sector of the health service and were paying a high personal price for making and implementing the necessary hard decisions. The change was ultimately implemented and, so far, is likely to have saved well over a billion euro.

Looking closely at what was going on at these debates, we can see that the quality of the debate was surprisingly poor.

Of the thousands of utterances by all over many hours, only 8 per cent were arguments supported by any evidence. The rest were based on unsupported claims, statements, loaded questions, hearsay and opinion.

In such a formal, structured environment where big issues are being discussed and debated by well-seasoned operators, it would seem like a great waste of time that so little time was spent on rational arguments and reasoned debate and so much is spent on just, well, talking.

The Committee’s processes operate according to strict procedures. Perhaps the same rigor should now be applied to the content and the quality of argumentation all participants should be allowed use. The public would be better served.