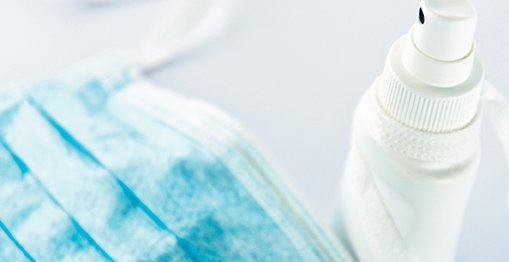 Medical mouth guard recommended by doctors and disinfectant spray to protect against the spread of viruses and bacteria such as coronavirus and epidemic.

The emergence of Covid-19 initially encouraged many older doctors to return to the workforce, but concern is now mounting that the virus could accelerate retirements. Niamh Cahill investigates

The emergence of Covid-19 initially led to many older doctors returning to the workforce. It prompted others to delay retirement plans as they felt a moral obligation to help patients during the crisis.

But anecdotal evidence now suggests doctors late in their career are weighing-up their options around giving up work in light of the pandemic.

This is because of the health risks to older doctors posed by the virus, concerns around the impact of the economic decline on pensions, and the risks to vulnerable family members of doctors.

So, will the virus precipitate retirements among doctors? Or are late-career doctors simply seeking more nuanced changes, initiated by Government, in how they practice in order to continue working?

Data shows older people are at more risk of developing severe illness from Covid-19. Of the almost 3,200 hospitalised cases in Ireland, more than half (around 1,790) were in those aged over 65.

Prior to the Covid-19 crisis, the ICGP had warned that almost 700 GPs were over 60 and would retire in the next four years. This situation now seems even more acute.

Because of the risks to their health, some older doctors, including GPs, have pulled back from the frontline. Many are assessing their retirement options.

According to Monaghan GP Dr Illona Duffy, there are two doctors at her practice who cannot see patients because of their age.

Sixty-four-year-old Macroom GP Dr Peter Cronin believes the pandemic “will accelerate retirements” and said it has “hugely accelerated” his interest in retirement.

“I’m healthy but there is an increasing risk with increasing age,” Dr Cronin told the Medical Independent (MI).

“I am more interested in retiring now because of Covid, but I wouldn’t leave my colleagues without support.”

But support, or rather extra GPs, is difficult to attain in the town. It has had a vacant GMS list for nine months, which is currently being filled by a locum due to lack of interest in the post.

Existing GPs in the town had not taken on any new patients in the past three-to-four years and there had been no new GP in Macroom for around eight years, said Dr Cronin.

This was due to workload concerns and an inequity in out-of-hours work in Co Cork, he explained.

GPs in the Southdoc Cork City cell work about 60 hours a year for the co-op, while in his area, GPs work about 270 hours per year.

Because of this inequity, he said recruiting new GPs “is difficult”.

There are currently around 3,000 GPs in Ireland who hold at least one publicly-funded health sector contract.

It is estimated that 42 GMS GPs will retire in 2020, according to the HSE.

A HSE spokesperson said it is “currently engaging with the IMO on proposals to  maximise opportunities for enhancement of GP resources for the coming winter period and in particular opportunities for the graduates completing training on 12 July this year”.

Meanwhile, the HSE’s doctors integrated management e-system indicates there are 44 hospital consultants who will reach the age of 65 in 2020. But they may or may not decide to retire at this age.

“I had intended to stay longer, but I’m starting to wind down now.”

She retired from the GMS in 2018 and since this time has been working in private practice. She currently works two days a week.

The virus has created “a new way of working” for GPs and has made consultations very challenging, said Dr Rogan, who wears PPE when seeing non-Covid related medical problems.

“It’s very constrained. It’s not the same… I don’t want to catch Covid. A lot of my colleagues are not seeing patients at all, they are just giving phone advice.”

Sixty-seven-year-old Mitchelstown-based GP Dr Jack Griffin told this newspaper he does not see confirmed or suspected cases of Covid-19 at his practice, due to his age.

He plans to retire at the end of 2020, but had already decided to stop work before the pandemic emerged.

In fact, despite the personal risks posed by the virus, he said: “If my retirement had occurred during the height of the pandemic, I would have deferred it” in order to assist colleagues.

Charleville-based GP Dr Tom Molloy turned 65 in March. He has had cancer but despite the risk he faces if contracting the virus, feels he could not have walked out on colleagues during the crisis, “from a moral point of view”.

He has no immediate plans to retire, but rather has called on Southdoc, which covers counties Cork and Kerry, to remove the obligation on GPs aged over 65 to work at the co-op.

But he does not want this to create an extra burden on younger GP colleagues. Instead, he would like to see the Government initiate the change by removing older GPs from out-of-hours work and increasing resources in order to mitigate possible staffing problems.

“The big risk is Covid now. I’m statistically at risk. I’m working every day now for the next 14 days. On Saturday and Sunday, I will work at the co-op from 9am to 9pm each day,” he said.

“It’s a terrible health risk for us to work out-of-hours where we don’t know the patients and have no nurse support.”

Financial advisers have reported a rise in the number of enquiries from doctors regarding their retirement options.

According to IMO President Dr Padraig McGarry, the Organisation has seen a significant increase in enquiries from doctors on retirement issues.

In particular, many queries are from single-handed rural GPs and doctors over 60 years of age, he said.

“It is uncertain as of yet if these enquiries will translate into actual retirements,” he noted.

The pandemic has plunged economies worldwide into decline and rendered numerous unemployed.

Because of this, many doctors are concerned their pensions will be affected negatively by the pandemic and are assessing their options.

Sixty-five-year-old Kells-based GP Dr Peter Wahlrab retired on 31 March after 40 years. He had a GMS practice of 2,000 patients and around 6,000 registered private patients.

He made a decision to retire before the crisis emerged. Speaking to MI, he noted several reasons for his decision.

Among them was the fact that he felt like “a hamster on a wheel”.

“The FEMPI cuts were crucifying and the introduction of the under-sixes created an insatiable demand for care,” he said.

“Essentially, I was working for free. I am better off now that I am retired than when I was working. This shows the financial model of general practice is broken.

“My retirement was driven by workload issues and the lack of a viable business model but if general practice was structured correctly it would make GPs stay working for longer.”

His pension has not been adversely affected by the crisis, he said, as he took “good advice early on and took out a private pension”.

Dr Wahlrab cares for elderly family relatives and has “cocooned” during the pandemic in order to continue to care for them.

If retirements increase, it could exacerbate the already significant manpower crisis in healthcare.

In 2019, almost 40 per cent of doctors registered with the Medical Council were aged 46 and over. Almost 20 per cent were aged 56 and over.

Furthermore, around one-third of GPs here are over 55 years of age, according to the ICGP.

Despite the huge need for extra staff in healthcare, the pandemic has resulted in job losses.

Practice nurses have been made unemployed, while others working in general practice have had their working hours reduced, according to anecdotal reports.

Some GP locums are not getting the same amount of work they did prior to the pandemic, Dr Wahlrab said.

But he does not believe the pandemic will “drive people out of practice”.

“What Covid has done to general practice is the challenge. What will happen when the Covid STCs run out? They have practically been replacing private income.”

A number of practice nurses have been put on “shorter time” because of the crisis, Dr Molony advised.

Doctors due to take up employment have been unable to do so due to the financial uncertainty created by the virus in general practice, he added.

“Because there is no financial security, practices can’t employ people to fill roles, even if they need them,” said Dr Molony. He described the change in private practice in recent months as “enormous” and warned
“the Covid payments can’t continue forever”.