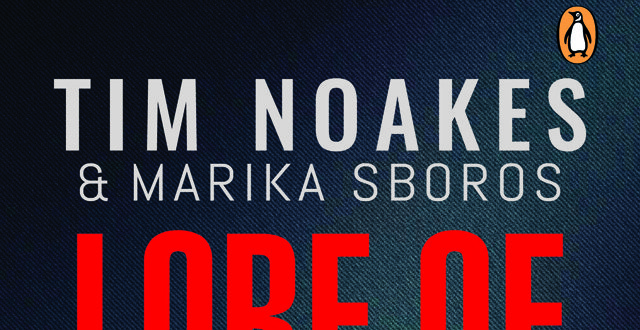 <em>Lore of Nutrition</em> depicts a man steeped in “clean” science being dragged into a mire of “dirty” science by a medico-scientific mafia, culminating in what has been called “the Nutrition Trial of the 21st Century”. Yet the victim — far from being destroyed — has “survived, sanity intact, the unfathomable cruelty of the bigotry, bullying and betrayal described in this book…”

Since 2004, Prof Tim Noakes of the University of Cape Town (UCT) has been rated by the South African National Research Foundation (NRF) as a world-leading A1 scientist in both sports science and nutrition, and six times he has successfully challenged accepted medical and scientific dogma.

Thus, in 1985, Noakes et al reported the first cases of exercise-associated hyponatraemia (EAH) and its related encephalopathy (EAHE). By 1991, they had disproved the fallacy of the ‘dehydration myth’ that we should drink beyond the dictates of thirst, stating that EAH and EAHE occur in those “who ingest abnormally large fluid volumes during prolonged exercise”.

In 2010, Noakes commented that their paper “might as well have been written in Latin, for all the impact it has had”, speculating that “commercial influence delayed the acceptance of our findings for two decades”.

But 2010 was significant for other reasons. It saw the completion of <em>Waterlogged: The Serious Problem of Overhydration in Endurance Sports</em> (2012), where Noakes runs deeply-incised evidential rings around the spurious scientific claims of apologists for the sports drinks industry, and also heralded the ‘Damascene moment’, when the ultra-running Professor understood the dietary havoc he had wrought on himself — he has type 2 diabetes — through his high-carbohydrate diet. A diet, moreover, he had in good faith recommended for athletes in his best-selling <em>Lore of Running</em>.

By September 2012, knives, if not forks, were out. The day after Noakes received the NRF’s Lifetime Achievement Award, the <em>Cape Times</em> published a letter from a group of UCT cardiologists complaining that Noakes’s promotion of a LCHF diet was “contrary to the recommendations of all major cardiovascular societies worldwide, is of unproven benefit and may be dangerous for patients with coronary heart disease… ”

This preceded Noakes being charged with professional misconduct by the Health Professions Council of South Africa (HPCSA) following a tweet he made in February 2014 to Pippa Leenstra, who had asked Noakes and his co-author of <em>The Real Meal Revolution</em> (2013) whether LCHF was okay for breast-feeding mothers, adding: “Worried about all the dairy + cauliflower = wind for babies??” Noakes replied: “Baby doesn’t eat the dairy and cauliflower. Just very healthy, high-fat breast milk. Key is to ween [sic] baby onto LCHF.”

The next day, an outraged South African dietitian Claire Julsing Strydom reported Noakes to the HPCSA for giving incorrect medical advice that she claimed was not evidence-based.

During the trial, which found Noakes not guilty, a welter of testimony was provided to show that neither current dietary guidelines favouring low-fat diets — what Noakes describes as “the worst mistake in the history of medicine” — nor the cholesterol-heart hypothesis are evidence-based.

In three sections of <em>Lore of Nutrition</em>, Noakes and co-author Sboros — the only journalist to attend the whole trial from June 2015 to April 2017 — consider “The Low-carb Revolution”, “Nutrition on Trial” and “The Science”, citing over 500 references to support their case. Noakes presents the scientific background against which the trial was played out with rigour, touching also on the immense emotional and financial cost to himself and his family.

However, it is Sboros who unfolds the courtroom drama with the skill and panache of a thriller writer: The triumvirate of “angels” — Nina Teicholz, Drs Zoë Harcombe and Caryn Zinn — elegantly slaughtering sacred nutritional cows left, right and centre; the prosecution’s reluctance to hand over a “dodgy dossier”; and the build-up to the final verdict.

Except it’s not the final verdict. In a bizarre twist, the HPCSA challenged its own findings and appealed the outcome; the deadline for a ruling has passed and at the time of writing, Noakes’s lawyers are “in communication” with the HPCSA about the delay.

Here is a book that is by turns exhilarating, depressing but ultimately inspiring. It shows that there are still people around who are prepared to confront “dirty” science on our behalf. Irrespective of the ruling, the moral victory belongs to Noakes.