Cold comfort as healthcare staff and patients weathered the storms 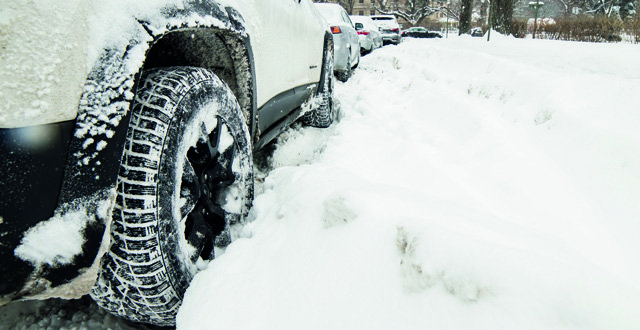 2018 has been a year of extremes in terms of weather. For a society used to a temperate climate such as Ireland, this posed significant challenges, from the low water supplies during the summer heatwave, to the transport difficulties brought about by the snow in March as a result of the ‘Beast from the East’. The latter had a significant impact on the delivery of healthcare services in particular. Correspondence obtained by the <strong><em>Medical Independent</em></strong> (<strong><em>MI</em></strong>) shows how hospitals and emergency services struggled to cope in early March with the snowfall and cold weather as temperatures plunged to -7 in some parts of the country.

On Wednesday, 28 February, a decision was made by the National Emergency Co-ordination Group (NECG) that only essential public services would operate on Thursday and Friday in areas where a red weather warning, as a result of snow, was in place. In light of this, Hospital Groups, Community Healthcare Organisations, and the National Ambulance Services (NAS) focused on maintaining essential health services.

In a mail to all HSE staff, National Director of Human Resources with the HSE Ms Rosarii Mannion stated: “Every effort is being made to support staff getting to work safely and to put in place arrangements for transports or accommodation for staff, where possible, in order to ensure essential services continue to operate.”

Ms Mannion stated that if staff members were in doubt about local arrangements, they should contact their line manager. She added that staff who were unable to attend work due to the red weather alert were not required to take annual leave.

National Director of Acute Operations with the HSE Mr Liam Woods compiled two severe weather reports for Hospital Groups on Friday, 2 March 2018. The first report was for 8am and the second was for 5pm. The purpose of the reports was to outline how hospitals were coping with the snow and cold weather.

In the first document, the main issue reported for the Dublin Midlands Health Group (DMHG) was “getting staff in and a lack of feedback from NEOC [National Emergency Operations Centre] process on whether transport requests will be met”. It was recommended that approval should be given to access local civil defence and army services, which were used the previous day to good effect.

“Transport will be an issue for patients also, be they discharges or getting dialysis patients in particular to Tullamore and Tallaght — a number of these requests have gone in with limited feedback. Nursing homes access is also difficult due [to] no nursing home staff to do assessments and limited staff in nursing homes to manage existing patients,” according to the document.

There was a fire incident in the maternity service area in Midland Regional Hospital Portlaoise due to an electrical fault in the sluice room. Fire services attended the scene and no patients were affected.

It was reported that in the Ireland East Hospital Group (IEHG), the co-ordination of transport systems “has not been a positive experience”. The Mater Misericordiae University Hospital had to accommodate 100 staff in the hospital the previous night, in addition to staff staying in hotels. The hospital was short 22 nursing shifts.

“St Vincent’s hired their own 4×4 to get staff in; transport booked for oncology patients did not work. Fared a bit better in the regions; managers went out locally to try and co-ordinate from Defence Forces, etc”.

Heavy snowfall in the south-west meant that University Hospital Limerick received many calls from staff saying they were unable to come into work.

“Many staff were accommodated in local hotels overnight and they are currently making their way in. ED [emergency department] currently has 33 patients in total in the department, with six waiting for beds; 25 patients presented overnight… All surge capacity is closed. All OPD and non-urgent procedures cancelled.”

A total of seven dialysis patients also needed to be facilitated.

“They live in very rural areas; the staff are willing to stay on as long as they need to, to ensure the patients have their treatment.”

Heavy snowfall also affected staff travelling to St John’s Hospital, Limerick, as well as Mid-Western Regional Hospital, Ennis, and Nenagh General Hospital. In Nenagh, staff were accommodated locally and “some had to sleep in the surgical day ward, as they were unable to travel and are on duty this morning”.

Transport was also a “major issue” for the Saolta University Health Care Group. According to the report, there was “little capacity from ambulance service and no real clarity on support of army”.

“We had to get platelets down this evening from Dublin, which fortunately [was] facilitated by Order of Malta ambulance,” it stated. “There will be significant accommodation costs incurred.”

In the South/South West Hospital Group, all hospitals were affected, as there was heavy snow in North Cork and Kerry overnight, which was continuing as the report was being compiled.

“Hospital management teams are on-site, having slept in their offices overnight,” according to the report. “Each hospital is experiencing the same issues to a greater or lesser extent — ie, difficult getting patients and staff to and from hospital. We gratefully acknowledged the continued support of State and voluntary colleagues; for instance, the army, Red Cross, St John’s Ambulance, Order of Malta, etc, and also private companies providing 4×4 vehicles and the IFA [Irish Farmers’ Association], who have been transporting patients by tractor. Also support from Civil Defence, Coastguard.”

Similar problems were reported in the RCSI Hospitals Group and while the children’s hospitals suffered no operational issues, staffing was the major concern.

In the 5pm report for the IEHG, it is stated that maintaining staffing for the night remained the priority.

“Appears to work better in the regions where there are [sic] better access to the local authorities,” according to the document.

“Wexford even engaged local farmers with tractors to get staff from hospital to hotel accommodation. Staff working very hard, great resilience and motivation.”

In the DMHG, hospitals remained under pressure in terms of bed capacity and a low trolley count reflected low attendances.

“Staff who have stayed on-site or nearby over the last few days need to go to their homes, but there is real difficulty in getting other staff to cover,” according to the report.

The document added that additional dialysis services were being offered in Tallaght University Hospital and Midland Regional Hospital Tullamore over the weekend to deal with patients not able to attend during the bad weather.

“It is essential that requests submitted to NEOC for these patients are met,” according to the document.

“All sites are reviewing their elective activity schedule for early next week to see what can be deferred. It is imperative that community services are available from Monday morning, if not earlier, to arrange for patients due to leave to be processed as quickly as possible. It would be useful if the nursing homes could have assessments done over the weekend to allow advantage be taken of transitional care approval process in place for the weekend. In addition, it is essential we have progress on the funding piece re home care packages for Tallaght Hospital, St James’s Hospital, and Naas General Hospital.”

Significant staffing shortages continued in Galway University Hospital. Also, in the Saolta Group, it was reported that PUH had run out of mortuary storage space and was forced to use the facilities of the local undertaker.

RCSI Hospitals stated that it was continuing to encourage people to consider all options to them for their healthcare needs and to protect emergency departments for seriously-ill patients as delays were still expected.

Staffing remained the biggest problem in the children’s hospitals.

“NEOC are inundated and highly unlikely to be able to support staff transports,” according to the document. “Prioritising emergencies and urgent patient transports. They have advised, though, that they and all voluntaries and Defence Forces are reaching full capacity.”

A similar situation was affecting the University of Limerick Hospital Group.

“The biggest challenge for the Group is staffing for sites tonight but more importantly, tomorrow. Several requests with NEOC re specialist areas but no confirmation they can deliver as they are inundated with requests from community also. If no deliveries tomorrow, fresh produce for the kitchens will be problematic but contingencies in place. We have plan in place for next week to cope with increased numbers [of patients].

In a note, Mr Woods remarked that “a number of sites are being over-ambitious on electives”.

A separate report was also compiled for ambulance services. The NAS confirmed that its clinical hub was fully operational. On 1 March 2018, the clinical hub triaged 52 potential ambulance calls. A total of 28 calls did not receive ambulance dispatch, so self-care instructions were provided instead.

According to the report, the existing level of operational service was maintained on a national basis by staff reporting for duty as per roster. Alternative accommodation was organised locally to ensure staffing levels were maintained and that staff were not put at risk by travelling.

“The NAS can confirm that business continuity was maintained throughout the day and responded to 1,038 calls, with the support from the voluntary agencies, the military, Coastguard, etc, where required. No major concerns were noted during the day in relation to core NAS service delivery.”

Although two “vehicle incidents” were reported due to road conditions, no injuries were reported and no patient was on board either vehicle.

“Challenges were noted via the severe weather desk at the earlier stages but these challenges, in relation to capacity, were managed via the agencies involved.”