Cancer awareness in the workplace 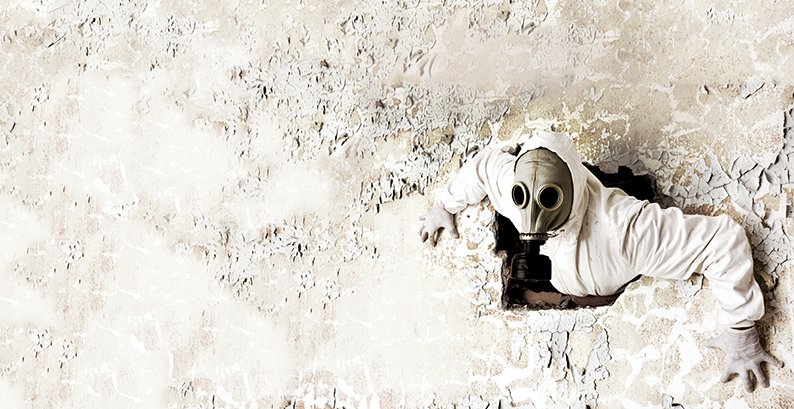 Man wearing a gas mask in fallout suit coming out of the hole in the wall, concept of toxic paint.

Work-related cancer is one of the biggest health problems facing workplaces across the world today.

Work-related cancer accounts for an estimated 53 per cent of all work-related deaths in the EU and developed countries. According to the European Agency for Safety and Health, about 120,000 work-related cancer cases occur each year as a result of exposure to carcinogens at work in the EU, leading to approximately 80,000 fatalities annually.

In Ireland, work-related cancer is increasing year-on-year, with 5 per cent of all cancers linked to occupation. It is estimated that 400 deaths every year in Ireland are caused by exposure to carcinogens at work.

There are 23 different types of cancer associated with specific occupational carcinogens. Lung cancer represents nearly a quarter of all these cancers (23 per cent), while other cancers include skin cancer (10 per cent), bone cancer (9 per cent), bladder cancer (7 per cent), and cancers of the nasal cavity and paranasal sinuses (6 per cent).

Exposure to carcinogens in the workplace is usually much higher than in the general environment and can occur in many forms.

They can be solids, liquids, vapours, gases, or dusts and can be breathed in, absorbed through the skin or swallowed. Other carcinogens attributable to causing occupational cancer include respirable crystalline silica from stonework, as well as mineral oils and diesel exhausts.

Among the most prevalent carcinogens in the workplace is asbestos, a natural mineral found in rock. Until recently, asbestos was widely used in construction, industry and shipbuilding because it was resistant to heat and chemicals.

In Ireland, it is illegal to use, reuse, sell or supply materials containing asbestos. But there may still be asbestos in buildings, structures and products from the time when it was still legal to use asbestos for purposes including insulation, fire-proofing, roofing and flooring.

Under Irish law, if an employer suspects that asbestos is present, they must get a risk assessment done by a licensed company to find out if there is a health risk for the employees. If material containing asbestos is in a safe condition, it can be left alone, but if the material is a health risk to employees, a licensed company must remove the material safely.

People exposed to large amounts of asbestos have a greater risk of developing mesothelioma, a type of cancer that starts in the pleura (the lining surrounding the lungs).

Mesothelioma continues to increase in Ireland and it is estimated that about 56 people a year get this disease. Symptoms can include shortness of breath and chest pain. There is no cure for this fatal form of asbestos-related disease.

The Health and Safety Authority (HSA) has recently been campaigning on the issue of work-related cancers.

“The HSA receive nearly 400 notifications each year from asbestos removal companies to remove high-risk asbestos materials. If asbestos materials are correctly managed, they can remain in place. However, removal of asbestos should only be carried out by trained contractors under strictly controlled conditions,” said the HSA’s Mr Darren Arkins.

He continued: “Although the tragic fatalities today are caused by asbestos exposure in the past, there still remains a threat of exposure to this deadly material. It is important to remain vigilant and take the necessary precautions as required by law when disturbing the fabric of older buildings to ensure workers’ health is not put at risk.”

She has been campaigning for other people to be vigilant about the symptoms: “My dad Christie died of mesothelioma in December 2007 a few weeks after his 62nd birthday. The experts told us it was caused by exposure to asbestos that happened sometime in his early 20s through his work on building sites.

“He had a persistently dry, breathless cough that got worse towards Christmas, sometimes seeing blood when he blew his nose or spat into a tissue. After courses of antibiotics and a diagnosis of suspected TB, he was finally diagnosed with mesothelioma.

“Dad wanted to raise awareness of this disease in order to help others be diagnosed sooner, and he decided to make it public during his treatment. If you see something in your workplace that you are worried about, please don’t be afraid to draw attention to it.”

People are exposed throughout life to a wide range of highly dangerous environmental and occupational pollutants from different sources at home, in the workplace or in the general environment. But workers in the building trades, outdoor workers and farmers are at increased risk, as they are frequently working with chemicals and processes which are of high risk.

This highlights the need for continued awareness-raising about the dangers of becoming complacent around work-related cancers, and the importance of following clear regulations and guidelines in handling occupational carcinogens to reduce workers’ exposure and ultimately save them from a potential cancer diagnosis.

There are a number of useful resources which provide further guidance in this area. For instance, people worried about their workplace lung health can take an online quiz which has been developed by the European Lung Foundation: yourlungsatwork.europeanlung.org/en/.

The HSA has developed comprehensive asbestos guidance for employers and recently launched its free online asbestos course for tradespeople, which are available on the HSA asbestos topic webpage at www.hsa.ie.

The HSA has also produced a leaflet on using chemicals in the workplace, which can be found at www.hsa.ie/eng/publications_and_forms/publications/construction/construction_chemicals_safety_dl.pdf.

The Irish Cancer Society has put together a factsheet on mesothelioma, which can be accessed at www.cancer.ie/cancer-information-and-support/cancer-types/mesothelioma.

Anyone who is concernead about or considers that they are potentially at risk of developing lung cancer should look out for the following list of symptoms:

▸    A cough that doesn’t go away or a change in a long-term cough.

▸    Repeated chest infections that won’t go away, even after antibiotics.

▸    Pain in your chest, especially when you cough or breathe in.

▸    Swelling around your face and neck.

All of these symptoms can be caused by conditions other than cancer, but it is important for GPs to assess concerned individuals and refer, where necessary.

Further information is available on the Irish Cancer Society website, www.cancer.ie. People can also call the Cancer Nurseline at Freephone 1800 200 700 or email cancernurseline@irishcancer.ie for confidential advice, support and information.