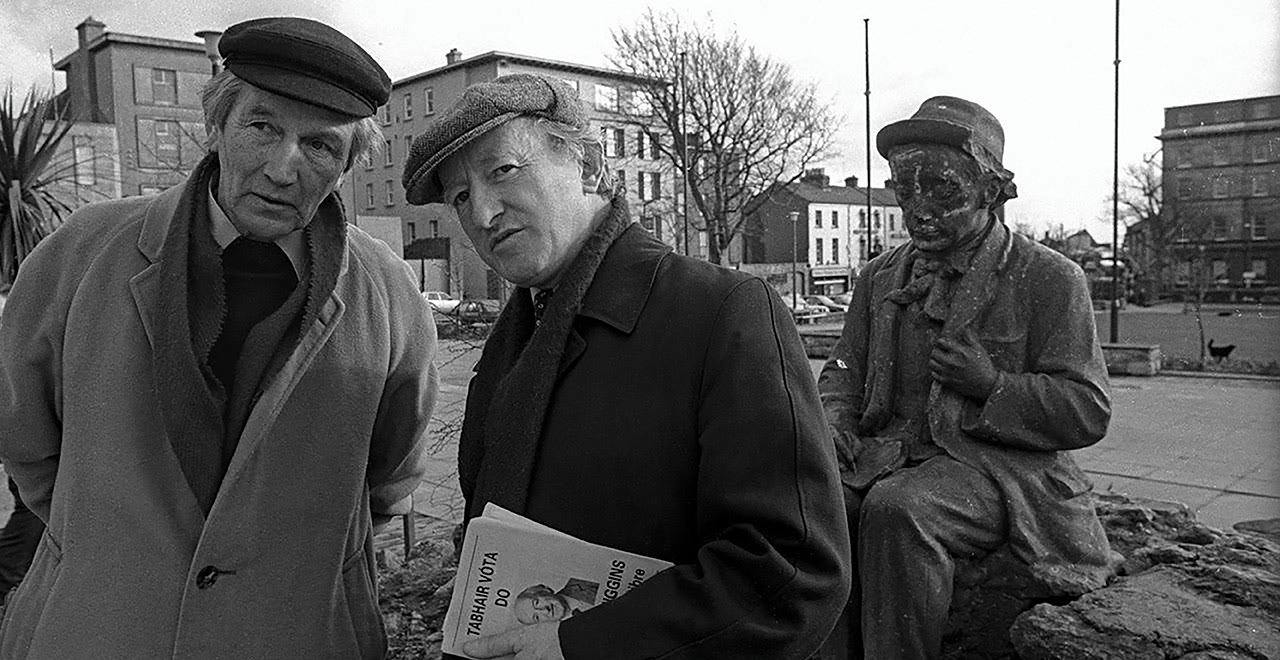 ‘A History of the Irish Thoracic Society’ was recently published. This is an extract from the publication,charting the rise of its forerunner, the Irish Tuberculosis Society

The direct lineage of the Irish Thoracic Society goes back as far as the mid-1940s with the foundation of the Irish Tuberculosis Society (ITS). That clearly supports the claim by respiratory physicians that they belong to the first ever specialty medical society in Ireland. That society came about because of the ravages of tuberculosis (TB) in the pre-chemotherapy era. Then, TB was an incurable disease, mortality rates were high and the disease morbidity dwarfed all other respiratory conditions combined.

Foundation of the Society, 1946

Only fragmentary records of the Society remain, but it is possible to piece together from the Treasurer’s accounts an outline of how the Society was formed, and its initial membership. It appears that a small group of concerned doctors met in Dublin around March 1946 and agreed to form a society. The attendees at the initial meeting are unknown, but almost certainly included many of the doctors who subsequently became paid-up members of the new organisation founded later that year.  A ﬂurry of activity followed.  The purchase of 77 two-and-one-half pence stamps suggests that a roughly similar number of invitations to join or establish a society were posted out to potential members. At the same time, eight additional stamps were used “to call a Council meeting”. This suggests that an interim Council was established to launch a formal society. Such speculation is supported by evidence of an organised mailing campaign, including 90 printed circulars, presumably announcing the imminent formation of a Tuberculosis Society. By May 1946, 12 copies of draft rules were printed and an official society rubber stamp was purchased from Browne and Nolan Stationers, Dublin. A Council meeting of the new Society was officially convened in August 1946. We know from other sources that Dr Noël Browne (subsequently Minister for Health) was the first Secretary of the organisation and a founding member. There were eight doctors who are recorded as having paid a subscription fee of 10 shillings and six pence each in August 1946 around the date of the first eight-member Council meeting. It can be inferred that this represented the original foundation group and self-appointed interim Council of the ﬂedgling Irish Tuberculosis Society. The presumed founding members comprising five men and three women were:

The paid-up members had grown to about 40 by the autumn of 1946 and included Dr Kathleen Lynn, the noted 1916 revolutionary, activist and advocate for children’s rights. A major national meeting was called in December 1946 and held at Jury’s Hotel, Dublin. Funds were used for the hire of a projector and ‘lantern slides’ for the meeting. This strongly suggests that the ITS was officially launched on that date, with an agreed Rules and Constitution and the election of officers of the Society. Around the same time, the first educational initiative by the new organisation was taken. Following telephone calls to the UK, an invitation was extended to Prof FRG Heaf (1894-1973). He was an expert on TB rehabilitation who had pioneered the use of the multi-puncture Heaf skin test to aid in TB detection and TB reactivity. He later became Professor of Tuberculosis at the University of Wales in Cardiff. He was, presumably, the first official external speaker invited to address the new Society.

In 1947, its first full year, the Society strongly opposed a controversial Public Health Act which would have given doctors and public health officials draconian powers in restricting the personal freedom of individuals with infectious diseases, such as tuberculosis. The Society also campaigned for better standardised clinical documentation of TB cases and statistics. The ITS membership in the late 1940s and 1950s included doctors from virtually every specialty where tuberculosis was a clinical reality. Thus, physicians with an interest in chest disease, gastroenterology, orthopaedics and gynaecology feature prominently, as do public health and sanatorium-based doctors, bacteriologists, pathologists and thoracic surgeons, the latter specialty then in its infancy.

Public health doctors, especially County Medical Officers of Health, played a huge role in TB control. This is extensively chronicled by one of its leading proponents at that time, Dr Michael P Flynn of the Midland Health Board in his fascinating autobiography Medical Doctor of Many Parts (2002). His colleague, Dr Brendan O’Donnell, served brieﬂy as temporary Resident Medical Superintendent at Peamount Hospital, but his major contribution was in organising TB services as Chief Medical Officer in Dublin Corporation and later in a similar leadership role in the newly-formed Eastern Health Board (EHB).

In the realm of medical politics, some very famous historical names jump out from the ITS rosters in this era because of their extraordinary personalities and achievements. These include the celebrated and controversial Minister for Health Dr Noël Browne (1915-1997) who passionately advocated for TB eradication and improved mother and child welfare. Dr Browne, a Trinity College graduate, had trained at the Cheshire Joint Sanatorium at Loggerheads in Shropshire. His supervisor was the charismatic Welsh physician Dr Peter Edwards, who features prominently in a frank account of life and TB treatment at the Sanatorium in the book At Loggerheads with the Enemy: The Story of a Tuberculosis Sanatorium (1981) by PJ Bemrose, . He then moved on to Harefield Sanatorium outside London. Later still, he was a Medical Officer at Newcastle Sanatorium in Co Wicklow. In the course of these medical training posts in the UK and Ireland, he became friendly with fellow Irishmen Dr Joe Logan and Dr Harry Hitchcock, both of whom later became prominent TB specialists and office-holders in the ITS and its successor organisations. He was a leading light in the fight against TB — an illness that ravaged his own family and for which he himself was hospitalised in Midhurst Sanatorium, Surrey, for a lengthy period. He suffered numerous relapses of his own lung tuberculosis at various stages of his career, notably as a medical student at Trinity, then again while he was Secretary of the Irish TB Society and even when he was Minister for Health.

A remarkable feature of his period as Minister was the extraordinary programme of new hospital-building and radical reconfiguration of existing hospitals nationwide. New legislation permitted him wide-ranging powers to change, at the stroke of a pen, the role of any hospital. Thus, he ruled that psychiatry patients be removed from psychiatric hospitals like Castlerea in Co Roscommon and the Limerick City and County, which would then be transformed into TB hospitals. They were rapidly equipped with thoracic surgery operating theatres, serviced by a group of newly-appointed thoracic surgeons like Mr Maurice Hickey and Mr Des Kneafsey, both of whom were members of the ITS.

Likewise, his ambitious new tuberculosis hospital-building programme was made possible by another unprecedented Ministerial power, namely discretion to assign hospital sweepstakes funds to any programme he determined to be in the national interest. Thus, rapid building programmes for the construction of hospitals like James Connolly in Dublin, Merlin Park in Galway and Sarsfield’s Court in Cork proceeded at full pace. Even if the concurrent arrival of TB drugs eventually rendered TB hospital beds increasingly redundant, this period of hospital development is without precedent in Irish healthcare. Dr Browne is credited, along with the immediate former Chief Medical Adviser to the Department of Health and ITS member, Dr James Deeny (1906-1994), with the ultimately successful campaign to reduce tuberculosis mortality in Ireland during his tenure as Minister from 1948 to 1951. Dr Browne dramatically resigned from cabinet in April 1951 after the collapse of the Mother and Child Scheme, which had been championed by him in the face of extreme opposition from both the clerical and medical communities of Ireland. Dr Browne and Dr Deeny, who shared a fractious relationship, each wrote fascinating but radically different autobiographies treating this period of Irish history. Against the Tide (1986) by Dr Browne and To Cure and to Care (1989) by Dr Deeny are essential reading in understanding the political backdrop to the state of public health and tuberculosis prevention and treatment in the 1940s and 50s.

The role of women in the Irish Tuberculosis Society

Women played a central role in the new organisation, with three of the eight founders being women. Two extraordinary historically significant women joined the ITS in its foundation year. They were Dr Kathleen Lynn (1874-1955) and Dr Dorothy Stopford-Price (1890-1954). Both made landmark contributions to the diagnosis and ultimate control of tuberculosis. This was particularly through their activities in the development and delivery of the first BCG vaccination programmes and the provision of care for extremely ill children in their hospital in Charlemont Street in Dublin — St Ultan’s. Dr Lynn and Dr Stopford-Price trained abroad in major North American and European centres and published extensively, an extraordinary achievement in that insular and patriarchal era in Irish history. As a mark of their impact, both doctors have had fascinating biographies written about them, Kathleen Lynn, Irishwoman, Patriot and Doctor by Margaret O’hOgartaigh (2006), and Dorothy Stopford Price: Rebel Doctor by Anne McLellan (2014).

Dr Kathleen Lynn came from a staunch Protestant Unionist family in the West of Ireland.

However, having been educated at the Medical School of the Catholic University (Royal University), Dr Lynn was radicalised and espoused republican values and became an active suffragette. Remarkably, she ran soup kitchens in the great lockout of 1913 in Dublin. She became Chief Medical Officer of James Connolly’s Citizen Army, took part in the 1916 Rising in the occupation of City Hall, and was brieﬂy imprisoned, then deported to England. Later, she was elected as a Sinn Féin Anti-Treaty TD in the first Dáil Éireann. Dr Stopford-Price was one of the original founders of the ITS. She was a Trinity medical graduate and, like Kathleen Lynn, involved herself in the War of Independence as Medical Officer to the West Cork Irish Republican Army (IRA) battalion in Kilbrittain. Extraordinarily, Dr Stopford-Price also ministered to the medical needs of the local Royal Irish Constabulary (RIC) during this period. Subsequently devoting her life to the struggle against TB, Dr Stopford-Price wrote an inﬂuential textbook titled Tuberculosis in Childhood. She led the anti-tuberculosis campaign in Dublin and introduced BCG vaccination to Ireland for the first time, when she inoculated a child with a Swedish BCG vaccine in January 1937.

Unfortunately, Dr Stopford-Price and her colleagues, who included Dr Robert Rowlette, a former Senator and then RCPI President, incurred the displeasure and suspicion of the then all-powerful Catholic Archbishop of Dublin John Charles McQuaid. The Archbishop thwarted their attempts to set up the Anti-Tuberculosis League because, he suspected, there were too many Trinity graduates on the founding committee, not to mention one professed atheist, Owen Sheehy-Skeffington.

As a result, she saw many of her initiatives as Chair of the National BCG Vaccination Committee and other TB campaign groups subverted, purely due to religious bias. Instead, the Archbishop orchestrated matters so that the Tuberculosis Committee of the Irish Red Cross would lead any TB initiatives, because of his strong doctrinal inﬂuence on the doctors in that organisation. Other prominent women in the early days of the Irish TB Society were Dr Alice Barry, Resident Medical Superintendent of Peamount Sanatorium, and Dr Johanna O’Sullivan, who led TB services in Dublin City for a period.