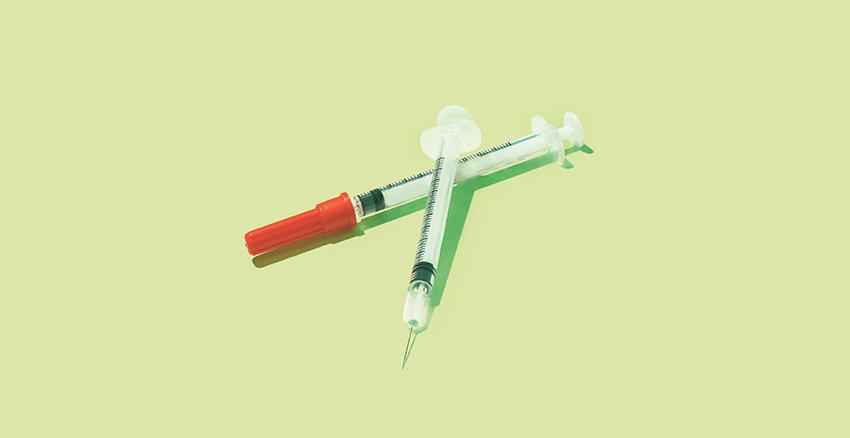 Assisted dying has been the subject of recent and upcoming consultations by UK medical professional bodies. Catherine Reilly speaks to Irish clinicians and campaigners on the issue

Marie was not suicidal, Marie wanted every second of life, but she wanted the quality to be there,” Mr Tom Curran, partner of the late Ms Marie Fleming, told the Medical Independent (MI).

In 2012 Ms Fleming, who was in the advanced stages of multiple sclerosis (MS), brought a landmark legal action testing Irish law on assisted suicide. Ms Fleming submitted that a disabled person in severe pain due to terminal and degenerative illness, and able to express their wishes, “should not be prevented by the criminal law” from receiving assistance from a person, such as her partner, to enable her to end her own life.

Suicide is not illegal in Ireland, but it is an offence to “aid, abet, counsel or procure” the suicide of another person, with a penalty of up to 14 years’ imprisonment.

Ms Fleming argued that the absolute ban on assisted suicide breached her rights under the Irish Constitution and European Convention on Human Rights.

The High Court dismissed the case but described Ms Fleming as “in many ways the most remarkable witness which any member of this court has ever been privileged to encounter”.

The court also refused to issue an order requiring the Director of Public Prosecutions (DPP) to clarify policy on factors determining a decision to prosecute in a case of assisted suicide (a matter not appealed to the Supreme Court).

Ms Fleming’s case was rejected on appeal at the Supreme Court. However, the court found it was open to the State “to legislate to deal with a case” such as Ms Fleming’s, if the Oireachtas was satisfied appropriate safeguards could be introduced.

The tragic circumstance of Ms Fleming, who died in December 2013, shone a light on the controversial area of assisted death, which can take various forms (see panel, p5).

Since then, in 2015, a private members bill on assisted dying was proposed by (now) Minister John Halligan. He could not progress the legislation when he became a minister.

In June 2018, the Joint Committee on Justice and Equality urged that the Oireachtas consider referring the issue of assisted dying to the Citizens’ Assembly for further consideration.

When asked by MI, Fine Gael did not clarify its position on this recommendation, with a spokesperson describing “assisted suicide as a very complex issue”.

“The competing interests of the individual would have to be balanced with the wider public interest in safeguarding persons who are nearing the end of their lives and who might be vulnerable and at risk of abuse. As such, the Minister for Justice and Equality Charlie Flanagan has no plans to review the existing legislation.”

A Fianna Fáil spokesperson said it “would not oppose the referral of assisted dying to a Citizens’ Assembly for further discussion.

“This is a long-standing issue, and an informed discussion of the issues surrounding it is of merit.”

It was vital that any further debate was respectful and informed and “previous Citizens Assemblies have achieved this”.

Some 44 Irish residents are members of Dignitas, an organisation in Switzerland which facilitates “accompanied suicide” (not euthanasia) for people with “an illness which will lead inevitably to death”, or anyone with “an unendurable disability”.

In terms of non-residents, the organisation “calls on doctors who co-operate with Dignitas” for prescription of the lethal drug. The assessment process includes “at least” two face-to-face meetings between the Dignitas member and a doctor, according to its website.

Its most frequent contacts (not Irish-specific) are from people with cancers and neurological conditions, ie, amyotrophic lateral sclerosis (a type of motor neurone disease (MND)) and MS.

“And then a small group with other ailments, such as tetraplegia/quadriplegia with all its side-effects; old-age multimorbidity; rare cases of severe psychiatric suffering, etc,” according to a spokesperson.

Irish clinicians working in the fields of complex neurological illness and palliative care, who spoke to MI, say very few patients ever raise the matter of assisted dying or euthanasia.

According to Consultant Neurologist Prof Orla Hardiman, who leads the MND Clinic at Beaumont Hospital, Dublin, it is “very, very rare” for an MND patient to raise this topic.

She said addressing concerns about the end stage of the condition is an active part of patient care.

“It is difficult; it is not an easy thing to do and you have to do it very sensitively, but I think that is part of the reason why we don’t really have people who are looking to engage in assisted suicide in Ireland.”

The aim of the MND service is to provide patients with a “seamless service” between the specialist MND clinic, community services and specialist palliative care services, and this “usually works quite well”.

Research within Prof Hardiman’s group, examining quality-of-life longitudinally in patients, has indicated that “patients’ self-reported quality-of-life continues to be relatively high, even in the advent of quite severe disability”.

Prof Hardiman said she is aware of possibly two patients who may have decided to pursue an assisted death abroad, although she had no proof this occurred. This is in the context of around 2,400 people entered on the MND registry in the past 25 years.

“I think we can speak to people in a general way about the things we can do to enhance their quality-of-life and to make it worth living.”

Over the past 15 years, Consultant in Palliative Medicine Dr Brian Creedon has come across approximately 60-to-70 patients with life-limiting illness who have expressed a wish to end their lives.

Many were “in crisis”, be it existential, psychological or physical. However, once they were helped through this period, “very rarely did that wish persist”, according to Dr Creedon, HSE National Clinical Lead for Palliative Care who spoke to MI in a personal and professional capacity.

Mr Curran, partner of the late Ms Fleming, said in a previous media interview that “over-application of pain medication” to end a person’s life “happens all of the time” in hospitals and hospices.

Asked about this, Mr Curran said “doctors admit to it all the time. It is known as the secondary effect, that their primary purpose is in controlling pain, but they know the amount of medication being given is going to hasten a person’s death.”

“All of us would be very, very focused as a profession that we are trying to promote people being as well as possible, and if somebody becomes drowsy as a side-effect of a medication, that is a side-effect we need to respond to…”

Dr Creedon “doesn’t buy” the double-effect principle, which he said is referenced in medical literature dating back to the 1960s and 1970s. Today, he said, opioids and other powerful drugs are used in a manner whereby patients continue to function well, including safely driving cars and using sharp household utensils.

“I utterly reject this principle that we use these drugs for the double-effect, with the intention of controlling pain but knowing it will shorten somebody’s life.”

It has also been argued some patients’ pain level cannot be addressed by specialist palliative care. As a “blanket statement”, Dr Creedon disagrees.

“I would say that there are rarely people who have very complex, difficult pain syndromes that we struggle with, but I would say it is never that we are not actually able to provide some relief — I am not saying absolute relief, but some relief. I’d appreciate some people have very complex pain syndromes, but we work in a very holistic sense, realising that pain is not just around the physical injury or damage to their body, but pain has a psychological component.”

There have been calls for Irish palliative care to publish more detailed and robust guidance in respect of specialist care, particularly in regard to palliative/continuous sedation.

Dr John Lombard, Lecturer at the School of Law, University of Limerick, has written on this topic. According to Dr Lombard, such guidance would provide clarity to patients on the type of care they can expect at end-of-life.

Dr Lombard stated there is also the idea that “palliative medicine needs to perhaps be more proactive in really defining its space”. Dr Creedon said this is “a fair point”.

Use of palliative sedation, where medications are used to intentionally cause sedation, is “very, very rare”, added Dr Creedon.

The Oireachtas Committee recommended that “regional discrepancies” in the provision of palliative care needed to be addressed as soon as possible. Dr Creedon confirmed progress has not been made on this. However, he notes that Ireland has “relatively good palliative care services when compared with international norms”.

He remains concerned about any potential legalisation of assisted death and considers that it would undermine trust in the medical profession.

“I would worry that we would move towards where there’d be two lists of doctors, one who will end people’s lives and one who don’t, and for lots of reasons that would not be helpful.”

Increasingly, he hears patients voicing their concern that they are “a burden” on their families. He worries that access to assisted death might result in them taking this option as a result.

Mr Curran has remained active in the ‘right to die’ movement since the tragic case of his late partner, although he stepped back for a period out of respect for a Garda investigation into her death (Mr Curran has previously said he assisted in her death).

“It is the access that tends to be the problem when it is medicalised because to me it is a right, and if a person has a right, you don’t need to ask permission to exercise that right.”

Mr Curran believes adequate safeguards could be put in place, including assessments of rationality. He also strongly advocates developing palliative care services and envisages that assisted dying would occur in “rare cases”.

In the meantime, it is occurring by means of people travelling abroad or illegally importing drugs, according to Mr Curran.

He believes once a rational person has made a careful and informed decision to end their life, they should have a right to assistance if they need it.

“Marie didn’t want to die. Marie wanted to live, I wanted Marie to live,” he said. “But that wasn’t possible because of the illness that she had, and her quality of life had deteriorated so much, and this is the difference; is it life or is it just existing? And that is a choice which, to me, a person should have — at what point does life become unbearable?”