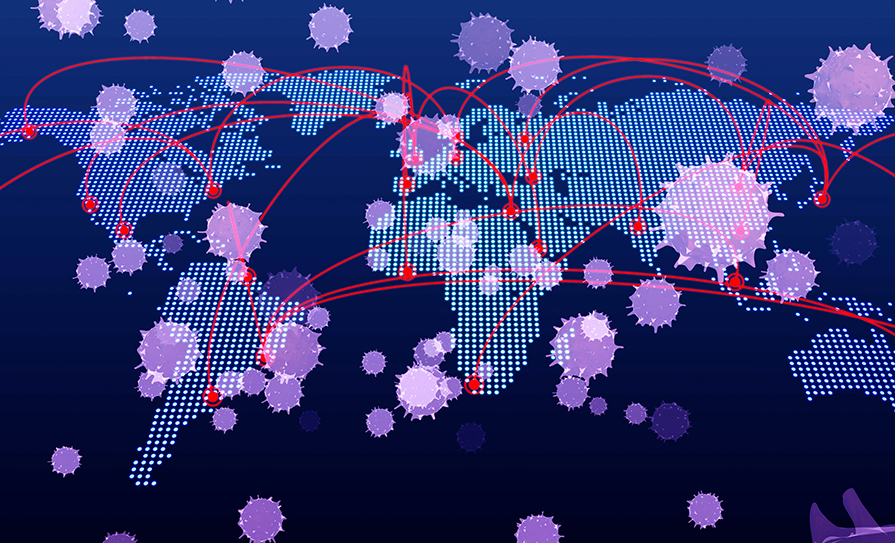 Bette Browne looks at the successes and setbacks in the global efforts to eliminate Aids, tuberculosis, and malaria

Ireland is boosting its contribution to the Global Fund to eliminate Aids, tuberculosis (TB), and malaria by 2030, but hard-won gains are under threat due to the impact of Covid-19, the global food crisis, and the war in Ukraine.

In September, Minister for Foreign Affairs Simon Coveney announced at a UN conference in New York that Ireland would increase its contribution to the Global Fund by 30 per cent for the period 2023 to 2025.

Ireland is one of the founding members of the Global Fund, which was established in 2002. The country has contributed over €273 million to date and the new funding commitment will total €65 million. “As a founding member of the Global Fund, I am proud of Ireland’s long-term partnership. We have seen first-hand the life-changing work of the organisation. Fifty million lives saved since 2002 – that is 10 times the population of Ireland,” the Minister told the Global Fund’s Seventh Replenishment Conference.

The country’s increased funding commitment is in response to the Global Fund’s call to mobilise $18 billion (€17.2 billion) to save 20 million lives, reduce inequalities in health services, and strengthen health systems’ sustainability and broader pandemic preparedness.

The Global Fund, a public/private alliance based in Geneva, is seeking $18 billion from governments, civil society and the private sector for its next three-year funding cycle from 2023 to 2025.

By any standard, it has achieved remarkable results over the last 20 years. However, defeating the three diseases over the next eight years will be extremely challenging because of global conflicts, healthcare inequalities, and the need for increased financial support.

“The world is being struck by a combination of crises, including conflict, the accelerating impact of climate change, and food and energy price hikes. All such crises fuel infectious disease threats,” said Mr Peter Sands, Executive Director of the Global Fund, at a meeting in Geneva on 18 November.

He continued: “Most conflicts kill more people through infectious disease than by bullets and bombs. Extreme weather events lead to upsurges in diseases like malaria. People who are hungry or cold succumb more quickly to deadly diseases. For the poorest and most vulnerable communities in the world, the Global Fund is literally a lifesaver, a partnership to protect those most at risk and build healthier, more inclusive communities.”

By November, some $15.7 billion had been pledged by world leaders. US President Joe Biden, who hosted the recent UN conference in New York and pledged $6 billion (€5.7 billion), stated: “This is an investment that will reduce mortality from these diseases another 64 per cent in the next four years.”

But while governments and other entities have promised over $15 billion, the difficult part is getting that cash on the table. Some countries make financial commitments and delay producing the funds, while others can be slow to make a funding pledge.

A shortfall of European donors, in particular, would have a doubly negative effect as it would proportionally cut into the US pledge, which is limited to a maximum of one-third of the total amount.

European Commission President Ursula von der Leyen promised €715 million, which she said was an increase of 30 per cent from the previous provision. “We can cure tuberculosis. We can prevent malaria. We can fight these terrible diseases. We will end Aids, we will end tuberculosis, we will end malaria – once and for all,” she said.

The commitment from the European Commission of €715 million from the EU budget for 2023 to 2025, together with the pledges from Ireland and other EU member states, will bring Europe’s total contribution to more than €4.3 billion for this three-year period.

The increased funding will be crucial. The Global Fund warned in its 2022 report that “hard-won gains against HIV, TB, and malaria are being reversed, with devastating consequences for the poorest and most vulnerable communities” as inequities deepen, poverty spirals, and social and political tensions grow.

The Global Fund’s treatment and prevention efforts rebounded last year after declining for the first time in almost 20 years in 2020. However, the report warned that “we face a huge task in getting back on track to meet the 2030 targets for HIV, TB, and malaria…. Having fought so hard to reduce the death toll from these terrible diseases, it would be a tragedy to see our hard-won gains reversed.”

HIV programmes faced significant disruption due to restrictions on movement, fear of visiting health facilities and reprioritisation of health resources to address Covid-19. Yet even before the pandemic, the programmes were off-track compared to the trajectories for reductions in infections and deaths. Covid-19 seriously exacerbated the situation.

“The world missed every single global HIV target for 2020, including that of reducing deaths to fewer than 500,000 per year. But it could have been worse,” according to the Global Fund report. “Globally, Aids-related deaths have fallen by 50 per cent since 2010, to 650,000 in 2021. On prevention, progress in reducing new HIV infections remains slow – a 32 per cent reduction since 2010, with 1.5 million people newly infected with the virus in 2021 compared to 2.2 million in 2010. New infections have flatlined, and in some regions they have increased.”

The impact of Covid on the fight against TB was “catastrophic”, the report found. In 2020, TB killed an estimated 1.5 million people. TB is still the leading cause of death for people living with HIV.

“In the fight against TB, we are recovering from the 2020 losses in the following key indicators: Finding and treating people with the disease, including those with drug-resistant TB; improving access to quality diagnosis, treatment, and care; and scaling up prevention and supporting catch-up activities to find and treat those who did not access care during the pandemic and accelerate those recovery efforts,” according to the report.

In another alarming statistic, the Global Fund highlighted that a child dies of malaria every minute. But it also emphasised that incidence and mortality rates have declined by 28 per cent and 47 per cent respectively since 2002. Innovations against this disease have made an impact.

“This is the time for the world to commit to protecting everyone from the deadliest infectious diseases,” Global Fund Executive Director, Mr Sands, stated in the report. “That means protecting people across the world from the earlier pandemics we have yet to defeat – HIV, TB, and malaria – from the current pandemic of Covid-19 and from future pandemic threats.”

Global conflict and food shortages due to climate change are negatively impacting on efforts to eliminate the diseases. According to the report: “Armed conflicts can quickly become health crises that devastate populations, as people are displaced and fragile health systems are overstretched, overwhelmed or even destroyed. In conflict and following natural disasters, infectious diseases, lack of treatment and food insecurity can sometimes kill more people than the violence or crisis itself.

Global health is at a crunch point, the report said, with health crises occurring at increasing frequency and health inequities ever more apparent. “Covid-19 is still far from over. Global food and energy shortages and price hikes resulting from the war in Ukraine and climate change will make the poorest communities in the world more vulnerable to all the deadliest infectious diseases, including HIV, tuberculosis, and malaria.”

The Fund has also warned that the war in Ukraine and the global food crisis could exacerbate the situation.

Before the Russian invasion of Ukraine in February 2022, Global Fund partners had made significant progress toward ending Aids and TB in the country. Over the last 20 years, Ukraine has been to the forefront in maintaining long-term and innovative HIV and TB programmes. More than 100 community-based and community-led organisations were delivering HIV and TB services to marginalised people.

Despite these achievements, Ukraine still has the second largest HIV epidemic in Eastern Europe and Central Asia and remains one of the high priority countries in the region in regard to TB.

Since the start of the war, more than 15 million people have been internally displaced or forced to flee to neighbouring countries as refugees. More than 320 health facilities have been damaged or destroyed.

In recent years, teams from Médecins Sans Frontières (MSF) have seen worrying signs of a reversal in progress against all three diseases, compounded by the Covid pandemic and economic difficulties. The organisation says more financial support is crucial.

“The $18 billion asked for by the Global Fund is the bare minimum of what is needed,” MSF stated in a briefing paper. “In fact, this amount would leave a wider, unfunded financial gap than previously, rather than providing the means to get the fight back on track. Anything less than $18 billion will create serious problems for millions of people living with and dying from these three diseases.”

An estimated $130 billion is needed for HIV, TB and malaria for the period 2024 to 2026, according to MSF. “With the Global Fund supplying 14 per cent of that budget – assuming that $18 billion is raised – and other external funding supplying another 19 per cent, domestic funding should account for 45 per cent. This leaves a huge gap of 22 per cent. But at present, it looks very unlikely that enough domestic funding will be mobilised to cover 45 per cent of the $130 billion. With over-optimistic expectations for domestic funding, we can expect an actual gap that is much bigger than the predicted 22 per cent.”

MSF teams are seeing the impact on the ground. “One obvious consequence seen by our teams is the loss of all those gains made over previous years. We are worse off on several fronts compared to a few years ago. The lost ground must first be recovered before renewed progress can be made.

“As countries face insufficient funding for their medical programmes, they have to cut effective interventions from their plans. HIV programmes for pregnant women and their unborn babies are typically one of the first victims of such cuts, as are programmes targeting vulnerable groups, such as men who have sex with men, sex workers, and drug users.

“Another effect of the funding shortfall is a substandard quality of care, which is counterproductive and potentially very dangerous for people with HIV, TB or malaria. Essential elements are left out of the standard package of care, such as tests for the level of virus in the blood, medicines to treat people with opportunistic infections, and complications linked to Aids, and adapted paediatric TB care.

“It is important to remember that the $18 billion asked for by the Global Fund replenishment is an absolute minimum and will need to be complemented by other international funding. Many international donors have withdrawn from bilateral funding of HIV, TB, and malaria programmes; to complement countries’ contributions to the Global Fund, donors should re-engage or risk seeing all the progress undone.”