A surgical pioneer on two fronts 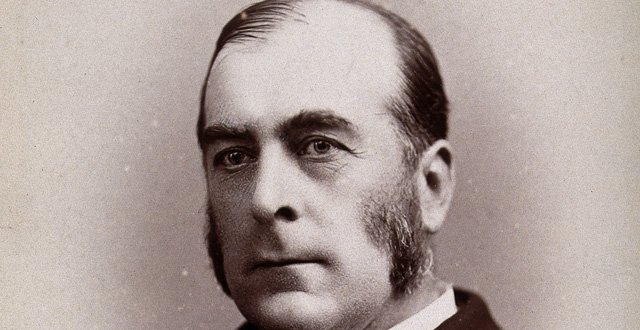 Dr Edward Hallaran Bennett was definitely a young man in a hurry. He was born into a medical family in Cork in 1837 and, at the age of 17, he decided to leave his native city in 1854 and enroll at Trinity College Dublin to study medicine. Within three decades his name would be engraved forever in medical history.

His rendezvous with history came in 1880 when he returned again to his native city for a meeting of the British Medical Association. It was there for the first time that he described the fracture of the metacarpal bone of the thumb, now known universally as “Bennett’s fracture”.

The fracture, he told his rapt audience, “passed obliquely across the base of the bone, detaching the greater part of the articular surface, and the separated fragment was very large and the deformity that resulted therefrom seemed more a dorsal subluxation of the first metacarpal”.

For Dr Bennett, it was the culmination of immersive study of the subject. He had first developed an interest in fractures at Trinity College while studying under Prof Robert Smith, the renowned surgeon and pathologist. Smith was described at the time as “one of the most distinguished anatomists and surgeons Ireland had produced. As a teacher he has rarely been equalled, and probably has never been surpassed”.

But before Dr Bennett ever set foot in Trinity and came under Prof Smith’s influence, his family’s involvement in the medical world, going back generations, must also have been a source of personal inspiration that helped propel him into medicine.

He was born at Charlotte Quay, Cork, on 9 April 1837, into a family steeped in matters medical. He was the fifth son of Robert Bennett, a barrister, and Jane Hallaran, daughter of Dr William Saunders Hallaran, who wrote on insanity in 1810 and 1818. His grandfather, James Bennett, was a physician in Cork, and another relative, James Richard Bennett, was a distinguished teacher of anatomy in Paris in about 1825.

Edward Hallaran Bennett was educated in Cork at Hamblin’s School and at the Academic Institute in Harcourt Street, Dublin, described by the <em>British Medical Journal</em> in 1907 as “that great nursery of famous men”. He then entered Trinity College in 1854. He graduated in 1859, taking also the new degree, MCh, then conferred for the first time. In 1863 he became FRCSI without having previously been admitted a licentiate. He was appointed Surgeon to Sir Patrick Dun’s Hospital and University Anatomist in 1864.

On 28 October 1873, the man who had had such a profound influence on his career and on his legacy, Prof Robert Smith, died. By then Dr Bennett was his natural successor and became Professor of Surgery in Trinity College and Curator of the Pathological Museum. In Plarr’s <em>Lives of Fellows Online</em>, the RCSI says he is “distinguished by his remarkable collection of fractures, dislocations, diseases, and surgery of bones, which he arranged and catalogued, together with their clinical histories, in the Pathological Museum of Trinity College”.

This work, first begun by Prof Smith, was formed by Dr Bennett into one of the most important collections of its kind. He spent years compiling a catalogue furnished with notes and clinical histories.

He began by correcting previous statements, first as to frequency, according to the RCSI biographical material on his career. “Malgaigne and Hulke had correctly stated that the first metacarpal was more frequently fractured than its fellows, but not near its distal extremity as Astley Cooper had stated, nor through the middle of its shaft. In five specimens of united fractures there was evidence of an oblique fracture through the base, displacing the articular facet, which projects into the palm, with corresponding changes in the articular surface of the trapezium.”

But Dr Bennett earned his place in history not just for his groundbreaking work as the leading authority on fractures. He also made another, perhaps even more profound, contribution to medicine in the tortured Ireland of the Famine era.

He championed the introduction of antiseptic surgery to Dublin hospitals, becoming one of the first surgeons at the time to adopt the antiseptic methods pioneered by his contemporary, the English surgeon Joseph Lister.

Applying Louis Pasteur’s advances in microbiology, Lister championed the use of carbolic acid as an antiseptic and it subsequently became the first widely used antiseptic in surgery.

In championing Lister’s surgical sterile techniques at a time when they were met with scepticism, Dr Bennett showed his progressive streak. Even though Lister was widely honoured later in his life, his ideas about the transmission of infection and the use of antiseptics were widely criticised in the early part of his career.

The American Medical Association, for example, refused to sanction his antiseptic methods and some medical professionals in Europe were also wary of them, at least initially.

Before Lister’s studies of surgery, most people believed that chemical damage from exposure to bad air was responsible for infections in wounds. Hospital wards were occasionally aired out at midday as a precaution against the spread of infection via miasma, but facilities for washing hands or a patient’s wounds were not available

A surgeon was not required to wash his hands before seeing a patient because such practices were not considered necessary to avoid infection.

And yet it was a time when all kinds of diseases and infections were rampant. In the 18th and early 19th centuries the word ‘fever’ was mostly used to denote typhus, typhoid and cholera and was for centuries almost continuously present in Ireland.

Dr Bennett was disturbed at conditions in many of Dublin’s hospitals. In the years before the Great Famine struck, outbreaks of typhus and cholera had already swept the city and in the aftermath of the Famine, thousands fled the countryside hoping to find refuge in the city.

Papers from the Royal College of Physicians of Ireland on Dublin’s Cork Street Fever Hospital and Cherry Orchard Hospital said that in 1847 tents were erected and 400 emergency beds provided to treat patients suffering from a typhus outbreak, which had been stimulated in part by the influx of famine-stricken people from the countryside. “In the 1860s and 1870s epidemics of smallpox resulted in overcrowding and a record case fatality of 20.78 per cent, recorded in 1878. In 1891 hospital reports recorded diphtheria for the first time.”

Amid such lethal conditions, Dr Bennett’s embrace of Lister’s pioneering methods would undoubtedly have helped to save some lives among the famished Irish and set the standard for fighting a range of infections and illnesses in the years that followed.

He adopted Lister’s method for treating pleural empyema, a collection of pus in the pleural cavity caused by microorganisms, usually bacteria. Instead of injecting antiseptics into the cavity, as was commonly done, he made a free incision and allowed the fluid to drain. The most important advantages of this way of dealing with the sickness were that the decomposition and absorption of pus were prevented, the lining of the thorax was not irritated, and the process did not have to be repeated often.

The <em>British Medical Journal</em> in 1907 described Bennett as the main pioneer of antiseptic surgery in Ireland. “At the dawn of Lister’s great discoveries, he (Bennett) at once recognised their vast importance. He threw himself with characteristic energy into the subject of wound infection and became probably the principal pioneer of antiseptic surgery in Ireland.”

Dr Bennett’s decision to support Lister also meant that others soon followed his example. By then he was regarded as one of Europe’s most renowned surgeons. His career had been distinguished by a number of posts. He was appointed Surgeon to Sir Patrick Dun’s Hospital and University Anatomist in 1864 and from 1884-1885 was President of the Royal College of Surgeons in Ireland. From 1894-1897 he was President of the Royal Academy of Medicine in Ireland and from 1897-1906 he represented the University of Dublin on the General Medical Council. In 1900 he was made honorary fellow of the Royal College of Surgeons of England.

From 1902-1905 he was Surgeon to the Lord Lieutenant, the Earl of Dudley. It was to be his final post. Edward Hallaran Bennett, who was married and had two daughters, died on 21 June 1907 at his residence at 26 Lower Fitzwilliam Street, Dublin, and was buried at the city’s Mount Jerome Cemetery. He was in his 70th year.

Writing a week later, on 29 June 1907, the <em>British Medical Journal </em>said that news of his death was received “with much regret not only by his numerous pupils, but by the profession at large for he had established his claim to be regarded as a distinguished authority and a leader in surgery, to which he had devoted his life”.

One month later an obituary notice in the <em>Dublin Journal of Medical Science</em> by Sir J W Moore also noted that as well as being a leading surgeon, Bennett was an enlightened teacher: “As a teacher, he was forcible and practical, and he enlightened the driest subject with touches of humour.”

Today, Dr Edward Hallaran Bennett is honoured with two bronze medallions in the School of Physics, Trinity College, and in Sir Patrick Dun’s Hospital. A bronze medal, bearing on one side Dr Bennett’s image and on the other a metacarpal bone showing the fracture, is given to the winner of the Surgical Travelling Prize in the School of Physics. A ward in St James’s Hospital, Dublin, which subsequently incorporated the services of Sir Patrick Dun’s Hospital, also bears the name Edward Hallaran Bennett.