A revealing insight into life as a junior doctor 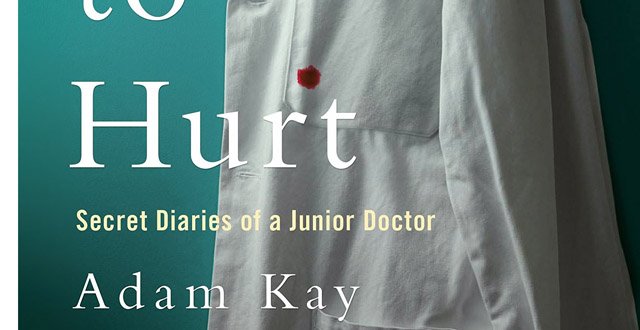 Now a TV writer, Kay explains his decision with honesty and poignancy in his excellent memoir of life as a junior doctor, <em>This is Going to Hurt</em>.

This book has many ‘laugh out loud’ moments, which are its strongest feature. It is with skill, therefore, that Kay embroiders serious commentary on doctors’ wellbeing, working hours and patient safety into his memoir.

The impossible demands on junior medics in poorly resourced environments will resonate with Irish colleagues. As a house officer, Kay describes spending an entire night-shift “feeling like water is gushing into the hull of my boat and the only thing on hand to bail it out with is a Sylvanian Family rabbit’s contact lens”.

With his registrar and SHO tied-up in the emergency department, Kay juggles the needs of multiples of sick inpatients, as he tries to manage the expectations of the nurses who are regularly bleeping him. “Some understand and some react like I’ve just said, ‘Fuck off, I’m in the middle of an Ally McBeal boxset binge.’ I run from chest pain to sepsis to atrial fibrillation to acute asthma all night, like some kind of medical decathlon, and somehow everyone gets through alive.”

Kay decides to enter training in obstetrics and gynaecology, the only specialty that truly excites him.

There are some funny, heart-breaking, insightful and unusual tales from the labour wards. There is the patient “whose genetic make-up appears to be 50 per cent goji berry recipes and 50 per cent Mumsnet posts”, who announces she wants to eat the placenta – a situation that takes an unexpected turn.

In another instance, a patient wants a natural birth and is resisting a medically-indicated section. Kay calls in his suave consultant who convinces the patient to avail of a ‘natural caesarean’, with dimmed theatre lights, classical music and, in the end, a happy patient (and outcome). The consultant is “fatherly, charming and soothing, and he smells expensive, which has the posh women flocking to the private ward he’d much rather be on”, writes Kay.

The toll on doctors’ personal and social lives is a recurring theme. The wedding of two doctor friends, who managed to get the day off, is “a huge triumph against the odds”. Another former colleague “ended up conducting her morning clinic in full hair and make-up to make the timings work” on her wedding day.

Kay outlines the pressure to find his own cover on the first day he called in sick (a favour he must return, negating the concept of a ‘leave day’).

Kay describes a number of serious situations that can arise in his specialty. One of the most affecting for the reader is a case of shoulder dystocia that edges towards catastrophe. Kay feels “as sick as I’ve ever felt in a clinical situation” as he attempts to progress the delivery.

An adverse outcome as a senior registrar led to Kay’s departure from medicine. While not in any way negligent, he was devastated by the incident, which involved an undiagnosed case of placenta praevia identified during C-section delivery.

Kay returned to work in the same skin, but as “a different doctor”. He was fixated on ensuring nothing bad ever happened again, which he recognised as a losing battle in medicine.

“One brilliant consultant tells her trainees that by the time they retire there’ll be a bus full of dead kids and kids with cerebral palsy, and that bus is going to have their name on the side…,” writes Kay, who is from a medical family. “She tells them if they can’t deal with that, they’re in the wrong profession. Maybe if someone had said that to me a bit earlier I’d have thought twice. Ideally, back when I was choosing my A levels and getting myself into this mess.”

In his book, Kay comes across as a competent doctor in a dysfunctional system, a professional who made time for patients when there was barely a moment to draw breath.

He doesn’t miss the doctor’s version of a bad day, “But I do miss the good days.”

“I miss my colleagues and I miss helping people. I miss the feeling on the drive home that you’ve done something worthwhile.”

<em>This is Going to Hurt</em> has been receiving very positive reviews and comes highly recommended. It should interest medical and lay readers (each chapter contains a helpful medical glossary).

Of note, the book also includes an open letter to the then UK Secretary of State for Health on issues facing doctors. Kay informs Jeremy Hunt that if he understood the realities of a doctor’s life, he would be proud, humbled and eternally grateful.