A question of compliance 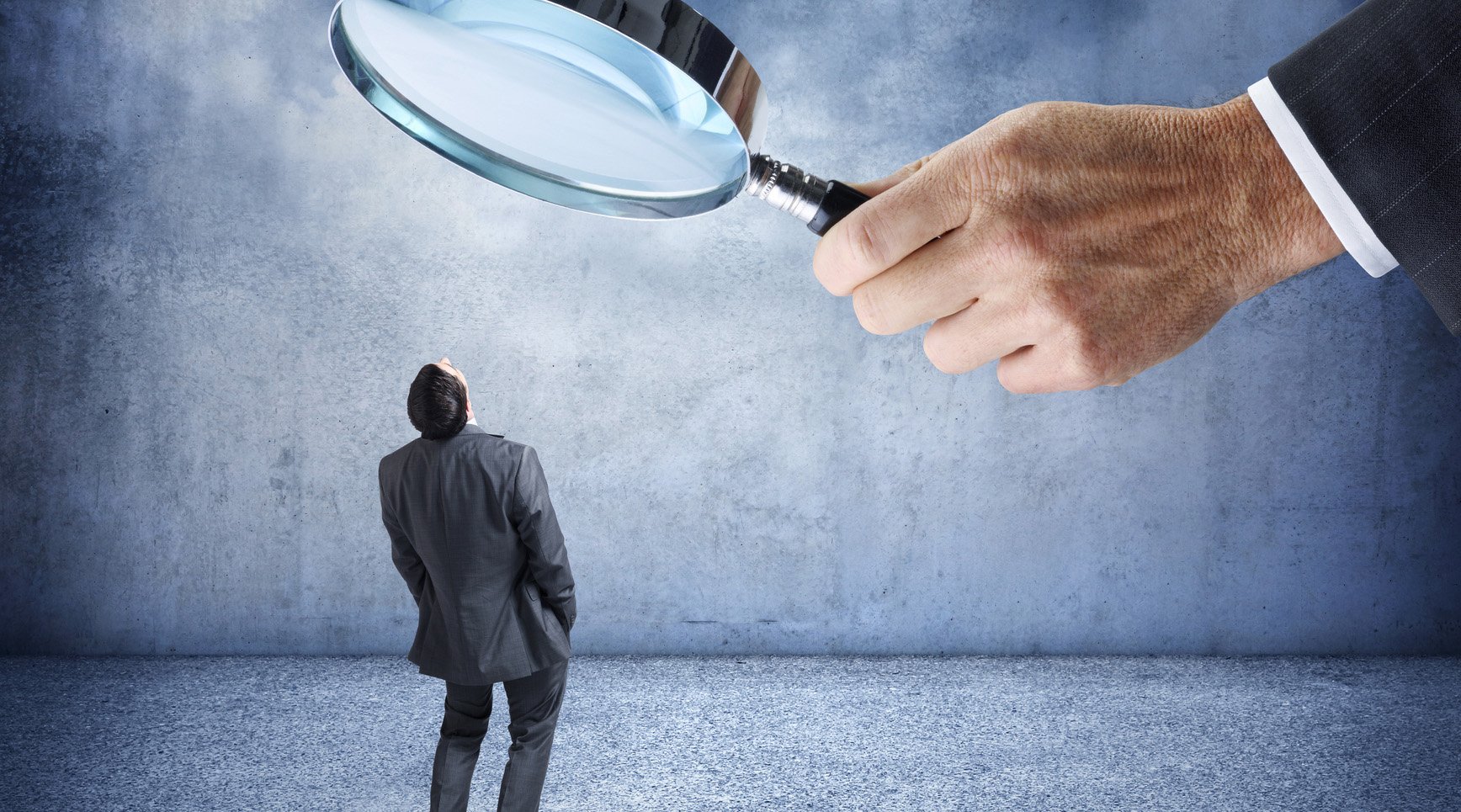 A businessman leans back and looks up at an oversized businessman as he holds a large magnifying glass above him.

The HSE recently introduced a new framework to monitor consultant compliance with the ratio of private work permitted in the 2008 contract. Paul Mulholland examines the new model and data from the first reporting period under the framework

The revelation last year that the HSE employed private investigators to monitor the private practice of consultants generated outrage among the medical profession. As revealed in this newspaper, these investigations cost the HSE some €117,000. For consultants, it represented a breakdown in trust between the employers and employee. The HSE took the action at the request of the Department of Health to support the case before the High Court on pay due to consultants under the 2008 contract. The Department and HSE lost the case. The estimated cost of the High Court settlement in June was €182 million for arrears, and ongoing costs of €62 million per annum from 2019, backdated to the date of the settlement in June 2018.

This did not take the matter of compliance with public/private ratios off the agenda. The issue had already been the focus of an RTÉ Investigations Unit programme, Public v Private: The Battle for Care, broadcast in November 2017. The programme stated that many consultants were not abiding by the 80/20 per cent ratio of public to private work. Again, this claim was contested by doctors and medical representative bodies, such as the IMO and IHCA.

Aside from the request to hire private investigators, in April 2018 the Secretary General of the Department of Health Mr Jim Breslin sent the then interim Director General of the HSE Mr John Connaghan a letter on consultant contract compliance. The letter, seen by the Medical Independent (MI), followed a meeting between the HSE and Department on 23 March when the subject was discussed.

“At that meeting, we discussed the Department’s requirement that a comprehensive framework, operating at both national and local levels, be developed which ensures the HSE’s responsibilities as employer are discharged in line with relevant legislation and contractual provisions and agreed that the assurance framework proposed by the HSE should be strengthened,” according to Mr Breslin.

Before 2014, compliance with the contract had national oversight. However, in 2014, the National Director for Acute Hospitals delegated monitoring to the Hospital Group CEOs. Monthly reporting by individual hospitals to the National Director for Acute Hospitals was therefore no longer required. A new framework was deemed necessary to re-introduce oversight at a national level.

Mr Breslin listed a number of actions that were agreed at the meeting. The first was that the HSE would incorporate within the framework a “process map” allocating individual responsibilities at local, Hospital Group, and national levels. The HSE’s internal audit division was to be requested to offer its views on this framework and process. In particular, the division was to advise whether audit against the framework would allow compliance to be established. The revised framework was then to be shared with the Department.

“The revised framework should specify processes for monthly reporting from Hospital Group CEOs to the National Director for Acute Hospitals with quarterly reporting to the Deputy Director General and escalation if required,” according to Mr Breslin.

He wrote that the revised framework should also make appropriate provision for the non-acute sector, including mental health and orthodontics, which will be delivered through the relevant divisions.

The HSE was requested to submit reports to the Department at the end of  September 2018 and at the end of December 2018. The reports were also to be produced annually.

This newspaper has obtained the first report issued under the new compliance framework through Freedom of Information. The report was sent to Mr Connaghan by then National Director of Acute Operations Mr Liam Woods on 13 November 2018. Mr Woods is currently Deputy Director General/Chief Operations Officer.

In the report, data was received from all the Hospitals Groups on the working arrangements of 2,443 consultants.

Data returned for the first reporting period for Hospital Groups, which was from January to August 2018, showed there were no instances of non-compliance for “off-site working in contravention of contract”.

In the report, Mr Woods wrote that the level of private work in public hospitals was in line with the recent report by the Comptroller and Auditor General (C&AG).

The C&AG concluded that the HSE, hospitals, and individual consultants have limited control over the private levels as the majority of patients admitted to hospitals are maternity admissions or admitted through emergency departments.

Mr Woods said that hospitals are continuing to “investigate and engage with consultants” in relation to the public/private mix.

“To date, investigation of non-compliance for public-private mix in hospitals has found that in certain specialities, it is related to the demographics of emergency admissions, which is beyond the control of the consultants on-call,” according to Mr Woods. “Non-compliance in other areas is also beyond the control of the consultant, due to the nature of the service provided and source of referral. Validation of reports and data in addition to engagement with consultants is also continuing.”

Mr Woods said that as the reporting process becomes more embedded over the coming months, more “robust data and reasons for non-compliance will emerge”.

He also stated there may be “organisational reasons”, such as access to beds/theatres, which prevent full compliance with work plans.

At the recent IMO AGM, MI spoke to Mr Woods about the new framework.

“What we are really focusing on is hospitals where, if there are significant outliers, what is happening in those,” Mr Woods said.

“What we are looking for, and if you think back to the Prime Time [RTÉ Investigates] show, there are outliers in general specialties that we should be concerned about and need to act on beyond what is already happening. There were a small number of those; there were some in [University Hospital] Limerick. Limerick has no private hospital, it doesn’t mean they should be doing more private work than public work, but it has no private hospital, whereas in Dublin, the private work often resides in an entirely private facility. We did have some high rates in places like the Coombe [Women’s Hospital] and Dooradoyle [University Hospital Limerick], but the Hospital Groups have reduced those over the last 12 months or so, to try and bring it back to a contractual level.”

Mr Woods said the new framework brings a level of national oversight to consultant contract compliance, which had lapsed in recent years.

“What we are doing now is re-instigating a national view of public/private work. We could see in terms of returns to us on a monthly basis for hospitals, but we couldn’t see for [the] consultant. So this is bringing back the notion of managing compliance by consultant. We don’t necessarily nationally need to see the consultant-level data, but we want assurance that all consultants are complying, and if they are not, that’s there are understandable reasons for those variations, which in some cases… there can be.”

MI also questioned Minister for Health Simon Harris on the issue at the IMO AGM.

“I think at the outset, most of our doctors work extraordinarily hard,” according to Minister Harris.

“Most of our doctors go above and beyond their commitment to the public service in terms of the number of hours they do; of that there is no doubt. We did see in recent years a number of exposés, where a few doctors let down the rest of their colleagues, in my view, by not complying with their contract. I think it was particularly RTÉ who highlighted that issue… So we have put in place a new framework. The concept of that is to give greater oversight. So the Hospital Group CEO is responsible for ensuring consultants abide by their contract, and this new framework is about making sure there is greater oversight and consistency in terms of how you report against it.”

When asked whether he believed the new framework was ensuring better compliance with the contract, the Minister said: “I’m satisfied that it is an improvement and I am certainly satisfied that the situation is being monitored better. But I wouldn’t be in any way complacent about it. It is a new system, it is just in place; we will continue to look at it and it will evolve as the need arises.”

This newspaper also asked the IHCA and IMO about their views on the new framework. At the time of going to press, no response was received from the IHCA.

A spokesperson for the IMO told MI: “The position with regard to private practice is very clearly set out in the consultant contract, and the view of the IMO is that this places rights and responsibilities on both parties to the contract, both the consultant and the employer.”