A neglected population – the urgent need to improve prisoner health 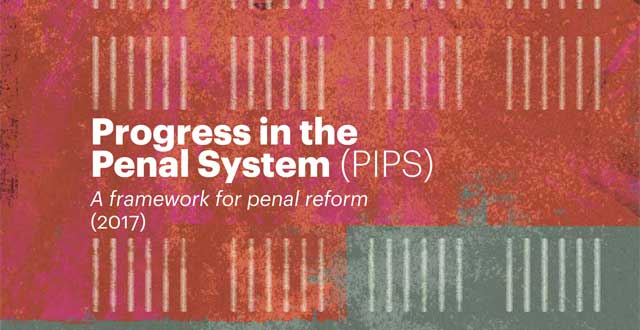 There are currently more than 3,800 people in prison custody in Ireland. The prison population has increased significantly over the last two decades, with the number in custody rising by 68 per cent between 1996 and 2017.

In 2017, there were 4,900 prisoners serving sentences of less than 12 months and over half of prisoners had left school by the age of 15.

These statistics from the Irish Penal Reform Trust (IPRT), an organisation campaigning for the rights of Irish prisoners, highlight some of the many challenges facing the Irish Prison Service (IPS) in meeting the demands associated with growing prison numbers.

In a recently-published report, Progress in the Penal System (PIPS) — A Framework for Penal Reform, the IPRT noted a number of healthcare related concerns in Irish prisons.

The report said that in 2017, the UN Committee observed that the State must “urgently undertake an independent, fundamental review of the entire prison healthcare system”. A similar review was previously called for in 2014.

But to date, “little progress appears to be made, with no publication of a review”, the IPRT report states.

In 2016, the Healthcare in Irish Prisons Report by Judge Michael Reilly, Inspector of Prisons, recommended that “responsibility for the provision of healthcare should be transferred from the IPS to the HSE” and that a health needs analysis of prisoners in all prisons should be undertaken immediately.

Neither of these recommendations have been acted upon to date.

There is hope, however, that work on implementing the recommendations will occur in the future, following the appointment in July of Dr John Devlin as IPS Executive Clinical Lead.

The Government has said the long-awaited independent review would commence following the appointment.

According to the IPS, all prisoners are medically assessed on committal to prison.

Some 146 healthcare staff are employed by the IPS nationally. Only four of these are doctors.  There are also 126 nurse officers/prison nurses; 11 chief nurses; two healthcare nurse managers; and three medical orderlies.

Medical services in prisons are based on a primary care-type model. However, nurses, not doctors, provide round-the-clock care, are the first point of contact, and are the most accessible members of the healthcare team for prisoners.

Nursing in the prison service is relatively new, with a nursing management structure only introduced in the late 2000s.

While the nursing management structure was put in place, there was no similar structure for the doctors, it is understood.

Prior to nurses and medical officers, healthcare was delivered by personnel known as ‘medics’, who were prison officers with a basic medical/first aid training.

The urgent need to meet the needs of prisoners with mental healthcare concerns has never been more apparent.

Prison “can actively exacerbate existing mental health issues, heighten vulnerability and increase the risk of self-harm and suicide”, Ms Deirdre Malone, Executive Director of the IPRT, told the Joint Committee on the Future of Mental Health Care in May.

The penal reform report highlighted the concern that 29 individuals with a severe mental illness were in prison awaiting transfer to the Central Mental Hospital (CMH) in May.

The number of secure forensic beds for the mentally ill in Ireland is currently the lowest in Europe, at two per 100,000, while suicides are over-represented among the prison population, according to the IPRT.

“There is an overall need for an increase in both forensic mental health spaces and adequate community mental health provision so that prisoners receive prompt treatment in an appropriate clinical environment,” the report stated.

The inability to recruit prison psychiatrists, despite HSE funding, is also a huge problem for the prison service.

Also during the mental health meeting in May, Mr Michael Donnellan, Director General of the IPS, outlined that approval was given by the HSE in 2016 to provide mental health consultants at Limerick, Cork and Castlerea prisons.

“However, it has not been possible for the HSE to recruit consultant forensic psychiatrists for those three prisons,” he noted.

The IPS Psychology Service, in spite of the challenges faced, plays a key role in the provision of mental health services for people in custody, a spokesperson for the IPS said.

This includes consultant forensic psychiatrists, NCHDs , community forensic psychiatric nurses, social workers and other staff. The HSE, through the NFMHS, provides healthcare services to prisoners on the same basis of access and entitlement as it provides to persons in the wider community.

The IPS, in collaboration with the NFMHS, has established two dedicated high-support units for vulnerable prisoners with mental illness.

Both units provide a dedicated area within the prison where mentally ill and vulnerable prisoners, who present with a risk of harm to self or to others, can be separated from the general prison population and are closely monitored in a safer environment.

“The high-support units have managed vulnerable and mentally ill prisoners in a more effective and humanitarian environment and [this] has resulted in greater access to care and regular reviews by the prison in-reach team. The establishment of other HSUs remains under consideration, although this is dependent on the availability of sufficient resources,” the spokesperson said.

PICLS is delivered by the NFMHS in-reach team at Cloverhill Prison.

According to the IPS, the diversion system ensures that those people presenting before the courts, or indeed at an earlier stage of the criminal justice system, where the infraction is a reflection of an underlying mental illness, are referred and treated appropriately. This approach has reduced the number of people with mental illness committed to prison under sentence.

Yet it is important to note that, despite the efforts outlined above, there are still a number of individuals with mental illness in prison who should not be there and are not receiving the care they so urgently require.

Dr Des Crowley, GP, addiction specialist and medical officer in charge of the drug treatment programme in Mountjoy Prison in Dublin, said there is an extensive waiting list for access to the programme in the prison’s medical unit, which offers prisoners the opportunity to detox. There is no waiting list, however, for access to methadone services, he said.

Dr Crowley criticised the lack of support for the addiction nurse specialist post at the prison in recent years.

During this time, the post has largely remained unfilled, or if filled, was not protected, with the result being that the addiction nurse was often “pulled out to work in the prison in a general nurse role”, he said.

The role is hugely important, Dr Crowley stressed, as it has a significant impact on areas such as assessment and community placements.

“My understanding is that there are three posts with an addiction focus coming on-stream soon at the prison, but my concern is that the posts will not be protected,” Dr Crowley stated.

The lack of protection for the role, he said, also meant that it could not be developed and was not adequately supported.

“We have had some fantastic nurses but they left the area of addiction because of a lack of development and because of burnout; because they were sick and frustrated with being pulled out of their post,” he said.

Dr Crowley maintained this constituted the “wrong strategy” by the prison, as addiction is such an important issue in overall prisoner health.

“Between 50-to-60 per cent of prisons have addiction issues and this is tied into other areas, such as behavioural issues and discharge planning. It is not smart not to protect the post and give it the proper importance it deserves.”

There have long been calls for community healthcare services to mirror those provided in prisons, known as ‘community equivalence’.

On a positive note, Dr Crowley believes “community equivalence” from an addiction services perspective now exists, by and large, for Irish prisoners.

“Depending on a person’s location, addiction services could be more easily accessed in prison than in the community now… by and large, community equivalence does occur,” he said.

The independent review of healthcare requirements will examine international best practice, assess the current and future needs of the prisoner population, and analyse the provision and resourcing of health and personal social services currently available to the Irish prison population.

A steering group has been established involving the Departments of Justice and Health, and IPS. It is considering terms of reference, the scope of the health needs assessment and timeframes. The assessment will commence in 2019.

The assessment will establish the requirements for prisoner health and the organisation of services to meet these needs.