A life in brain surgery 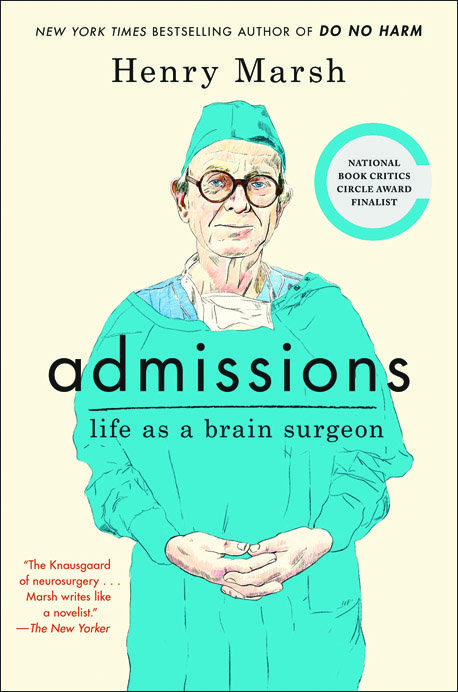 Marsh has the courage, conviction and incorrect attitude to bureaucratic authority that medicine needs, but is being progressively suppressed by online managers and intrusive committees. Most medics would say “good on you Marsh, keep it up”. But he has now retired and can only fight outside the fences. He rails rightly about him, the senior neurosurgeon, being refused, by a nursing colleague, to remove an unnecessary nasogastric tube in a post-operative patient of his. He questions, rightly, the comparisons on health and safety grounds, between surgeons and airline pilots. Checklists have their place, but patients and passengers are very different animals, one there by choice, the other not, pilots on auto-pilot in determined routes, the surgeon plotting his path. If the plane crashes the pilot usually dies, whereas if an operation goes wrong the surgeon must face the guilt, consequences and the relatives. Flying is 99.9 per cent safe and a crash results in about 99 per cent mortality. Neither of these stats apply to neurosurgery.

Marsh tells of the procedure “awake craniotomy”, which he pioneered and popularised. The problem for the neurosurgeon is that while MRI scans show tumours as separate from the brain, in real-life surgery “brain and tumour are muddled up together”. For an “awake craniotomy” only the scalp needs to be anaesthetised and the rest of the operation, including incising the brain, is painless. So the patients are spoken to, instructed to move and assessed as the operation proceeds. Good for low-grade gliomas. Marsh even asks his patients “do you want to see your brain”? And then: “You are now one of the few people in the history of the human race who have seen their own brain.” Marsh comes through all his tests and tribulations as a very humane man.

Marsh has been to Nepal and Ukraine since retiring. His visit to Nepal is at the behest of a previous trainee who is now Nepal’s neurosurgeon . Marsh arrives to a trivial earthquake tremor and finds the act of crossing a Kathmandu road a more terrifying experience. He is sceptical about the need and importance of neurosurgery in poor, deprived Nepal. The “junior” doctors are obsequious, the hospital impeccable and Marsh falls in love with Nepal and its people. Nepal does not have malpractice litigation, but unhappy patients families do demand reparation; and threaten both violence and to burn the hospital down. A lot of craniotomies are demanded by the families of hopeless, extensive, severe-stroke patients.

Like most doctors Marsh is not fond of lawyers and eschewed medico-legal work. He admits to being sued four times during his career. Three cases were settled as “I blamed myself for what had happened and did not want to defend myself”.

Neurosurgeons must be among “medicine’s” most autocratic, authoritarian, assertive, short-fused and independent operators. Theirs is a difficult, demanding, disaster-ridden specialty of high-risk, finicky and pernickety surgery.

Marsh has to be top of his trade, though he does recognise the imperfections of current neurosurgical techniques.  Marsh criticises American neurosurgeons for capitalistic practices and Nepali neurosurgeons for hopeless interventions. He is nothing if not honest. His father died at age 96 with dementia and Marsh will probably make his century, dogmatic and undefeated. His father’s obituary filled an entire page of the London <em>Times</em> .

Marsh ends on a somewhat negative note musing on operations that went wrong and on the futility of some neurosurgical procedures. He devotes a full chapter entitled “Sorry”, emphasising the need to communicate, explain risks beforehand and to be honest afterwards if surgery goes wrong. A woman with a meningioma causing hydrocephalus and drowsiness is brought to theatre. She is found to be in diabetic ketoacidosis caused by steroids. No one had checked her blood sugar pre-op, even though she was known to be a diabetic. She died following withdrawal of support.

Marsh’s final chapter is controversial. He argues strongly that the UK should legalise medically-induced social euthanasia, despite the fact that the BMA and most British doctors are against it. Having recently had our beloved dog put down, I was impressed by how slick and quick the vet was. From life to death in a few painless minutes. Dogs being put down is okay, but putting humans down, especially by doctors, is anathema to me.

Overall, however, well done Mr Marsh. May you retire in peace.