A financial overview of the private nursing home sector 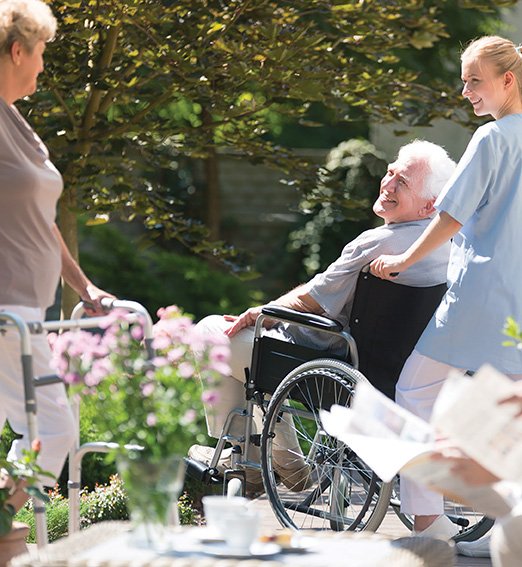 The ownership and capital funding structures within the older person care sector in Ireland have changed dramatically in the last decade.

In 2009, there were 447 private and voluntary nursing homes providing a total of 20,590 beds. Ten years on, the number of beds has grown to 23,376, while the number of homes has fallen to 429. This reflects a trend whereby many smaller homes have closed, while newly-developed homes have tended to be larger in order to take advantage of greater economies of scale.

Ownership and capital funding structures have also changed significantly over the period.

Between 2000 and 2009, some 800 beds per annum were added across the country, with most of these developed through capital allowance partnerships. As a result, many investors in the sector were attracted by the opportunity to avail of a tax break, rather than an interest in or understanding of the dynamics of older person care.

However, the removal of this tax break saw investment in the sector dry-up as many operators were no longer able to provide investors with the required returns without the benefit of a tax refund. This created a large ‘equity gap’, with operators capable of sourcing bank finance for development but not capable of attracting the required equity to fully fund a development project.

Between 2009 and 2014, a mere 350 beds per year were delivered, despite BDO’s analysis indicating that Ireland requires more than 1,000 new bed spaces per year in order to meet the requirements of its ageing demographic.

The mechanics of the sector, which were unable to keep pace with demand, did not go unnoticed among international investors. At BDO, our healthcare and financial modelling teams worked with a number of international investment funds, advising them in relation to potential strategies. In the early years, these funds tended to be classic private equity (PE) funds with a three-year investment horizon requiring high returns on investment in this time frame.

Our analysis demonstrated that while the industry was profitable for sure, it was very difficult to generate the kind of returns demanded by a typical PE fund. The relatively large levels of capital expenditure required to develop new nursing home bed stock also meant that only funds with large sums to invest could contemplate entering the market. A small number of these types of funds did invest in the sector, but the expected large influx of foreign investment did not materialise.

More recently, however, a number of funds with a longer-term focus have either entered the market or indicated a readiness to enter. The arrival of these large institutional investors with a long-term investment horizon is proving to be a boon to the older person care sector.

Notable transactions include the acquisition by AXA of a stake in Mowlam Healthcare, the largest nursing home operator in Ireland, for an undisclosed sum; the acquisition of Beechfield Care by IMMAC for €33 million; and the acquisition of Carechoice by InfraVia for €70 million. With the support of InfraVia, Carechoice has gone on to acquire three new homes, deploying an estimated €55 million of capital, as well as announcing its intention to expand the group from nine to 13 homes through development and acquisition.

These funds, with their longer-term investment horizon and their ability to invest large sums for the development of new bed stock, are a more natural fit for the industry. In addition, several large international funds have invested in healthcare infrastructure assets in other jurisdictions and have become comfortable with the risk profile presented by the sector.

Quantitative easing and the resulting historically low interest rate environment have forced investment managers from funds, such as pension companies and real estate investment trusts (REITs), to cast a wider net in search of returns.

These types of investors are capable of deploying capital at a lower rate than classic PE funds and have driven down the overall cost of funding for the sector. This has benefited not only operators seeking to expand their operations, but also operators who are seeking to sell their businesses.

At BDO, we have seen valuation multiples creep upwards in the last 24 months. While the increasing instability in global financial markets may drive up global interest rates in the medium term and potentially dampen asset value growth, we believe that internationally focused investors will remain attracted by the relatively low risk cash flows generated by the Irish nursing home sector.

The entry of long-term-focused institutional investors represents a positive development for the nursing home sector in Ireland, bringing a stability to the market, which will allow operators to focus on the development of their businesses and improvement of patient care.

Similarly, a lower overall cost of funds will allow operators to develop the additional bed stock that will be required as a result of the rapid growth in the population aged 85 and over during the next 30 years.

BDO’s analysis of the CSO’s population forecasts indicates that up to 28,000 beds could be required by 2041, with almost 8,000 of these beds being required in Co Dublin alone. Cork is also projected to have a large requirement, exceeding 3,000 beds. Of the remaining counties, seven, located mostly on the west coast, are projected to have a requirement for more than 1,000 additional beds.

However, the outlook for the sector is not without risks. While the rapid growth in the over-65 demographics over the coming decades suggests swift growth for the nursing home industry, it would be unwise to assume that older person care will be provided in exactly the same format in 20 years’ time as it is today.

Survey after survey has indicated that people’s preference is to remain in their own home for as long as possible. Currently, home care and day care services assist many people to fulfil this wish by providing them with the required support to remain at home. However, these services are underfunded and, in some cases where dependency is high, the cost of providing these supports exceeds the cost of caring for that person in a nursing home setting.

Technological advances are likely to reduce the costs associated with home care in the coming years and so it is reasonable to expect that this may ease demand for nursing home beds in the future.

At BDO, we have been advising our nursing home clients for a number of years to diversify by investing in these complementary businesses and those who have acted on this investment have seen positive impact on their operations.

While we agree that new technologies, home care and day care services can all play a role in supporting people to remain in their own homes for longer, I am mindful that approximately two-thirds of residents currently in nursing homes are of high-to-maximum dependency. I believe that the proportion of over-65s requiring nursing home care may reduce slightly in the future, however, the sheer volume of the growth in the older demographic is nonetheless likely to drive a large increase in demand for nursing home beds in the coming decades.

As a result, we believe that we will continue to see investment by large institutional investors attracted by strong cash flows underpinned by the Government-funded Fair Deal scheme and we are working with a number of funds who are focused on the delivery of new bed capacity in the coming year.