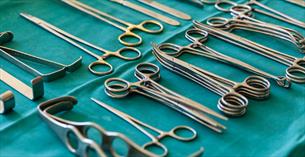 In the summer of 1972, Mr Peter McLean made medical history by carrying out Ireland’s first living kidney transplant in a breakthrough that has since transformed the lives of hundreds of patients.

But Mr McLean’s legacy extends far beyond Ireland. As a humanitarian he also went on later in life to advance surgical education across a number of African countries.

Peter McLean was a proud Donegal man. He was born in 1934 in Murroe, Dunfanaghy, Co Donegal, and was the youngest of seven children. His father died when Peter was just six-months-old.

He went to the local national school and later succeeded in obtaining a scholarship to St Eunan’s College in Letterkenny. He went on to study medicine at the Royal College of Surgeons in Ireland, graduating with honours in 1958.

After his internship at the Jervis Street Infirmary, he was appointed to Hammersmith Hospital in London, where he completed his general surgical training.

But it was during the mid-1950s, while he was still a medical student at the then Richmond Hospital in Dublin, that he met another doctor who would have a profound impact in shaping his path in medicine.

It was in the Richmond Hospital that he first met Dr Harold Browne. Dr Browne had just completed a full residency training programme in general surgery at the Mayo Clinic in Minnesota. It was during his years in America that the first successful kidney transplant was performed by an Irish-American surgeon, Dr Joseph Murray, at the Peter Bent Brigham Hospital in Boston.

“I was deeply impressed with his (Dr Browne’s) thoroughness, knowledge and surgical expertise,” Dr McLean told the Mayo Clinic’s Mayo Alumni journal many years later. “He (Dr Browne) frequently mentioned the names of some of the world’s greatest surgeons – Mayo Clinic alumni Drs John Waugh, Oliver Beahrs and Jim Priestley. Later, I commonly heard the names of Drs Gershom Thompson, John Emmet, Orm Culp and David Utz – staff members at the Mayo Clinic who made huge contributions to urology. I developed the strongest possible ambition to work and learn from these great men.”

And that was exactly what Mr McLean proceeded to do. He first did postgraduate training in Ohio, and then received a fellowship in urology at the Mayo Clinic. He spent five years training in that specialty with a group of distinguished urologists. Chief among them was Dr Gershom Thompson, who had devised the so-called ‘cold punch’ operation of transurethral prostatectomy. This procedure was later modified and became the standard procedure known as transurethral resection for prostatic ailments.

While at the Mayo Clinic, from 1965 to 1968, Mr McLean obtained his masters degree in urology from the University of Minnesota at Minneapolis, which had an association with the Mayo Clinic. He subsequently received the prestigious Edward John Noble Foundation award at the Mayo Clinic. While in the US, he also obtained a Fellowship of the American College of Surgeons.

When Mr McLean returned to Dublin in 1968 after completing a residency in urology at the Mayo Clinic, he was the first person in the city to have done a full residency training programme in that specialty. Urology was then in its infancy, with the bulk of the practice done by general surgeons.

“I have always regarded it as the greatest privilege of my life to have trained at the Mayo Clinic,” Mr McLean recalled in an interview with the Mayo Alumni in 2007, three years before his death. “I received surgical training of the very highest calibre and, furthermore, learned how to communicate with people, how to think, how and when to submit my ideas, how to be humble and scrupulously ethical and honest, and how to behave in the best interest of the patient.

“I was overwhelmed by the friendliness, generosity of spirit and sincere kindness of the entire staff. When I left, I felt I had left part of me behind. But I was eager to put into practice what I had learned for my own people back in Ireland, where hospital conditions were primitive by comparison.”

Soon he would set about changing all that. On his return to Ireland, he was appointed consultant urologist and later renal transplant surgeon to Jervis Street Hospital and also to the Richmond Hospital.

When both hospitals closed, he continued his work at Beaumont Hospital from 1987 to 1999.

In addition to advancing the specialty of urology, Mr McLean led the development of Ireland’s first kidney transplant programme, which went on to become one of the largest in Europe.

But he set down his biggest marker in Irish medical history in 1972, when he carried out Ireland’s first living donor kidney transplant operation at Jervis Street Hospital. Until then, only frozen kidneys had been transplanted in Ireland. The donor, a priest in Galway, was the patient’s brother. Mr McLean was subsequently involved in about 3,000 such transplant operations.

Today, the number of living donor kidney transplants continues to increase. The number of organ transplants in general has also been increasing steadily for a decade, due primarily to increased awareness of, and consent to, postmortem organ donation. Living kidney donors have also increased substantially over the years, up from 10 in 2008 to 51 in 2016. In 2017, a total of 98 people donated their organs to others after death, up from 77 in 2016. Many of these donated more than one organ, meaning the total number of transplants carried out was 308, up from 280 in 2016. Kidneys made up most of the transplants (190), followed by livers (61), lungs (36) and hearts (16).

This year has also been a triumphant one for a number of Irish transplant athletes who won a total of 21 medals in August at the 41st British Transplant Games. The group of 12 Irish transplant recipients, supported by the Irish Kidney Association, ranged in age from nine to over 70, winning nine gold, seven silver and five bronze medals. The successful teams included five liver, five kidney and two bone marrow transplant recipients.

Mr McLean was elected a Fellow of the Royal College of Surgeons of Ireland in 1979 and served as Vice-President, and later President from 1996 until 1998.

In 2000, he found himself in the legal and political spotlight when he advised the Moriarty Tribunal investigating payments to politicians that one of his most famous patients, former Taoiseach Charles Haughey, should no longer be compelled to give evidence before the tribunal due to medical, specifically renal, problems. His advice was partly overruled by Mr Justice Moriarty – Haughey still had to testify, but was allowed to do so under oath in private.

Mr McLean’s 35-year career brought him a host of honours, posts and elected positions in local, regional and worldwide organisations. These included honorary Fellow of the Academy of Medicine, Malaysia and Singapore, and Vice President of the International Federation of Surgical Colleges, the senior surgical organisation that brings together all the principal established colleges and associations throughout the world. He was founder of the Renal Transplant Foundation of Ireland.

Of the many honours Mr McLean received, the one he may have enjoyed most came in 1985 when his home county chose him as Donegal Person of the Year in recognition of his “humanitarian and compassionate qualities in care of the poor”.

He undertook visiting professorships to a number of countries in the Middle East region, including Libya, Kuwait and Bahrain. While in Saudi Arabia, he started a living related kidney transplant programme.

After his retirement in 2003, Mr McLean, who had changed so many lives for the better in Ireland, set about ameliorating medical conditions in a number of countries in central, eastern and southern Africa.

He worked tirelessly in the region in liaison with the College of Surgeons of East, Central and Southern Africa (Cosecsa) to advance education, training, research and surgical care in such countries as Ethiopia, Kenya, Malawi, Mozambique, Namibia, Sudan, Rwanda, Tanzania, Uganda, Zambia and Zimbabwe.

Mr McLean died on 8 September 2010, just nine months after the death of his wife, Dr Nuala Kilcoyne. He was laid to rest at Dunfanaghy, Co Donegal, close to his birthplace.