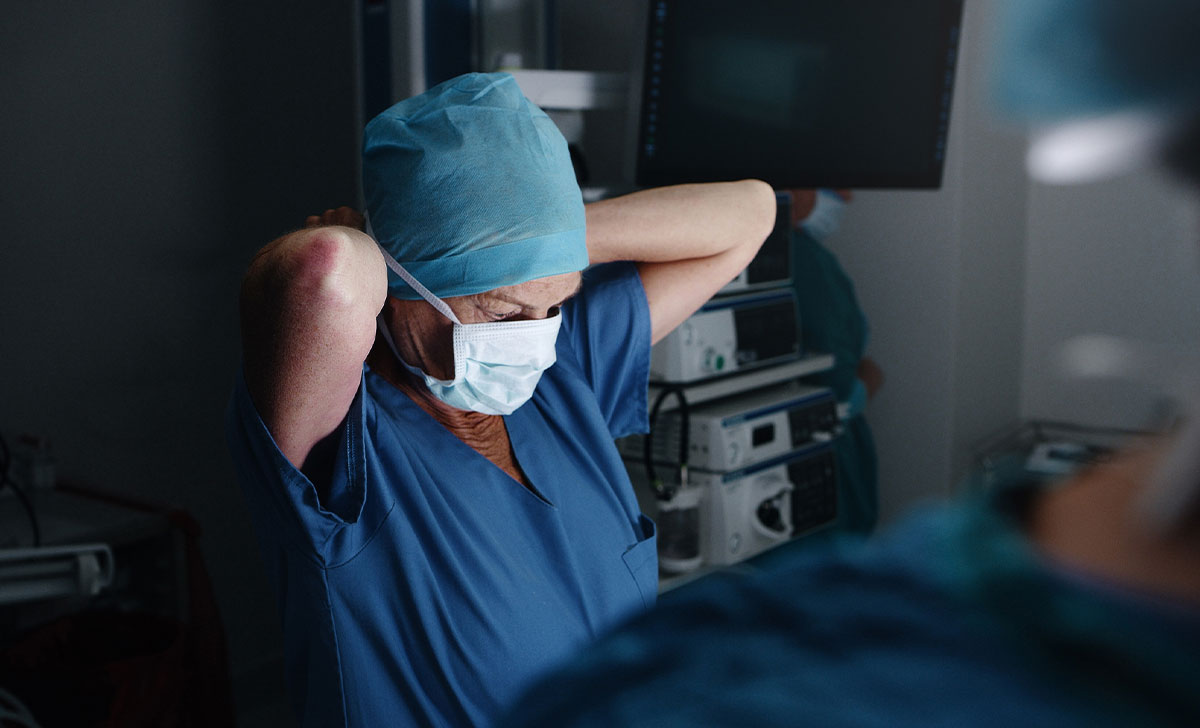 A mass casualty incident (MCI) simulation for Dublin hospitals is set to take place in the third quarter of 2022, according to the HSE National Lead for Acute Hospital Services, Dr Ciaran Browne.

Addressing the RCSI Charter Meeting on 22 April, Dr Browne gave a broad overview of the HSE’s approach to responding to MCIs. An MCI is defined by the World Health Organisation (WHO) as an event that generates more patients at one time than locally available resources can manage using routine procedures. It requires exceptional emergency arrangements and additional or extraordinary assistance, according to the WHO.

Regarding the training simulation to take place later this year, Dr Browne said a plan is being developed for MCIs in the greater Dublin area initially. The precise details of the simulation have yet to be finalised.

“But it is important that we stress-test any approach within the health services,” said Dr Browne.

“But first, we want to get it right in the [Dublin] area,” he told the meeting.

Dr Browne acknowledged there were many hospitals available in the event of an MCI in the greater Dublin region. However, if one occured in a rural area, “it’s a whole different situation,” he said.

Much of the HSE’s planning is “significantly dependent on the alignment of the MEPs [major emergency plans] of the local hospitals”, he added.

An MEP is a plan made by every acute hospital which “facilitates management of the hospital during a major emergency, but does not obviate the need for individual departmental plans”, according to the HSE. Details of MEPs may vary between hospitals.

Dr Browne encouraged hospitals to ensure their MEPs are fit for purpose. He said they should be tested on a regular basis and for sites to be satisfied with their plans for managing patient flow.

“Our emergency management function within the HSE is always available to run through and to support you and give you advice,” he added.

When an MCI is declared, regular hospital activities will still take place, according to speakers at the meeting, and protocols should be in place to cope with additional activity.

Mr Morgan McMonagle, Vascular and Trauma Surgeon at University Hospital Waterford, acknowledged the “crisis of beds” within the HSE.

“Ideally, at any one time, during normal times… our hospitals should only be at 90 per cent capacity,” Mr McMonagle said. “So you have a surge in capacity of at least 10 per cent. That feels more like a pipe dream.

“You have to create that 10 per cent by having a proper operation plan in place to create physical bed space.”

“Looking into the global situation of mass casualties and the main problems and the existing triage systems, [we] found that what is being used is mostly too complex, takes too much time and can be immensely simplified,” said Dr Veen. “For that, we have a suggestion: This system that we now have developed and that’s available.”

The programme is set to be implemented in Ireland in July. Over the past year, it has been deployed in several countries, including Somalia, Afghanistan, France, and Belgium.

“The system, as such, costs nothing,” said Dr Veen. “It uses existing resources and all the material is open access, so there is no cost whatsoever.”

“We’ve not launched this to impose it on hospitals,” he continued. “We very much make it available for hospitals to test their existing plans and possibly adjust it if they wish, or create a plan if they don’t have it. And if training has been done, there will be follow-ups with targets after a certain time and capacity building training….”

Digital preparation modules, first launched in July 2021, are available and an augmented reality version will be launched soon, according to Dr Veen.

“Your emergency ward [is] digitalised, so you can do an on-site drill with patients without paralysing your hospital,” he said.