‘Wound inflicted on NCHDs requires more than a band-aid’ 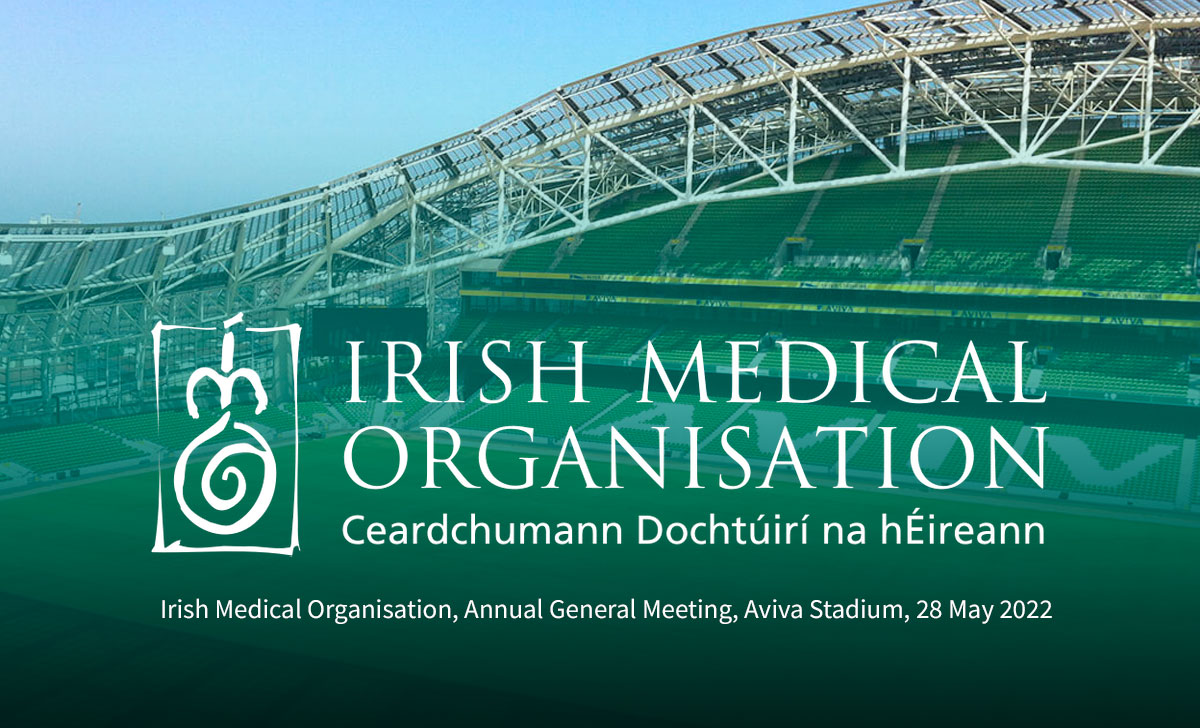 In advance of the IMO AGM on 28 May, Chair of its NCHD committee Dr John Cannon articulates why the group are balloting for industrial action.

Almost a decade after NCHDs were forced to take strike action over dangerous and illegal working hours, they once again find themselves on the verge of major industrial action. The fruits of that strike was an agreement on a European Working Time Directive (EWTD) ‘verification process’, which has subsequently proven to be worth less than the paper it was printed on. The system of fines that was to be based on that process to verify NCHD working hours has also proven to be a toothless tiger, with little or no consequences for non-compliances. HR departments around the country are thus permitted – and some might even say, financially incentivised – to roster NCHDs for dangerous and career jeopardising rosters, with seeming impunity from the legal repercussions that protect all other workers from abuse in the State.

Evidently, something is not working with the verification process. The HSE report EWTD compliance with a 48-hour work week at or above 80 per cent, while the IMO’s recent survey on contract breaches reports that only 4 per cent of NCHDs are compliant with this fundamental – and I might add “lifesaving” – directive. If nothing else, this gaping disparity demonstrates the shambolic nature of the current system, which is clearly failing to protect doctors and patients from the inherent risks that come from physician fatigue and burnout.

By the way – calling the EWTD a “lifesaving” directive is not a ‘hot take’, as they might say in the media. Tired doctors make mistakes. Those mistakes can (sometimes) cause harm and even the loss of life in some cases. The stakes couldn’t be higher. We would never allow a bus driver, a pilot, or a train driver to operate for 36 hours in a row, or for 90 hours in a week. So, why do we ask our doctors to do it?

It seems common sense isn’t all that common after all. I have yet to meet a single person that thinks it is safe to ask a doctor to work between 80 and 100 hours a week. For NCHDs, what once seemed like a promising and auspicious career choice, now feels more and more like a medieval gauntlet. Our vocational calling to become doctors – our need to help people, to cure disease, and to ease suffering – feels more like a set of career manacles that perpetually shackle us to an employer who has little or no regard for our physical and mental health.

NCHDs have voiced their continuous incredulity every time EWTD compliance numbers are published by the HSE and even our politicians have acknowledged that they have heard first-hand of doctors claiming that working hours and timesheets are being falsified. Yet nothing is done about it and the train rolls on.

All the while NCHDs find themselves thinking: ‘Can I really work like this for the next 30 years?’; ‘Should I bite the bullet and move to Australia now?’; ‘How long will my family, my partner, my friends put up with my absenteeism?’; ‘Maybe medicine isn’t for me after all?’.

Trust has been irrevocably eroded between NCHDs and their employer. NCHDs feel like an afterthought whose humanity and dignity are yet another resource to be sacrificed in an attempt to meet the infinite service needs of a health service in perpetual meltdown. Described as the ‘backbone’ of the acute medical workforce, NCHDs feel less like the linchpin that they are, and more like a hastily scribbled side note on their employer’s ledger. I have no doubt, had NCHDs not chosen this moment to say “enough is enough” and stand up for themselves, the powers that be would have been perfectly content to allow the current working conditions to continue ad infinitum.

To their credit, at the onset of the pandemic, NCHDs shelved their discontent and put their shoulder to the wheel. Many of us were mortally afraid. We’d sit in our cars and cry. We still do. But now it’s from sheer exhaustion. From the fear we may not be able to make it through the next week, the next day, the next shift. In 2022, some 96.8 per cent of NCHDS reported having some form of depression, anxiety, exhaustion, stress, emotional stress, or other mental health condition related to, or made worse, by our jobs. These are the consultants and GPs of the future and many of them are thinking about quitting. Not just emigrating, but quitting medicine outright, such are the working conditions forced upon them.

I remember as a medical student I met a senior anaesthesiology trainee in Cork. He had one year left in his training. When I asked him what he planned to do when he qualified as a consultant, he said “quit”. He wanted a desk job, anything non-medical. Here was a man who had climbed the proverbial mountain, but he was so burnt out, so fed up, all he wanted to do was change profession. This country didn’t train that doctor, it harvested him.

What hope have we of solving the consultant workforce crisis when we treat our doctors like this? Take a cursory glance at social media and witness the outpouring of personal stories from NCHDs since the launch of the #StandingUp4NCHDs campaign. Multiple serious fatigue-related car crashes. Doctors with serious (life-changing) injuries as a result. Doctors being asked to work days after receiving life-saving surgery. Doctors falling asleep cycling to work. Doctors pleading with HR for time to see their loved ones, only to be told “They married a doctor, what did they expect?”. Seriously, what crime did NCHDs commit, besides wanting to care for their fellow man and woman?

NCHDs have grown tired of the perpetual equivocation by the HSE and lip service from our elected officials. While employers in many other sectors are engaging with their staff to see how a better work/life balance can be achieved in the post-pandemic world, NCHDs are battling to simply work safe and legal hours, and to get paid for those hours.

That’s to say nothing of the legion of international doctors who are promised the world to come here and are then used remorselessly to prop up our faltering health system only to find themselves in career purgatory. These doctors invest in Ireland. They uproot their families and commit themselves to a service that does not value or respect them. They arrive in Ireland and put down roots, marry, have children, and buy homes. They’re qualified, they’re talented, they’re committed. They want to stay in Ireland, but we give them next to zero opportunities. So, they’re forced to move on, and another western country – usually the UK – reaps the investment Ireland has made in onboarding them and integrating them into western healthcare. Shame on us for treating these professionals so poorly.

It is obvious to this cohort of doctors that the whole structure of NCHD training needs to be seriously rethought. The horrible truth – for anyone thinking about becoming a doctor – is that the model of training in Ireland is an anachronism from a bygone era, where a nomadic male doctor in his early 20s traipses around the country, and if he has any dependents (wife and kids), they traipse around after him. Despite the changing demographic of medical students and the introduction of the graduate-entry medicine pathway, it appears that no planning around this diversification took place and we are thus left with a system that utterly fails to meet the most basic of needs of the workforce. These demographic changes are completely incompatible with the current NCHD contract, which evidentially no longer reflects the employees it is intended for.

The Government stands at the precipice of alienating yet another generation of NCHDs. Unless there is a colossal paradigm shift, here and now, the majority of this generation will be lost for good. We will emigrate, change careers, or go into the private sector.

NCHDs are balloting for industrial action. This is a clear message to Government and the HSE that we are no longer prepared to maintain the status quo or accept a few token changes. We want to engage in meaningful negotiations around contract breaches, contract reform and new structures that value NCHDs, and emphasise a healthy work/life balance. The Government and the HSE should be in no doubt as to the level of anger, frustration and indeed despair amongst NCHDs, and we are calling on them to use this opportunity to make a difference and to ensure we have even a chance of keeping Irish trainees in the system.

A band-aid is not capable of closing the wound inflicted on this current generation of doctors. The proposed changes must be substantial and sweeping if there is any hope of regaining the trust that has been eroded by years of neglect and empty promises.