The debate – ‘e-cigarettes do more harm than good’ 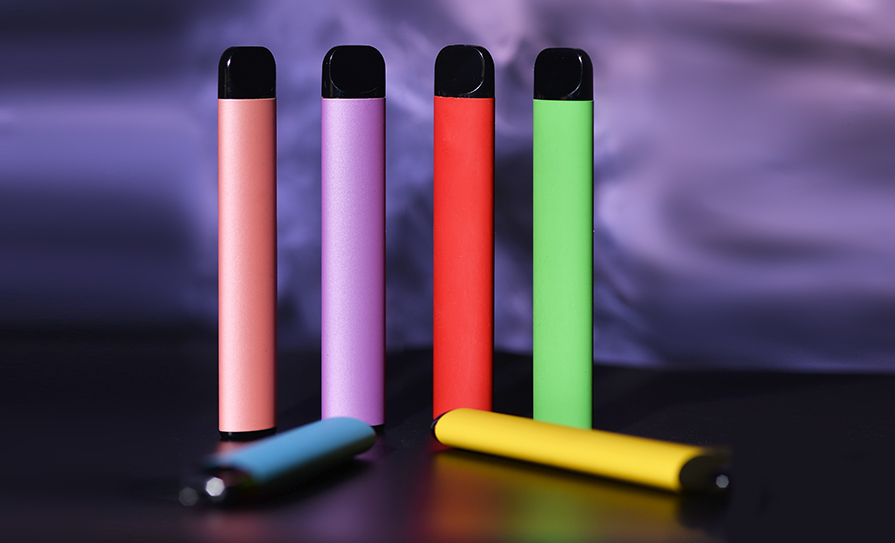 Set of colorful disposable electronic cigarettes on a black background with colour smoke. The concept of modern smoking, vaping and nicotine.

A debate on the pros and cons of e-cigarettes was one of the centerpieces of the Irish Thoracic Society Annual Scientific Meeting 2022.

Prof Luke Clancy of the Tobacco Free Research Institute chaired the debate, which proposed that ‘e-cigarettes are more harm than good’.

At the start of the debate, Prof Clancy asked for a show of hands on who agreed with the motion, which he described as a “nice contentious issue for debating”.

The majority of the attendees signaled they supported the motion.

Prof Cox said that a 2021 Health Research Board (HRB) systematic meta-analysis presented an overview from a number of studies, which had examined outcomes for nicotine replacement therapies (NRTs) versus e-cigarettes.

Bupropion has been shown to be very effective at smoking cessation, he said.

Prof Cox cited a Cochrane Review that using bupropion made it between 52-to-77 per cent more likely that a person would stop smoking.

“There is conflicting evidence as to whether e-cigarettes are any good for tobacco cessation, but at best they are no better than NRT.”

Explaining why he believed e-cigarettes should not be used in smoking cessation, Prof Cox highlighted that a common phrase used by ‘pro-vaping lobbyists’ was
that e-cigarettes were 95 per cent less harmful than tobacco cigarettes.

“That is one of the worst ‘factoids’ out there about this,” he said. “Where this statement came from was a 2013 paper from a group of 13 tobacco control experts looking at all the different products and how harmful they were compared with tobacco cigarettes. Actually, in the study itself, the authors said a ‘limitation of this study is the lack of hard evidence for the harms of most products on most of the criteria’. So even in the paper they said there was no hard evidence for what they were suggesting.”

In terms of the long-term impacts, Prof Cox cited research published earlier this year in the New England Journal of Medicine on ex-smokers who used e-cigarettes over a couple of years. Airway biopsies were taken from the ex-smokers and found areas of constricted bronchiolitis.

“They also found that when people stopped vaping, this regressed,” he said. “It is possible that this is what we might see in the next 20 years in the airways of people who chronically vape.”

He also highlighted that an ingredient of e-cigarettes, diacetyl, had been linked with bronchiolitis.

Citing a study ‘The association between e-cigarette use and asthma among combustible cigarette smokers’, which had 3,000 participants, Prof Cox said it found a 39 per cent greater risk of asthma in the people who vaped who had never previously smoked.

“So again, there is an association with a chronic condition.”

In the European School Survey Project on Alcohol and Other Drugs (ESPAD) survey, which looked at 2019 data, 39 per cent of teenagers in the 15-to-16 age group had previously used e-cigarettes.

“A smaller proportion, about 14 per cent, were using them on a regular basis; this is a significant increase from the previous ESPAD survey in 2015. There is a rising incidence of the use of e-cigarettes among adolescents,” said Prof Cox.

Discussing e-cigarettes as a gateway to tobacco products, a HRB review published in 2020 found an over four-fold increased risk in teenagers, who vaped, of moving on to using tobacco products.

He concluded that e-cigarettes were not an effective tobacco cessation tool and that doctors should be promoting well known and proven smoking cessation products. He added its chronic use was likely to be damaging to the airways.

“There is experimental evidence of that. There are case reports coming through that there are harmful effects on the airways,” he said.

Opposing the motion, Dr Kelly, whose main research interest is chronic obstructive pulmonary disease (COPD), acknowledged that she had an “uphill battle”.

“Us humans have a very complex relationship with nicotine,” she said.

“It was in 1956 that the surgeon general report in the US stated a clear association with lung cancer and cigarettes. But in 2022 cigarettes are still freely available.”

She said that doctors detested cigarettes and they wished the product had never been invented.

“But they were and there are over a billion smokers in the world. There are six million deaths a year from smoking.  We know that it is the single leading preventable cause of mortality. Aiding smoking cessation is the most valuable preventive medicine intervention that we can do.”

The majority of patients, 70 per cent, say they wished to quit and many seek medical advice on trying to quit, Dr Kelly said.

“So we need to keep our minds open, we need to at least consider e-cigarettes, if they can help at all.”

She said that “no matter what we do” about 9 per cent of pregnant women still smoke at the time of their delivery. Regarding teenage smoking, it was a multi-factorial issue, which included risk-taking behaviour, the meeting heard.

She said given it must be the case that many parents smoke given that approximately 20 per cent of adults are smokers.

“That means that kids, CF [cystic fibrosis] and asthma patients, they are being exposed to cigarette smoke,” Dr Kelly said. “We know for a fact that exposure to cigarette smoke is going to change lung development in a young lung, that it predisposes to obstructive lung disease and to cancer.”

She argued that anything that helped smoking cessation had to be good.

She said there was a need to change the thinking in addressing smoking as a public health problem.

“We need to challenge our thinking in this. Smoking has become concentrated in the poorest sections of society. These people need our attention,” she said. “Also what we have to offer smokers has become reduced.”

She said that there was good data regarding varenicline (Champix), “but has anyone tried prescribing it recently?”

“It is not available since April of last year. I rang a pharmacy before I gave this talk and it is not going to be available for a while yet.”

In the UK, in November of last year, the National Institute for Health and Care Excellence guidelines brought out a “comprehensive document” on prevention and promoting quitting, “and discussing the vaping products with our patients.”

In his rebuttal, Prof Cox said Dr Kelly’s data came from the UK, which was an outlier internationally.

“Very few countries have taken such a pro-vaping tack as the UK,” he said. He continued that neither the World Health Organisation nor the European Respiratory Society supported the use of e-cigarettes as a cessation tool. He also said there had been no dramatic decrease in smoking rates in the UK. He highlighted that many e-cigarette users were also smoking, and that there was a slight uptake in the number of adolescent smokers, and there was a strong association with e-cigarette usage with this increase.

Dr Kelly said while she took Prof Cox’s point on the UK information, “that doesn’t change the fact that it’s good information.” She added that bupropion was a “tough sell to patients with a side-effect profile”, she said.

“Although Champix is a good option, it is just not out there…. The reality is in adult medicine our patients are smoking, and if they want to try e-cigarettes and if it works for them, we at least have to be the doctor that listens to them and brings them along that path,” Dr Kelly said.

During questions from the floor, the environmental impact of single-use, plastic e-cigarettes was highlighted.

“They are really bad for the environment,” Prof Cox agreed. “There’s been an upsurge in disposable vapes in the past year or two.”

As well as being single-use and plastic, they also had a lithium battery, Prof Cox said. “I think it’s certainly an argument for disposable vapes to be banned.”

Dr Kelly said she agreed that e-cigarettes should be regulated and that she does speak about both nicotine replacement therapy and e-cigarettes in her practice.

She cited one patient who was an inpatient in a psychiatric facility who was trying to give up smoking.

“He is not going to go cold turkey. He’s tried nicotine replacement before, so it is better for him than the 40 cigarettes a day he’s smoking. So I do discuss e-cigarettes with him, otherwise, we are ignoring the elephant in the room.”

Another question asked if there was any data on the length of time people vaped. Prof Clancy said that qualitative data from young adults found that users reported that a “big ‘advantage’” of e-cigarettes was they could be used any time and continuously.

“There is evidence that they are continuously using it and the levels of nicotine are quite high.”

Responding to another question, Prof Cox said that as far as he was aware there was very little evidence that there is a carcinogenic effect of e-cigarettes.