The clinical aspects of neuromuscular disorders 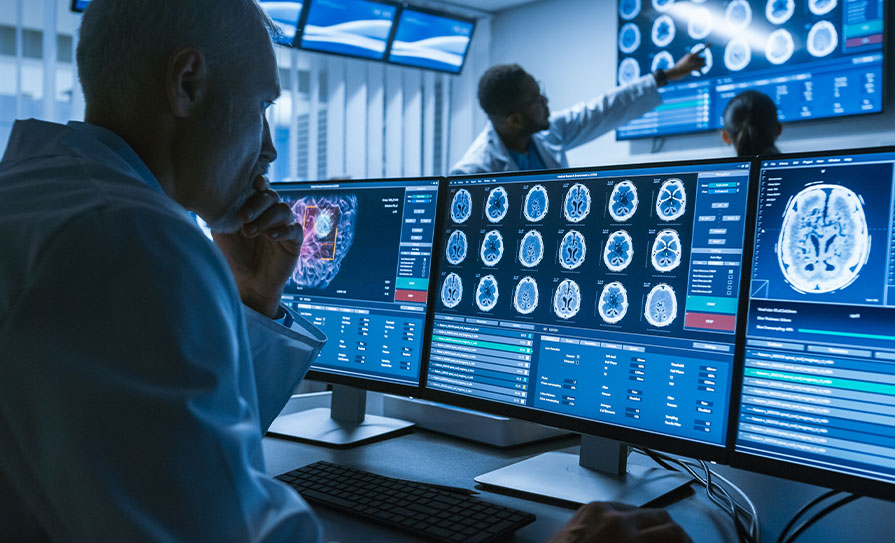 Honing clinical skills and being aware of new therapies are very important when treating rare neuromuscular disorders and channelopathies, according to Consultant Neurologist at Cork University Hospital, Prof Aisling Ryan.

Prof Ryan gave a presentation at the INA’s Annual Neurology Update Meeting in the Hyatt Centric Hotel, Dublin, to inform delegates about the clinical aspects of a number of neuromuscular disorders and channelopathies, and recent therapies they “may or may not have heard of”.

While neuromuscular disease and channelopathies are rare, Prof Ryan told the Medical Independent (MI): “I would like to emphasise that a lot of neuromuscular diseases now are treatable. And there [are] a lot of recent therapies that it’s important to be aware of, so that patients can be put forward for these treatments.”

Prof Ryan spoke about adult spinal muscular atrophy (SMA) type-2 and type-3 and the advances in treatment, such as nusinersen. This drug was approved in 2019 for infants and children under 18 years. However, a 2020 study, published in the Journal of Neurology, Neurosurgery, and Psychiatry, found the drug also improves motor function in adult SMA. Risdiplam is another new treatment, which is currently available to four adult patients with SMA in Ireland under a compassionate access programme.

Prof Ryan added: “As we alter the phenotype of this condition [SMA] with drug treatment in children, then perhaps you’re going to see other phenotypes are emerging in this.”

Adult-onset limb-girdle muscular dystrophy (LGMD) is a genetic disorder characterised by muscle atrophy and weakness in the muscles at the hips and shoulders and has had a new set of classifications since 2017. However, Prof Ryan informed delegates that “some people are still using the old [classification], most people are using the new one. Sometimes people are [using] both, it’s a little confusing.”

New disorders related to adult-onset LGMD are being described “all the time”, she added. Global disease-specific registries also exist for these patients, which can lead to them being selected for clinical trials. “These patients do deserve to be put forward for these clinical trials, when they emerge,” she said.

When diagnosing rhabdomyolysis, a condition in which damaged muscle tissue releases its proteins and electrolytes into the blood after a muscle injury, Prof Ryan said there may be “many causes… but a good history and a good family history is really important in these cases”.

The investigative pathway for diagnosis and treatment may need “a little bit of thought”, such as who may need a muscle biopsy and when and watching gene panels and where to send them. “This is usually best led by the neurology service in consult with our colleagues in medicine,” according to Prof Ryan.

With skeletal muscle channelopathies, often the condition in patients is not recognised and can go undiagnosed, Prof Ryan told delegates. “It breeds a bit of distrust among doctors sometimes, and because therapies are limited, patients can lose faith a little bit.”

One example of a possible therapy for these patients is exercise; however, the professor said this is “under studied, so we don’t have very good advice to give our patients”.

However, therapies are emerging, such as mexiletine for patients with non-dystrophic myotonias. Approved for adults by the European Medicines Agency in 2018, it is being considered for treatment in children, according to the professor.

Prof Ryan concluded: “We’re in a new era of treatment for neuromuscular disease…. And it is important that we’re all aware of these conditions and aware of the new therapies.”

The title of her talk was ‘Movement disorders: Semiology tips from La Pitié Salpêtrière’.

She covered a range of muscle dystonias and advised delegates on recognising and diagnosing these conditions, reminding them to listen to families, consider examining families to reach a diagnosis, and to not lose hope and persevere in finding a diagnosis.

She commenced and concluded her talk with the advice “look, look again, and keep looking”. She told MI: “I think it is a question of precision and also looking at the past. Not because we want to be back in the past, but because we don’t [want to] make the [same] mistake.”

“And also, be very precise in what you do, especially in movement disorder…. You have to describe precisely and do technique[s] as best you can. Because if you do a test which is so-so, it will not help and it will just ruin the hope of the patient.”