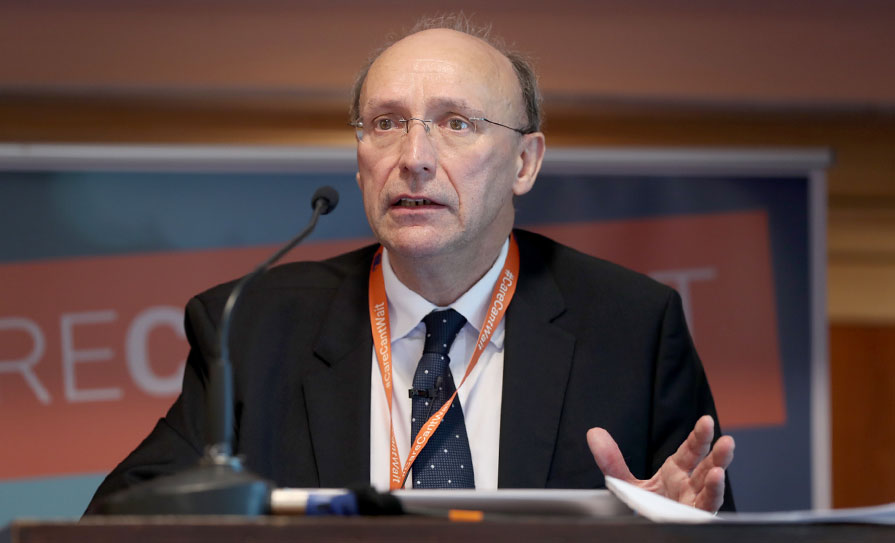 Ahead of the IHCA’s Annual Conference, Secretary General Mr Martin Varley contends that the failure to implement long overdue reform has resulted in significant gaps in the health service

Increasing levels of patient demand and the backlog of deferred care that has accrued due to the Covid-19 pandemic will require significant increases in public hospital capacity and a resolution of the consultant recruitment and retention crisis.

All sectors of Irish life have gone through extreme challenges in the past 30 months, but none more so than our health services. Our frontline consultants, doctors, and other staff have carried an enormous burden, as have patients. They have performed exceptionally well in the face of this once-in-a-century global health challenge.

This is against a background of major capacity deficits in our public hospitals. Over the past two decades, the Association has provided detailed analysis and evidence in its pre-Budget submissions of the scale and depth of the capacity shortages in public hospitals. It is shocking that successive Governments and the health service management have not addressed the glaring deficits and unfortunately there is insufficient evidence of a plan to put in place the necessary capacity. Ireland has one of the lowest levels of acute hospital beds and consultant numbers on a population-adjusted basis in the EU. On both parameters, we have about 40 per cent less than the EU average.

The conditions in which our hospital doctors and consultants practise are much more challenging than apply in other jurisdictions, because of the lack of facilities in our hospitals and the lower number of consultants in post. Our public hospital infrastructure, in terms of its footprint, geographic distribution and facilities have changed to a far lesser degree than needed to ensure efficient and effective care for patients. In fact, there is probably no other sector of the economy where the infrastructure so closely resembles that of decades earlier.

There is extreme frustration with the lack of investment in necessary facilities and capacity and the unacceptable waiting lists, which now stand at a record high of 910,000 people awaiting assessment or treatment by a hospital consultant. The ever-increasing waiting lists are an unfortunate manifestation of these deficits. Waiting lists figures have gone up steeply over the last decade and while this has been exacerbated in the past 30 months due to Covid, the root cause of the problem remains the capacity deficits including consultant vacancies, which are growing as population and demographic factors increase the demand for hospital care.

Flawed, costly, and damaging Government policies over the past decade have been instrumental in driving our highly trained medical specialists abroad, despite the huge demand for them in the Irish health service. This is due to the discriminatory terms and conditions imposed on consultant appointees from October 2012 onwards and insufficient capacity in hospitals to enable consultants and their medical teams to provide timely care to patients.

The health service management in jurisdictions to which our trained specialists are emigrating, firstly, do not discriminate against more recent recruits and, secondly, provide all appointees with the necessary facilities and resources to treat patients in a timely manner. In Ireland, flawed policies have been pursued by three successive Governments. They have resulted in over 900 permanent consultant posts – 22 per cent of the total approved posts – which cannot be filled as needed.

This situation has progressively deteriorated over the years, with data confirming a strong trend and relationship between the increasing number of consultant posts that are vacant or not filled on a permanent basis and growing waiting lists.

Despite absolute commitments by three Ministers for Health to end the discrimination, it still has not been delivered. The result is delayed care for patients, poorer outcomes, higher costs for the health service, including hundreds of millions in increased clinical indemnity and agency/ locum costs. It defies logic that the health service management has persisted for such a long time with flawed, costly, and damaging policies.

A policy that the Association supports is the long overdue restructuring of the HSE, especially through the devolution of much increased authority to hospitals, as well as devolved responsibility and accountability. Evidence of the success of devolving authority was clearly demonstrated during the 2020/21 period in managing the worst of the Covid pandemic.

There is a pressing need for the State to implement the legislation passed in 2016 to facilitate pre-action protocols. Their benefits and justification are that they speed up settlements for patients who suffered an adverse clinical incident and, in addition, they reduce costs because settlements are arrived at over a shorter period, with less legal input and costs. In addition, there is a need to address tort law reform, to ensure it is in line with other jurisdictions. Otherwise, it will significantly increase the cost of healthcare in Ireland to the detriment of patients and their care. Unfortunately, progress has been painfully slow in these areas.

Earlier this year, I had the opportunity to discuss the health service in Ireland with a visiting OECD analytical group. The participants in the group were from European countries that deal with planning and service provision in a very objective manner. I was aware that they, potentially, would lose sight of the fact that the approaches to such matters in Ireland can differ.

To bring them to the full realisation of the circumstances I had to advise them that in Ireland ‘yes’ does not mean ‘yes’, or if something appears in a plan it does not mean it will be acted on. Very often, this may limit progress, where progress and change are necessary.

Having shared our analysis of the capacity deficits in our public hospital with them, they understood the problems, in particular the capacity deficits and the dated infrastructure of our hospitals. To conclude our discussions, I highlighted that they were working from a very notable room in the Department, named after one of the State’s most eminent civil servants, TK Whitaker. I suggested that it would be extremely important that they visit a number of hospitals in Dublin, all of which were within a short distance of Merrion Street, including for example, the National Maternity Hospital, the Rotunda Hospital, and the Coombe Women and Infants University Hospital, so that they could see for themselves the dated infrastructure within which our frontline staff are delivering services and discuss with the Masters how long they have been waiting for promised relocation to modern facilities.

Despite these observations, there is a significant opportunity for everybody involved in the health service management, including the Minister for Health, together with the Association and its members, to develop and implement solutions to the obvious and overwhelming problems. This includes addressing the toxic discrimination policies, which are resulting in the ever-deepening consultant recruitment and retention crisis, the public hospital bed, theatre, and facility deficits that need to be addressed and the implementation of collaborative management approaches with devolved authority, as well as responsibility and accountability.

The negotiations between the Association and the health service management on a proposed new consultants’ contract is a critical element in ensuring that we can recruit the number and the calibre of consultants who are required urgently. This includes the 900 or 22 per cent of permanent posts that are vacant or filled on a temporary basis and, in addition, the required increase in the number of consultant posts by an estimated 58 per cent, as recommended before 2028 by the HSE National Doctors’ Training and Planning unit. This must be achieved in the context of the changing face of medical practice, new expectations in terms of work-life balance, the increasing global demand for highly trained specialists and the fact that other developed countries have moved rapidly ahead of Ireland’s public health services in those respects and are attracting an increasing number of our trained specialists, who increasingly do not plan on returning to our under-resourced public hospitals.

It is time to restore trust through collaborative engagement by the Government and the health service management with the Association and its frontline members who provide medical and surgical care to over six million people annually in our public hospitals. If the opportunity is not availed of, it will be lost to the detriment of the population that depends on public hospital services. We cannot let this happen.