New contract needs to be attractive and flexible in all aspects 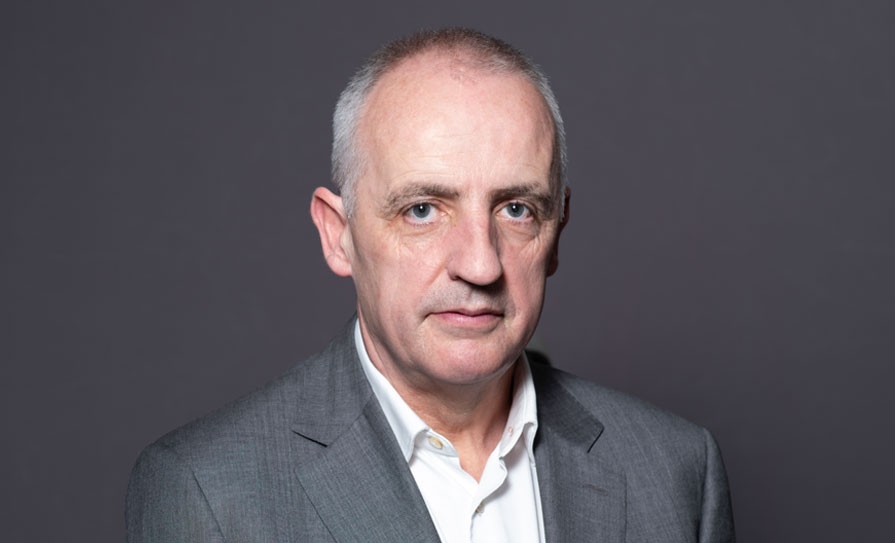 IHCA members will be gathering at the Radisson St Helen’s Hotel in Dublin on 1 October for their first in-person AGM and Annual Conference in three years, and my first as President of the Association. A lot has changed since our last AGM with members physically present in October 2019 (also at this year’s venue). Regrettably, much has also stayed the same.

The two key underlying issues facing consultants in the acute public hospital sector remain the consultant recruitment and retention crisis and the huge deficits in public bed capacity. These are the twin problems which are the root cause of the unacceptable record waiting list and many other issues facing the health service. Until both are resolved, we will not be in a position to deliver a fit-for-purpose health service for the population and the one million people on waiting lists for hospital care.

The consultant recruitment and retention crisis is now at an unprecedented level, with 22 per cent of approved permanent consultant posts not filled as needed. Over 900 consultant posts are not filled on a permanent basis and these figures are worsening rather than improving. This can only begin to be addressed by the introduction of a new agreed consultants’ contract. Negotiations are ongoing, progress has been slow to date, but we are deeply committed to negotiations in an open and transparent fashion. We want a new contract that will be attractive to all consultants, not just new consultants, but one which will also attract existing consultant contract holders to transfer over to the new contract. This can ensure that we have a united workforce, not one divided by pay inequity amongst other issues.

International comparisons confirm we have only 40 per cent of the EU average number of consultants and 40 per cent of the average number of acute hospital beds. Unless we have an attractive contract, we will not fill the existing vacant posts, not to mention the additional posts we need to establish. We need a contract which is attractive and flexible in all aspects. This must include good working terms and conditions which allow for, and facilitate, flexible working in terms of family commitments, the hours committed to public service per week, and academic commitments.

The new contract also needs to have flexibility around consultants who want to work independently in their own time outside of their contract. We need to encourage consultants to come here from abroad. It is an intensely competitive international market and if we are willing to pitch our contract at a level which provides flexibility on all these areas, we will be able to attract consultants back to Ireland and begin to close that gap on the 900 vacant posts.

Ireland has a long and proud tradition of doctors going abroad to train in the very best centres in the world and then bringing those talents and knowledge back home. However, at present, we are haemorrhaging our brightest and best to the rest of the developed world. We need these men and women to start coming back to work here in significant numbers to allow us to deliver a high-quality world-class service to the people of Ireland.

The predicament of consultants who took up their positions post-2012 must also be addressed, independently of the contract negotiations. The Minister for Health, Stephen Donnelly, has previously unambiguously committed to ending the pay inequity between these two groups. I am calling on the Minister to honour his commitment, keep his word and show goodwill and respect for the consultants working for far less money than their pre-2012 colleagues. Sorting this out unilaterally would immediately generate goodwill and help to renew trust with the consultant body.

The last decade has seen an incredible centralisation of decision-making and authority to the point that it has now become inefficient. Consultants on the ground are hugely frustrated trying to get decisions made and attempting to put initiatives in place and make necessary changes. The vast majority of consultants have very good, positive, and respectful working relationships with their local hospital management, but they tend not to have a working relationship with regional and group management. That needs to change. We have seen this change to a degree over the past three years, with the pandemic, whereby the hospitals have been given additional funding and the authority to spend it as they saw fit. In some cases, that has taken off the shackles and given the hospitals a chance to move away from centralised authority to localised decision-making, resulting in a much more agile and responsive service. Both patients and staff benefit hugely from this devolved authority, responsibility and accountability, and morale improves greatly among staff.

However, I have little faith that health service management will fundamentally change under Sláintecare. My understanding is that the new regional health authorities (RHAs) will not have any statutory power. They are just going to be another layer of administration, somewhere above the local hospital levels, that consultants will have to deal with. It’s more of the same and a wasted opportunity to devolve authority.

Good clinical governance as well as good fit-for-purpose managerial structures also need to be established. I do not see implementation of good clinical governance as part of what the RHAs will be doing. In my opinion, the current clinical directorship scheme has failed and needs to be revamped. Clinical directors, with one or two exceptions, have not been given budgetary and decision-making authority. They are consulted, but do not have the authority to make decisions.

International evidence confirms that clinicians know best how to structure and run clinical services. In this, we are out of line with other countries, such as the UK, the US and Australia, which have much better established and robust clinical governance structures, with consultants playing a leading and meaningful role in decision-making.

Historically, doctors in training in Ireland have been very poorly treated by the system. It is little wonder that so many go abroad, experience the working conditions there and how they are valued, and don’t want to come back to what they see as a dysfunctional system in Ireland, which does not truly value and support them. Our doctors in training need to be valued, given protected teaching time and their wellness looked after. They need to be convinced that this is a health system that is worth working in, so that when they go abroad for training they will come back. We want our young doctors to come back and give their expertise to the people of Ireland. At present, our health system is falling apart and our highly trained specialists are not coming back. They do not see the role of the doctor in training or indeed the consultant as valued or respected in their increasingly short tenure here and prefer to work and stay abroad. That needs to change.

Bed capacity is still a fundamental problem in the Irish hospital sector. Much of our hospital infrastructure is not fit-for-purpose and that has been unmasked by the pandemic. We need a massive capital investment in our acute hospital infrastructure, including an additional 5,000 public hospital beds opened by 2030. That is going to take a serious and robust commitment from Government and will take more than one term in office to address. I am not sure how we should approach it as a nation. Do we need to go to the World Bank for funding? What I do know is that we need to double our acute public hospital capacity across the country and do it quickly. Until we do that, we will have a continuous cycle of waiting lists, with short- term interventions and short-term gains, but long-term increases in our overall lists.

Consultants are fighting for space to see patients, fighting for theatre space and the most basic equipment needed to deliver care. To address this, we need a major investment in our public hospitals. It is worrying, however, that we cannot seem to deliver large capital projects in health without disproportionate delays and budgetary over-runs. A new mechanism is needed, as we cannot keep repeating the mistakes of recent years. We need a solution that is rapid and radical, not a repeat of what happened with the New Children’s Hospital. The Sláintecare proposal for three elective hospitals in Dublin, Cork, and Galway is a concept doomed to failure and will not address waiting lists. Instead of building three standalone hospitals providing limited procedures to a limited group of patients, we would be better advised to increase elective capacity across our existing acute hospital sites.

We have also been waiting a very long time for the unique patient identifier to be introduced. This is a basic building block of modern healthcare that will allow the transfer of medical records across sites and services, including radiology and pathology. The cyberattack exposed how far behind we are in terms of modern health IT systems, and we know we need a major investment to bring them up to speed.

We have a hugely talented healthcare workforce that is committed to doing their very best for patients. We need to value them, empower them, and support them. The people of Ireland should have a world-class, fit-for-purpose hospital system. Consultants are only too willing to play our part and will not be found wanting.