Healthcare should be viewed as a ‘driver for innovation’ – Prof Ostwald 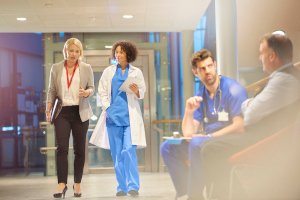 A novel perspective on the economic impact and societal value of health and medicines innovation is required, according to Chief Executive Officer and Head of Health Economics, WiFOR Institute, Germany, Prof Dennis A Ostwald (Phd). In his talk entitled ‘Attitudes to medicines innovation – A European perspective’, Prof Ostwald explained how he is seeking fundamental change in current, prevailing thinking around healthcare spending.

Prof Ostwald began by explaining that healthcare is wrongly viewed in many countries as a “cost factor”, instead of a driver of growth, employment, and innovation. He argued that a paradigm shift is required to change attitudes towards the health economy as a “driver for growth and employment”, contributing to a country’s gross domestic product (GDP) and employment. Healthcare is viewed politically as a cost and not as an investment, he said, adding that healthcare budgets are stretched internationally and are continuing to increase despite Government attempts to reduce costs.

He pointed out that in Ireland it takes 10 times longer than it does in Germany for new drugs to become available. Looking at what an innovation means to a society, he explained that the “social impact approach measures the impact of health technology on productivity and activity outcomes”.

“The social impact of health technology quantifies the incremental health benefits of an innovation over time and the effects such benefits have on paid and unpaid productivity outcomes,” he added. This involves measuring the health footprint and socioeconomic footprint of medical innovations. It “quantifies not only health benefits, but also wider economic and social benefits that come along with improved health”, explained Prof Ostwald.

Prof Robbins outlined that every innovation project has three distinct parts, including idea generation, idea conversion, and idea diffusion. The first of these, idea generation, is the “cornerstone of innovation”, he said. The second element involves testing and triaging ideas, with research undertaken. The final element, idea diffusion, is the introduction and launch of an idea. Prof Robbins produced research showing that just six per cent of companies believe their company has the people and know-how to “win at innovation”.

The world is now in the “fourth industrial revolution”, which, he said, includes artificial intelligence, robotics, nanotechnology, and autonomous vehicles, among other areas. Ireland is a “strong innovator”, according to the European innovation scoreboard 2020, said Prof Robbins. Healthcare, he noted, is “one of the world’s great innovation success stories”, with advances helping to eradicate disease, help people live longer and ultimately save lives.

He described ‘simple’ and ‘wicked’ problems, referring to the latter as problems that have no plausible, simple solution, such as, for example, the refugee crisis and Covid-19.

“To understand and tame wicked problems you need creative thinking,” he stated, with design thinking required to solve problems.

Even before the pandemic, healthcare was witnessing the perfect storm, he claimed, where none of the conventional strategies were working.
Referring to Covid-19, Prof Robbins remarked: “There is nothing like a good crisis to ignite innovation.”

“Already Covid has accelerated changes, processes and practices, which looked like they were both necessary and imminent before Covid, but the pandemic has accelerated both their trial and adoption.”

Examples of innovation due to Covid include the development of a high-speed hospital train in France, outdoor consultations, hospital ships, in-car testing and triaging, and online GP consultations, said Prof Robbins. The pandemic presents an opportunity, he said, with thought leaders calling this moment “the great reset”. It has three phases, survive, revive, and thrive.

“Right now we are in the eye of the storm, which is precisely the point to take stock,” he said.