The pharmacological treatment of HIV – from 1987 to present 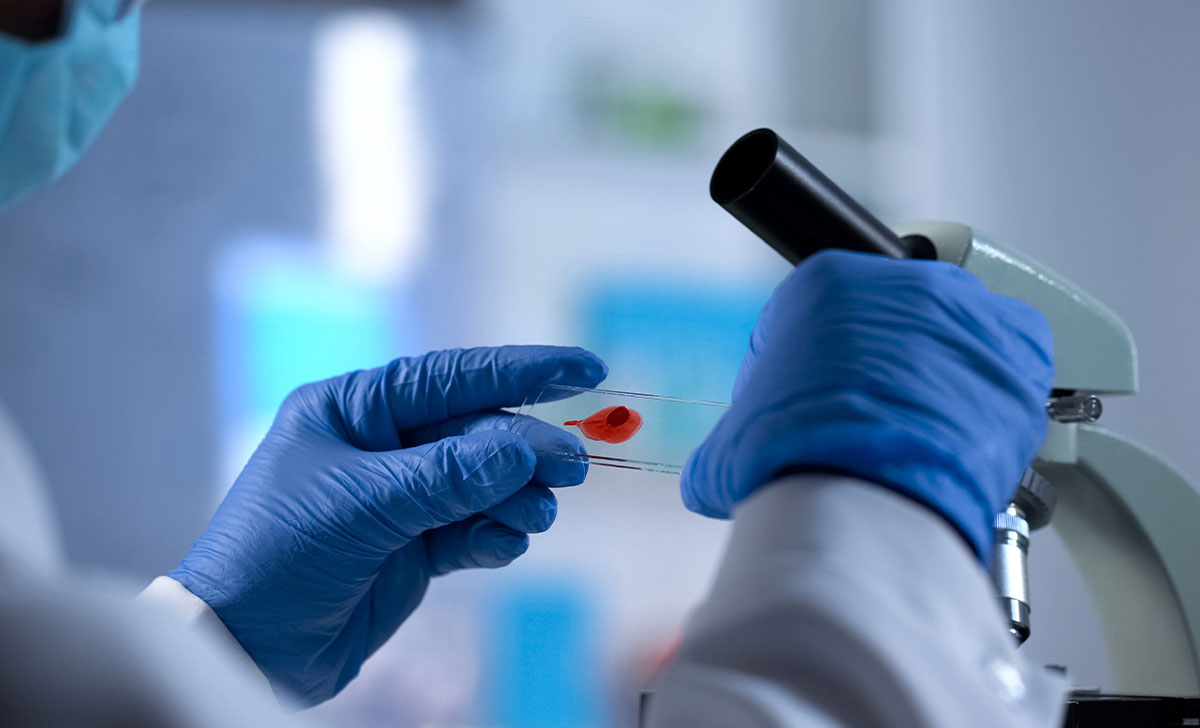 The pharmacological treatment of HIV – from 1987 to present

The medical and pharmaceutical care of those living with HIV/AIDS has changed hugely in the last three decades.

Paul is a 35-year-old man living with HIV and his elderly parents are unaware of his diagnosis. He was diagnosed five years ago at routine STI screening. He was HIV negative one year before. Baseline viral resistance testing was negative: There were many therapeutic options available to him.

At presentation, his CD4 count was low normal and his vial load high. As per protocol he was immediately started on an antiretroviral therapy (ART). Six months later, his viral load was <50 copies per ml of blood. He was virally suppressed and his CD4 count had risen to a healthy range. Paul requested a single tablet regime (STR) to facilitate his adherence to this ART. He was started on Triumeq (dolutegravir/abacavir/lamivudine).

To further facilitate his care and to avoid his parents accidentally discovering his stash of tablets, he requested depot injection of his ART. This will be given in the clinic every two months. He is currently awaiting this therapy, which will be available to him shortly.

I am guessing that I am not the only one who turned to television during our Covid-19 lockdowns. As a complete bookworm, I am not usually a TV watcher, except the news and Dr Pimple Popper. I need to gather CPD points wherever possible! I had many recommendations for possible viewing and one such recommendation was It’s a Sin, a miniseries on Channel 4, written by Russell T Davies. The series is set in London from 1981-1991 and charts the lives of three young gay men and their friends who move to London as news of a new disease was making its way from the US. This disease was caused by the human immunodeficiency virus (HIV) and the acquired immunodeficiency syndrome (AIDS), which for the majority was a consequence of untreated HIV. Some of our characters opted for denial and others set about informing themselves about this so-called ‘gay plague’. Of course, we the viewers knew what was to come: Decades of isolation, stigma, morbidity and, for many, death.

This series reminded me of the ’80s when my relationship with HIV began. In another incarnation, I was a post-doctoral research fellow in the Nutrition Department in the University College California, at Berkeley. At this time, the gay community was being decimated by this gay plague. In 1981 the Centres for Disease Control and Prevention (CDC) in the US published in their Morbidity and Mortality Weekly Report a report of two very unusual diseases in the population; Kaposi’s sarcoma and Pneumocystis pneumonia among homosexual men in New York City and California. In 1984 Dr Robert Gallo and his team identified a retrovirus they called HTLV-III, a name he initially chose because he considered it to be a relative of the leukaemia viruses his lab was studying. HTLV-III became known later as HIV-I and was subsequently identified as the cause of AIDS. In the papers a year earlier, however, on May 20, 1983, the French virologist Luc Montagnier and his team at the Pasteur Institute in Paris had published a paper in Science identifying a retrovirus they called lymphadenopathy associated virus (LAV), which they isolated from a patient with AIDS. Both Gallo and Montagnier later agreed to share the title of co-discoverers of the virus and they wrote several papers together describing their work.

HIV is a retrovirus, which is a virus that uses ribonucleic acid (RNA) as its genetic material. When a retrovirus infects a cell, it makes a DNA copy of its genome that is inserted into the DNA of the host cell. There are a variety of different retroviruses that cause human diseases, such as some forms of cancer and AIDS. HIV destroys CD4 T-lymphocytes, which are crucial for the immune system.

Opportunistic infections (OIs) are illnesses that occur more frequently and are more severe in people with HIV; which is because of the damaged immune system. Kaposi’s sarcoma and Pneumocystis jirovecii are examples of OIs. Other OIs include cytomegalovirus retinitis and cerebral toxoplasmosis to name but a few.

HIV-1 is the most common type of HIV and occurs all over the world. Approximately 95 per cent of people living with HIV have HIV-1. HIV-2 is mainly found in west Africa, but it is slowly starting to appear in other regions, including the US, Europe, and India. Though HIV-1 and HIV-2 are both retroviruses that can have similar effects on the human body, they are genetically distinct and not all tests and treatments work for both HIV-1 and HIV-2.

The medical and pharmaceutical care of those living with HIV/AIDS has changed hugely in the last three decades. We now have a large drug armamentarium to fight the HIV virus, depot injections may soon be generally available, and the search for an effective vaccine to prevent HIV is looking ever promising. This search has in no small part been facilitated by the technology garnered from the genesis of the mRNA Covid-19 vaccine. But for now, Biochemistry 101.

Zidovudine (ZDV) was the first anti-retroviral therapy (ART) drug licensed to treat HIV infection, having been approved by the US Food and Drug Administration (FDA) in 1987 and it soon became available for use in Ireland. ZDV belongs to a class of drugs known as nucleoside reverse transcriptase inhibitors (NRTIs). In isolation, it halted HIV replication, but for a brief period. ZDV was also toxic, causing bone marrow suppression and severe myositis. We now know that used in isolation, the virus outsmarted the drug and became resistant to ZDV, thereby shortening its lifespan of efficacy.

This year was very important in HIV care. It heralded a further key class of anti-HIV drugs, termed protease inhibitors (PIs). These drugs were not without their problems, however. The pill burden was large with early PIs and they had many inherent toxicities. More importantly perhaps, all the PIs are metabolised by the cytochrome CYP3A4, so a thorough review of other prescribed medications also metabolised by CYP3A4 is essential, and they were not suitable for all. Used with NRTIs it was expected that the replication of HIV would be compromised. It was.

The availability of PIs coincided with the routine measurement of HIV viral load. Initial sensitivities of this viral load assay were poor, with a cut-off of 1,000+ copies per ml, but this has improved hugely in recent years. Viral suppression means no onward transmission. This knowledge is hugely important for both physician and patient alike. It allays the fear of infecting a sexual or drug-using partner.

The non-nucleoside reverse transcriptase inhibitors (NNRTIs) directly inhibit the HIV-1 reverse transcriptase (RT) by binding in a reversible and non-competitive manner to the enzyme. They were the next class of drug to arrive on the market. Unlike NRTIs, NNRTIs are not structural analogs of nucleosides or nucleotides. The main difference between them is that the NRTIs need to undergo three-step phosphorylation to activate antiviral activity, while the NNRTIs do not need to undergo initial phosphorylation. NNRTIs bind directly to HIV RT at a hydrophobic site remote from the enzyme’s active site to produce a conformational change that prevents substrate binding.

The next class of drugs used to treat HIV infection targeted the integration of viral DNA (made through reverse transcription of HIV RNA) into the host genome. This mechanism is facilitated by the enzyme integrase. Integrase inhibitors, or integrase strand transfer inhibitors (INSTIs) as they are termed, prevent the formation of covalent bonds with host DNA. This prevents incorporation of HIV into the host genome.

Two NRTIs form the backbone of many ART triple therapy regimens, and the third drug is usually from another class such as NNRTIs, PIs or INSTIs.

Co-formulated drug regimens (STRs) became popular to facilitate drug adherence in HIV treatment. Examples include Triumeq (abacavir and lamivudine, two NRTIs and dolutegravir, an INSTI), Biktarvy (emtricitabine and tenofovir alafenamide, two NRTIs and bictegravir and INSTI) and Eviplera (tenofovir disoproxil fumarate and emtricitabine, two NTRIs and rilpivirine, an NNRTI). Taking just one daily combination pill instead of two, three, or four pills simplifies treatment for people with HIV. It also improves the effectiveness of the drugs.

The pharmacological treatment of HIV has come a long way since monotherapy with ZDV in 1987, to STRs today. For some though, even talking one pill a day can seem daunting, they forget to take it, or, more commonly, they feel that it is a daily reminder of their HIV status. Many patients may opt for the newly-licensed injectable HIV treatments.

The first such injectable is a two-drug regimen containing the INSTI cabotegravir, which has a long half-life, and rilpivirine, an NNRTI developed to lessen the chance of drug resistance. The two drugs are given separately into each buttock every one or two months. Early trial data on the injectables showed non-inferiority with oral ART.

Some complain of soreness or bruising at the injection site, which is short-lived. Some physicians worry that if a patient is non-adherent with oral medications, missing a day or two now and again, it is not the end of the world. However, if they miss their injection at the appointed clinic time, every one or two months, that may prove problematic.

There is a grace period of seven days, after which time drug levels decline; thereby risking viral resistance to the medications. Is it a sin to be HIV positive? Absolutely not. Is it a miracle that we have come so far in the treatment of this disease? Probably.