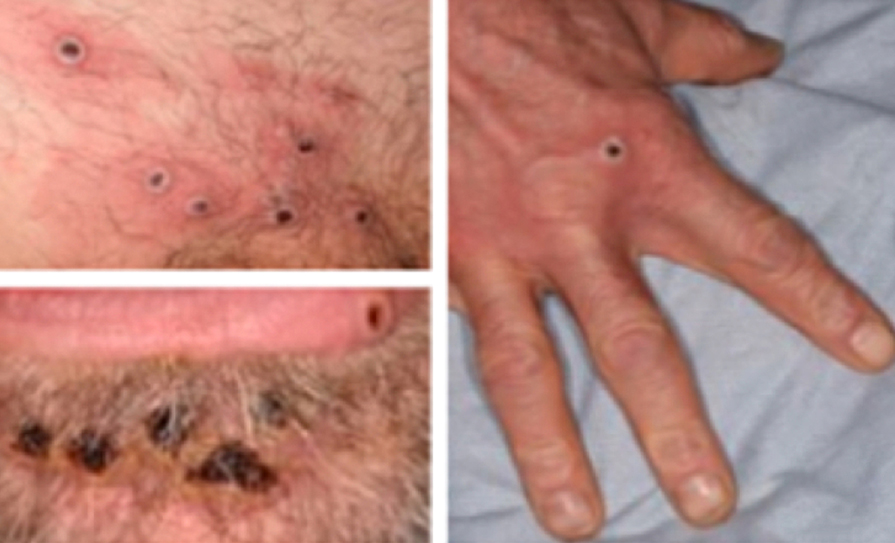 Dr Tom Barrett provides a detailed overview of the current monkeypox (mpox) outbreak, symptoms of the infection, and the vaccination programme in Ireland

Monkeypox (which is being renamed mpox by the World Health Organisation (WHO)) was first recognised in 1958, when two outbreaks of a pox-like disease occurred in macaque monkeys in a research facility in Copenhagen. The first human case was recorded in 1970 in the Democratic Republic of the Congo (DRC), who was initially diagnosed with smallpox, as the two diseases can resemble one another. Both viruses are orthopoxviruses. Since then, the infection has been reported in a number of central and Western African countries. Monkeypox is endemic to tropical rainforest regions of Central and West Africa. Most cases are reported from the DRC and Nigeria.

In 2003, monkeypox was recorded in the US when an outbreak occurred in humans and pet prairie dogs following importation of rodents from Africa. The human infections followed contact with an infected pet and all patients recovered. Monkeypox virus has been isolated from a number of ani- mal hosts in sub-Saharan Africa, including small mammals such as rodents. A wide range of African mammals, including primates, can become infected with the monkeypox virus.

On 7 May, 2022, monkeypox was identified in the UK in a person with recent travel to Nigeria. Since then, hundreds of cases have been reported in non-endemic countries without a history of travel to Africa. On 23 July 2022, WHO declared the global monkey- pox outbreak a public health emergency of international concern, with the vast majority of cases in the European region. The cases in Ireland are part of an ongoing multi-country outbreak of monkeypox in Europe, the Americas, and many other regions worldwide.

Strains and cases of monkeypox

There are two clades (strains) of monkey- pox; the Central African and West African strains. A recent systematic review report- ed a case fatality rate of 10.6 per cent for the Central African strain and 3.6 per cent for the West African strain in a Nigerian population. However, most of this data is from countries where access to healthcare might be variable. The West African lineage is generally associated with milder disease and is responsible for the 2022 outbreak. As of 26 November 2022, there were 81,107 confirmed cases of monkeypox globally reported from 110 countries and regions to the WHO. Nine-hundred and eighty-two of these cases were in the African countries that historically report monkeypox. Fifty-five deaths from monkeypox have been reported, five in Europe. No case linked to occupational exposure has been reported to date.
In Ireland, as of 19 November 2022, there were 217 cases reported, 215 were male and two were female, with a median age of 35 years. Twenty people have been hospitalised. Twelve cases were admitted for clinical care, three were admitted for isolation purposes, and the reason for admission for the remaining five remains unknown. Currently, data shows that gay, bisexual and other men who have sex with men (gbMSM) make up the majority of cases in this current monkeypox outbreak. However, anyone who has been in close personal contact with someone that has monkeypox is at risk. Sexual orientation is known for 194 people affected in Ireland, 193 of whom self-identified as gbMSM. The epidemiological picture to date in Ireland is similar to that seen in other countries, whereby cases are primarily in gbMSM populations.

In Africa, the majority of human monkeypox infection cases have traditionally been infect- ed through direct contact with African wild mammals and consumption of bushmeat. In this current outbreak, human-to-human transmission of monkeypox virus is evident, through direct contact with lesion exudate, crust material, lesion scabs, body fluids or contaminated materials like bedding, clothing, and surfaces. The virus enters the body through broken skin, the respiratory tract or mucous membranes (eyes, nose, mouth, anus or vagina). It usually takes close physical contact with a symptomatic individual for transmission to occur. The incubation peri- od is generally six-to-13 days, but can range between five-to-21 days.

The rash appears within one-to-10 days of development of fever, usually within one-to- three days, beginning on the face and then spreading to other parts of the body. The lesions are initially maculopapular, pruritic and about 2-5mm in diameter. They then become vesicular, then pustular and painful, before ulcerating, crusting and scabbing. The lesions seen in monkeypox are similar to those of varicella, however, unlike varicella, the lesions in monkeypox infection evolve at the same time and do become pustular.

The rash was typically only seen on the face, palms of the hands, soles of the feet, and occasionally in the mouth. However, during the upsurge of human monkeypox infection cases seen in Nigeria since 2017, more than two- thirds of cases developed genital infections, indicating the likelihood that monkeypox virus could be transmitted through close skin- to-skin contact during sexual intercourse. In the current outbreak, genital lesions are also being seen. The entire cycle, from initial presentation until lesion desloughing and skin healing, takes between two and four weeks, depending on the severity of the disease. This evolution is shown in Figure 1.

Monkeypox infection is usually a self-limiting illness and symptoms generally last for two-to-four weeks. The disease is more severe in young children, pregnant women, older persons, and those who are severely immunocompromised, especially if this is related to HIV. Secondary bacterial skin infection is not uncommon in monkeypox infection and re- quires early and aggressive intervention.

multi-agency, multidisciplinary response to the outbreak in Ireland. The HSE also continues to actively monitor the evolving international situation. To assist in Ireland’s response, monkeypox has been made a notifiable disease. Any patient who presents with symptoms of monkeypox, or any close contacts of confirmed monkeypox cases, should be referred to the local Department of Public Health for follow-up.

There is no specific treatment for human monkeypox infection. The monkeypox vac- cine distributed in the EU contains Small- pox Modified Vaccinia Ankara – Bavarian Nordic (MVA-BN). Imvanex, a third-generation smallpox vaccine, is authorised by the European Medicines Agency (EMA) for the prevention of smallpox, monkeypox, and disease caused by vaccinia virus in adults. It is marketed as Jynneos in the US, where it is authorised by the Food and Drug Administration (FDA) for the prevention of monkeypox. During the current monkey- pox outbreak, both Jynneos and Imvanex are being used across the EU in line with EMA recommendations. The vaccine contains a non-replicating form of vaccinia virus that does not cause disease in humans, as it can- not replicate in human cells.

People who are considered part of a high- risk group can now book a pre-exposure vaccine through this HSE website: www2. hse.ie/conditions/monkeypox/vaccine/#.

They will receive the vaccine in a sexual health clinic or at a vaccination centre. Two doses of the vaccine are given intradermally or subcutaneously in the forearm, 28 days apart, as per the National Immunisation Advisory Committee immunisation guidelines. The vaccine is effective 14 days after the second dose. Vaccines may develop adverse re- actions, similar to the prodromal symptoms of monkeypox infection, during the first 48 hours after vaccination. There may be erythema, induration or itching at the intradermal vaccine site, or mild injection site skin discoloration lasting six or more months. Any reported adverse events should be notified to the Health Products Regulatory Authority (HPRA).

Information for the public is available at: www2.hse.ie/conditions/monkeypox/