The role of urodynamics in OAB 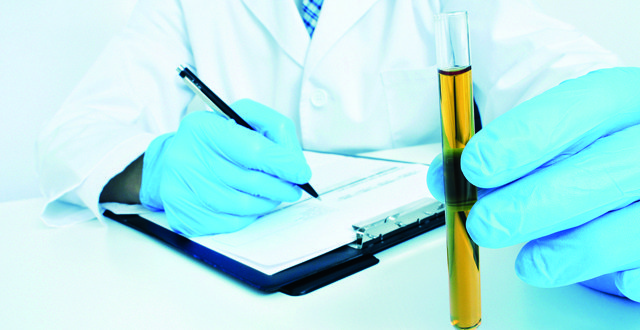 Urodynamics is essentially the general term to describe all the measurements that assess the function and dysfunction of the lower urinary tract (LUT) by any appropriate method.

Invasive urodynamics is any test that is invasive, as it involves insertion of one or more catheters or any other transducers into the bladder and/or other body cavities, or insertion of probes or needles, for example for EMG measurement.

She highlighted the International Continence Society (ICS) standards (www.ics.org), which she said are particularly intended for evaluation of the function of the LUT of adult persons without relevant neurological abnormalities and with intact ‘normal’ anatomy of the LUT.

Summarising the European Association of Urology (EAU) guidelines for diagnosing OAB in the non-neurogenic patient, Ms Kelly said urodynamic testing is not recommended prior to conservative management, with recommendation of the use of ultrasound for assessment of residual urine volume. Under the guidelines, urodynamic testing is required, however, prior to surgery in both men and women if it will change the choice of treatment.

In contrast, for diagnosing OAB in neurogenic patients, the EAU guidelines recommend that urodynamic investigation is necessary to document LUT function/dysfunction and same-session repeat measurement is crucial for clinical decision-making. Non-invasive urodynamic testing is mandatory prior to invasive urodynamics, with video-urodynamics the gold standard for invasive urodynamics in patients with neurogenic lower urinary tract dysfunction (NLUTD). If this is not available, then a filling cystometry continuing into a pressure flow study should be performed.

Clinicians carrying out urodynamics in patients with urge incontinence should:

<p class=”listBULLETLISTTEXTMIstyles”>Ensure that the test replicates the patient’s symptoms.

<p class=”listBULLETLISTTEXTMIstyles”>Interpret results in the context of the clinical problem.

<p class=”listBULLETLISTTEXTMIstyles”>Remember there may be physiological variability within the same individual.

<p class=”listBULLETLISTTEXTMIstyles”>Advise patients that the results of urodynamics may be useful in discussing treatment options, although there is limited evidence that performing urodynamics will predict the outcome of treatment for uncomplicated urinary incontinence (UI) (Level C evidence).

<p class=”listBULLETLISTTEXTMIstyles”>Perform urodynamics if the findings may change the choice of invasive treatment (Level B evidence).

Summarising the EAU guidelines (2016) evidence base, Ms Kelly said: “Most urodynamic parameters show variability within the same session and over time this limits their clinical usefulness.

“Different techniques of measuring urethral function may have good test-retest reliability, but do not consistently correlate to other urodynamic tests or to the severity of UI; there is limited evidence that ambulatory urodynamics is more sensitive than conventional urodynamics for diagnosing detrusor overactivity (DO); there may be inconsistency between history and urodynamic results and the presence of preoperative DO may be associated with persistence of urgency postoperatively.”

She also discussed the use of pad tests, which involve the measurement of urine loss using an absorbent pad worn over a set period of time or during a protocol of physical exercise that can be used to quantify the presence and severity of UI, as well as a patient’s response to treatment. Ms Kelly said while there are a number of different pad tests, there is no evidence that one type of pad test is superior to another. She recommended having a standardised duration and activity protocol for pad tests, and to repeat the pad test after treatment if an objective outcome measure is required. Standardisation of bladder volume and degree of provocation improves reproducibility, she noted.

Ms Kelly then examined the question of whether urodynamics influence the outcome of conservative therapy in OAB. A Cochrane Review of seven RCTs showed that use of urodynamic tests increased the likelihood of prescribing drugs or avoiding surgery. However, there was no evidence that this influences decision-making or altered the clinical outcome of treatment (Djavan et al, 2004). Sub-analysis of an RCT comparing fesoterodine, an antimuscarinic agent indicated for the treatment of OAB, to placebo showed no predictive value for treatment response, by the urodynamic diagnosis of DO. She noted that there have been no specific RCTs looking at whether urodynamics help to predict complications of surgery for UI. The presence of preoperative DO has been associated with postoperative UI, but did not predict overall treatment failure following mid-urethral sling or following sling surgery or colposuspension (Comiter et al, 1997).

She suggested that a future study should address whether any individual urodynamic test, or combination of tests, influence the choice of treatments or prediction of treatment outcome for UI.