An update on axial spondyloarthropathy 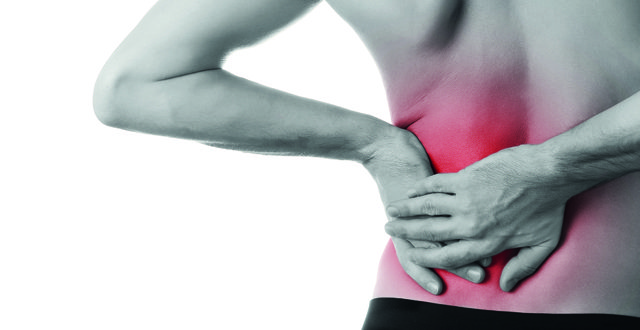 Axial spondyloarthropathy (SpA) refers to a form of inflammatory arthritis that predominantly affects the spine. Axial SpA has a broad phenotype that includes both ankylosing spondylitis (AS), the prototype spondyloarthropathy also known as radiographic axial SpA, and the non-radiographic spectrum of the disease that may represent either early or mild forms of disease with the potential to progress into AS.

A 27-year-old man presented with an 18-month history of low back pain. For the first few months he attributed this to the amount of training and football matches he had been playing. However, even in the off-season his symptoms persisted; in fact he thought they were worse since he cut back on his training. He described low back pain that radiated in to his left buttock. There was associated early morning stiffness. He felt that his training session actually helped his symptoms. He was assessed by his GP who sent him for a plain x-ray of his pelvis – the report commented on slight sclerosis of his left sacroiliac joint, but overall no significant abnormality. Due to ongoing symptoms he was referred in to his local rheumatology service. He was otherwise healthy. He had no personal history of uveitis, psoriasis or inflammatory bowel disease (IBD), although he did have a cousin with Crohn’s disease. He had a normal range of motion in his spine. He was given a trial of a non-steroidal anti-inflammatory drug (NSAID) while some investigations were performed. This resulted in a significant improvement in his symptoms, but they recurred on cessation of the medication. The tests included: Testing for HLA-B27 (which turned out to be positive) and an MRI of his sacroiliac joints, which revealed bilateral asymmetrical sacroiliitis, worse on the left than the right. He was diagnosed as having axial spondyloarthropathy (SpA), which can be considered the early form of ankylosing spondylitis (AS).

The all-inclusive clinical entity is axial SpA, of which AS is the extreme phenotypic manifestation, and is characterised by sacroiliac joint and spinal damage, which may range from mild erosive disease to new bone formation and spinal fusion.

Axial SpA can therefore be defined as a chronic inflammatory disease with a varied clinical phenotype that in its severe, advanced stage is identified by a combination of clinical symptoms and established radiographic changes. This stage is called AS.

It is now understood, however, that a large number of affected individuals may not fall in to the category of AS, yet they can suffer the same burden of symptoms and disability as those who do. Although it was initially thought that the non-radiographic stage may represent an early phase of disease (early AS) for a subset of individuals; this will not be the case for all, as radiographic progression is not universal. It has been estimated that approximately 50 per cent of ‘non-radiographic’ axial SpA patients will progress to AS over a 10-year period.

The advent of, and easier access to, MRI has helped identify this cohort of patients. It is, however, important that the correct type of MRI is requested. A standard T1 view (used extensively for identifying disc lesions) will not pick up the inflammatory changes seen uniquely in this group of conditions. A fat-supressed view known as a STIR (Short-TI Inversion Recovery) is what is required to pick up the lesions seen in axial SpA.

Axial SpA commonly starts in the second to third decade of life. It was previously felt that classical AS had a male to female ratio of 10:1, however, we know that taking the axial SpA group as a whole, the male to female ratio is closer to 3:1. The majority of epidemiological studies performed to date have been in AS, which has an estimated prevalence of 0.5 per cent. The overall prevalence of axial SpA is variable with estimates between 0.32 per cent and 1.4 per cent depending upon geographical region and ethnicity. The average age of symptom onset in axial SpA is slightly later in women than men with a lower prevalence of HLA-B27 in women, which may account for a slightly longer diagnostic delay.

Classical AS has a notoriously long delay in diagnosis. This occurs for a number of reasons. Firstly, the usual presenting symptom in AS is back pain, but there are many causes of back pain that are more frequent than AS, so not surprisingly, the diagnosis can be overlooked. Also to meet formal diagnostic criteria for AS (Modified New York criteria), you have to have definite radiographic changes on a plain x-ray of your pelvis that confirms inflammatory change in the sacroiliac joints (sacroiliitis). These can take many years to develop on x-ray, hence a figure of a nine-year delay in diagnosis is frequently quoted in the literature for AS.

The recent classification criteria for axial SpA developed by the Assessment of SpondyloArthritis International Society (ASAS) incorporates both radiographic and non-radiographic disease stages; the biggest difference in these criteria is including sacroiliitis on either radiography or MRI. This has greatly facilitated the capture of these patients at a much earlier stage rather than having to wait for plain radiographs to become abnormal. These criteria capture the broad spectrum of features that go towards confirming a diagnosis of axial SpA (Figure 1).

Making a diagnosis of axial SpA can still be a challenge – the basic premise or issue still remains. Back pain is a very common symptom in the general population even in people under the age of 40 years, and any form of inflammatory arthritis of the spine still makes up only a small percentage (no matter what criteria are used). A useful algorithm has been given to us by our colleagues in ASAS – see Figure 2.

The number one issue is deciding on whether or not the back pain sounds inflammatory in origin. Classically inflammatory back pain improves with activity, worsens with rest. It is associated with increased symptoms in the second half of the night (as inflammation will build up during sleep), and significant early morning stiffness that can be very debilitating.

Other features to note on history include any personal history of related medical conditions such as psoriasis, IBD or the inflammatory eye condition uveitis. There may be a family history of one or more of these conditions or indeed axial SpA itself.

Patients with inflammatory back pain will frequently report a much better response to NSAIDs than those patients with other causes of back pain such as biomechanical or disc issues.

The first-line of treatment for all axial SpA patients is a dedicated exercise and stretching regimen. Maintaining flexibility as much as possible has to be the goal for all patients. Axial SpA patients should be strongly encouraged to maintain a normal body weight and refrain from smoking. All disease outcome measures are better in non-smoking patients with a normal BMI.

The first-line option for medical treatment is the use of a NSAID, which can be considered in most patients. There are, however, some patient groups where the use of NSAIDs should be avoided (history of GI bleeding, renal impairment, NSAID hypersensitivity). In axial SpA patients where NSAIDs either cannot be used or have not adequately controlled the symptoms of pain and stiffness, the use of a biologic medication should be considered. There is little role for standard disease modifying drugs (DMARDs) such as methotrexate or sulfasalazine in axial SpA unless they have predominantly peripheral symptoms (which happens infrequently). There is also no role for systemic steroids in treating axial SpA.

Traditionally, the biologics that are used as first-line therapy fall in to the group of anti-TNF agents (adalimumab, certolizumab, etanercept, golimumab and infliximab). More recently the first of a new group of biologics targeting interleukin-17 have become available (secukinumab).

ASAS guidelines tell us that patients that remain symptomatic with active inflammatory-sounding back pain despite at least two different NSAIDs over a four-week period in total should be considered for a biologic. Different instruments can be used to assess patients for active axial SpA – the most commonly used is the BASDAI (Bath AS Disease Activity Index). This is an easy self-reported questionnaire that patients complete asking them about various aspects of their condition such as spinal pain, stiffness, fatigue, etc. The scores are averaged giving a value from zero to 10, with a score of four the cut off that is considered active disease.

These biologics agents are very effective in controlling the symptoms of axial Spa. They have a rapid speed of onset resulting in less pain, stiffness and fatigue in the majority of patients. No one agent has shown superiority over any of the other biologics. Many of these agents have been used for over 15 years at this stage. This has resulted in a huge amount of experience and indeed comfort in using them. Overall their safety profile has been very reassuring. There is an increased, albeit modest risk of infection. So it is important to educate all patients in relation to this potential risk.

There has been no increased risk of developing malignancy on any of these agents with the exception of non-melanoma skin cancers – this data has come from a number of large international registries.

Diagnosing and treating patients with axial SpA has changed enormously over the last 15 years. The concept of axial SpA in itself did not really exist prior to this. With the advent of new criteria we are hopefully diagnosing these patients earlier and getting them on effective therapies more rapidly. Issues still exist, however.

Education of our medical and healthcare profession colleagues about the concept of axial SpA is a priority. When treating patients with back pain, particularly younger patients, an index of suspicion needs to exist or else the condition will be missed.

Other issues relate to resources. Access to MRI, so important in making the diagnosis, can be very challenging in the public sector.

Rapid access to rheumatology clinics also remains an issue in many parts of the country. Biologic therapies are expensive, so further work is required to personalise the care of patients with axial SpA to determine which therapy will work in a particular patient.

However, it is a time of huge developments in the spondyloarthropathy world and we need to emphasise this to our patients. We have now moved on to an era of more detailed genetic analysis of our patients concentrating on additional factors other than HLA-B27. Genetic studies focusing on IL-17 were the foundation for the development of the newer therapies that block this pathway. Large genetic studies are being undertaken currently that will hopefully reveal further therapeutic targets.

Over the last five years, the Ankylosing Spondylitis Registry of Ireland (ASRI) has been established. Approximately 800 patients with axial SpA have been entered in ASRI to date from all around the country – samples from the ASRI cohort have recently been included in a large international GWAS (genome-wide association study), the results of which are awaited with great interest.

High-quality clinical data has also been accumulated as part of ASRI. This is already improving our understanding of the condition. We have been struck by data on the high incidence of obesity in this cohort of patients. The historic picture we have in our minds of a thin patient with AS is not borne out by the data.

In a pre-biologic era our patients frequently engaged in intensive exercise programmes to help keep their symptoms under better control. Now we have very effective medications, so the incentive to engage in exercise is not as great. This certainly might be playing a role in increasing obesity, although we know that this is a population-wide issue as well so further work is needed in this area.