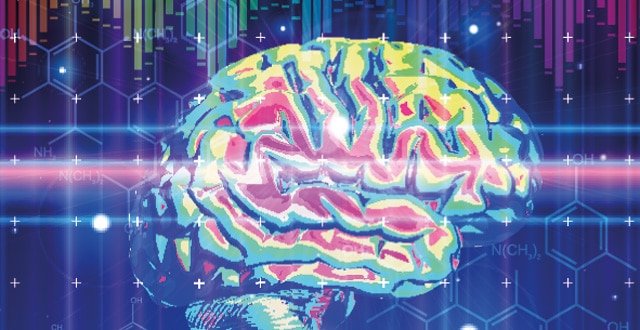 Multiple sclerosis (MS) is a chronic, inflammatory, demyelinating condition affecting the brain and spinal cord. It is the commonest cause of non-traumatic disability in young adults. In untreated patients, the mean time to requiring assistance with walking is about 15 years. However, this range varies widely, and patients with highly-active MS can acquire disability at an early stage. Physical disability associated with MS is well described; subtle cognitive difficulties are frequently present early in the condition, and can become functionally disabling later in the disease course.

MS predominantly affects younger patients, with the highest prevalence between 35 and 64 years. Incidence appears to be increasing. Approximately 2.4 million people have been diagnosed worldwide, with distance from the equator increasing the risk.

Ireland is considered a high-prevalence country and approximately 9,000 people in Ireland are living with MS.  The exact aetiology of the condition remains elusive, with a likely complex interplay between genetic and environmental factors.

Diagnosis is based on typical clinical symptoms and the finding of inflammatory lesions in the brain and/or spinal cord. Lumbar puncture is typically carried out, as the new McDonald criteria allow for earlier diagnosis in patients who have had one clinical event with the finding of positive, unmatched oligoclonal bands.

Patients who have clinical symptoms suggestive of MS, such as optic neuritis or transverse myelitis, but who do not have compatible MRI findings, may be followed in clinic with serial imaging for several years.

The treatment of MS has changed dramatically in recent years, with a rapidly-expanding range of treatment options at our disposal.

These treatments are all licensed for relapsing-remitting MS (RRMS), although ocrelizumab has recently received a license for primary progressive MS (PPMS), but treatment options for the progressive phase of the condition remain limited. With the increase in options and increased efficacy, comes increased complexity in treatment plans for the individual patients. Recent research has supported the view that early treatment will delay the time until secondary progression.

‘Watchful waiting’, which was a common approach previously, is now rarely considered. The current division in treatment strategy is between the maintenance/escalation approach, starting with a lower efficacy drug but with favourable safety profile and switching if evidence of disease breakthrough versus an induction therapy approach, using a highly efficacious drug first- or second-line which has more prolonged immune suppression to prevent breakthrough activity.

In our view, there is a role for both approaches and treatment should be individualised to the patient’s needs, however patients with highly-active MS should be considered for an induction treatment approach.

Alemtuzumab is a monoclonal antibody to CD52 population. It requires two annual infusions, year one and year two — breakthrough activity following year two infusion can be treated with further infusions. Risks include ITP, autoimmune-based renal disease and approximately one-third of patients develop thyroid dysfunction. Monthly bloods and urinary casts are performed, but these are now undertaken by the company, and can be facilitated in the patient’s home or workplace.

Cladribine was licenced for use in Ireland in August 2018. It is a purine analog, which targets circulating T-cells and B-cells implicated in the pathogenesis of MS. The treatment is given as a weight-based treatment in week one/week five in year one, and week one/week five in year two. European licencing for Cladribine for MS was held up due to an apparent increase in malignancies in the treatment group in the pivotal CLARITY trial. However, further analysis showed an unexpectedly low rate of malignancies in the placebo group. In the extension trial, which had four years of follow-up post-treatment, >75 per cent of patients remained relapse-free.

Pregnancy is considered protective in MS — relapses rarely occur during pregnancy or the immediate post-partum period, but are more likely in the months following delivery, with up to 40 per cent of women with MS experiencing a post-partum relapse. Aside from the interferons and glatiramer acetate, a washout period of approximately three months is recommended prior to conception. Glatiramer acetate is now licenced for use in pregnancy if the benefit to the mother outweighs the potential risk, and should be considered in people with ongoing MRI activity or clinical relapses who are trying to conceive.

However, special consideration must be given to people with highly-active disease. In patients with highly-active MS, with ongoing clinical or MRI activity who are considering therapy, we would recommend induction therapy with alemtuzumab or cladribine in order to allow for prolonged disease-free period, without need for further medication. This would, however, result in delaying conception for approximately 16 or 18 months, respectively. Natalizumab, although not licensed during pregnancy, could be considered off-license for women with active disease who do not wish to delay conception plans up to the point of conception or even up to the end of the second trimester. Research is ongoing into maternal and foetal outcomes.

A word on stem cell therapy

Autologous haematopoietic stem cell therapy (AHSCT) is a highly effective treatment, which has been researched for MS for over 20 years. Initial studies, however, showed a high mortality, with a 7 per cent risk of death in the post-treatment period. There has been a resurgence of interest in recent years, as improved treatment protocols have reduced this mortality risk to about 1 per cent. Morbidity is high with infertility, neutropaenia and alopecia likely outcomes. It can, however, be a highly effective therapy for carefully-selected patients who have active MS and have failed other highly efficacious treatment options, including natalizumab or alemtuzumab. AHSCT is not currently available in Ireland for MS but when studies confirm its efficacy and safety, this will be reviewed.

What non-neurologists need to know about MS

A wide range of treatment options are now available for RRMS.

Cardiovascular risks, in particular smoking, should be controlled, as they can play a role in disease progression.

Commencing treatment at diagnosis is recommended.

Highly-active MS should be treated aggressively but can be difficult to define.

Communicating future risk of progression to people with MS who are currently well is challenging.

Long-term progression-free survival is a realistic goal for some, but not all, patients,

Pregnancy planning in consultation with the treating neurologist is recommended, and fertility testing could be considered at an earlier stage than current guidelines for people without MS.