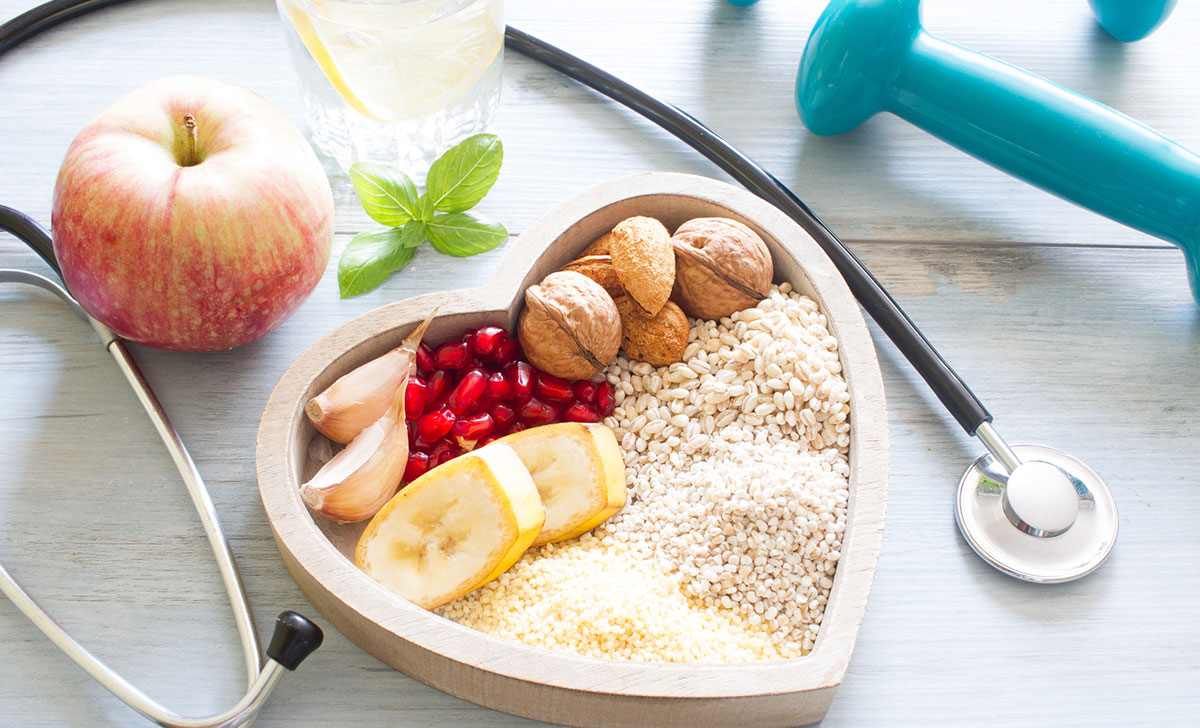 Hypercholesterolaemia is one of the principle modifiable risk factors for the development of coronary artery disease (CAD). Studies have consistently proven that low-density lipoprotein cholesterol (LDL-C), which is the principal lipoprotein transporting cholesterol in the bloodstream, is directly associated with the development of cardiovascular disease. Evidence for the pathogenic importance of serum cholesterol has largely been determined by randomised trials which have proven that reductions in total cholesterol and LDL-C levels reduce coronary events and mortality when used in the setting of both a primary and secondary preventative strategy.

The mainstay of treatment in the reduction of LDL-C over the last number of decades has been statin therapy. The most frequently used currently-available statins include atorvastatin, rosuvastatin, simvastatin and pravastatin. These agents vary in their dosing and potency, but share the mechanism of action as competitive inhibitors of hydroxymethylglutaryl (HMG) CoA reductase, which is the rate-limiting step in cholesterol biosynthesis. They occupy a portion of the binding site of HMG CoA, which blocks access of the substrate to the active site on the enzyme. Although statins are the mainstay of treatment, this article will also outline lifestyle measures and other therapeutic options to reduce LDL-C.

Evidence from randomised trials that evaluated the impact of lowering LDL-C has demonstrated a reduction in subsequent cardiovascular events in the short- and long-term, irrespective of the pre-therapy LDL-C level. Multiple meta-analyses have been performed to assess the effects of lipid-lowering therapy as a form of primary prevention. For example, a recent meta-analysis published in JAMA found that statin therapy was associated with decreased risk of all-cause mortality, cardiovascular mortality, stroke, and myocardial infarction (MI). Relative benefits appeared consistent in demographic and clinical subgroups, including populations without marked hyperlipidaemia. It was also concluded that greater absolute benefits occurred in patients who had a greater baseline risk. Therefore, recent meta-analyses have demonstrated that lowering LDL-C with statin therapy for primary prevention is effective at reducing cardiovascular disease (CVD) events such as MI and stroke (over a wide range of baseline LDL-C levels and lipid profiles).

However, despite the fact that there is a benefit from LDL-C lowering with statins at virtually all levels of cardiovascular risk, it is worthwhile to remember that medications come with side-effect burdens and cost, and these need to be reasonably balanced with the potential benefits. Our approach to decide when statin therapy should be recommended is often guided by the assessment of CVD risk. Patients with documented atherosclerotic CVD, familial hypercholesterolaemia (FH), type 1 or type 2 diabetes mellitus, or chronic kidney disease are generally considered to be at higher risk for the development of CVD.

Risk assessment systems have been developed to assist in quantifying an individual risk of developing CVD typically over the course of the next 10 years. The European Society of Cardiology (ESC) recently published an updated SCORE (Systematic Coronary Risk Estimation) system, which estimates the 10-year cumulative risk of a first fatal atherosclerotic event occurring, based on large European cohort data sets. Risk assessments have been produced for high- and low-risk regions in Europe. Although these scores can provide a helpful guide, they should be used simply as one part of the overall decision making process.

Current ESC recommendations for treatment goals for LDL-C are as follows:

In primary prevention when the decision is made to treat, treatment is usually commenced with a moderate dose of a statin such as atorvastatin 20mg or rosuvastatin 5-10mg.

Patients who have known CVD are at high-risk for future cardiovascular events. Therapy to reduce the risk of subsequent events is known as secondary prevention. LDL-C plays a key role in the pathogenesis and perpetuation of atherosclerotic CVD. For patients with known CVD (independent of the baseline LDL-C level), a meta-analysis of >40,000 patients concluded that treatment with a high-intensity statin is recommended (such as atorvastatin 40-80mg or rosuvastatin 20-40mg). High-intensity statin therapy reduces the risk of non-fatal events, and likely also has a role in reducing mortality.

After the initiation of a high-intensity statin, LDL-C should be rechecked after six-to-eight weeks. For patients who have not achieved the expected 50 per cent reduction in LDL-C or if LDL-C remains >1.8mmol/L, possible non-adherence should be considered (given that non-adherence with statin therapy is quite frequent). If non-adherence is not an issue, at this point we consider the addition of a second medication to further lower the LDL-C. In most cases, when a second agent is required the most commonly used additional agent is ezetimibe.

Current ESC recommendations for treatment goals for LDL-C as secondary prevention are as follows:

These are obviously aggressive targets and in reality can be difficult to achieve in the majority of patients without pushing to maximal statin dosing with additional agents. As we are aware, the likelihood of adverse effects grows substantially at these levels.

Patients who present with an acute coronary syndrome (ACS) are at an increased risk of experiencing recurrent cardiovascular events. LDL-C levels tend to decrease during the first days of ACS and therefore a lipid profile should be obtained as soon as possible after a patient is admitted with ACS. Initiation of a high-intensity statin is recommended (in patients previously taking a low- or moderate-intensity statin, dose should be optimised). Lipid profile should be rechecked in four-to-six weeks and if treatment goals (LDL-C reduction of >50 per cent from baseline and LDL-C goal of <1.4mmol/L) are not achieved, then combination with ezetimibe is recommended. If the LDL-C goal is not achieved after another four-to-six weeks despite maximal tolerated statin therapy and ezetimibe, the addition of a PCSK9 inhibitor should be considered.

The mechanism by which lipid-lowering therapy is beneficial is incompletely understood. Mechanisms thought to be involved include the stabilisation of coronary plaques, reduction of inflammation, reversal of endothelial dysfunction and decreased thrombogenicity. Coronary artery plaque rupture is a central component in most patients who present with ACS. Patients may have plaque build-up in multiple coronary arteries. Therefore, intervention aimed only at the culprit lesion is not likely to be optimal and plaque stabilisation with statins has the potential to play a key role. Statin therapy is thought to maintain the integrity of the fibrous cap of plaque, thereby protecting against plaque rupture. This effect appears to be mediated by inhibition of macrophage proliferation, reduced expression of matrix metalloproteinases and tissue factor by macrophages (which promotes thrombus formation).

FH is a genetic condition caused by a mutation of one or more genes critical for LDL-C catabolism. It is the most common autosomal dominant genetic disorder. The syndrome is characterised by extremely elevated levels of LDL-C and a propensity to early-onset CVD. FH may be diagnosed if there is evidence of mutation in either the LDLR, PCSK9 or APOB genes (each of these genes influence LDL-C levels). In terms of presentation, previously undiagnosed heterozygous FH patients tend to present with symptoms or signs of CVD in early middle age. Many patients are identified by the detection of an LDL-C >90th percentile for their age and sex. When a patient is diagnosed with FH, all first-degree relatives should be advised to get routine bloods done to assess their lipid profiles. In terms of prevalence, homozygous patients are rare and have an estimated prevalence of 1:300,000 to 1:400:000 in the general population. A recent meta-analysis in 2020 involving more than seven million people found that the prevalence of heterozygous FH was 1:311 in the general population. This study also found that the prevalence of atherosclerotic CVD was 18- fold higher in these patients, driven mainly by CAD.

Although statins are the first-line treatment for patients with hypercholesterolaemia, other agents are available (with varying levels of evidence for clinical benefits). In patients who do not achieve the targeted LDL-C reduction with statin monotherapy, or certainly in patients who are deemed statin intolerant, ezetimibe is the most common additional agent.

Ezetimibe inhibits intestinal uptake of dietary and biliary cholesterol at the level of the brush border of the intestine. Ezetimibe therefore reduces the amount of cholesterol, which is delivered to the liver via the bloodstream, by inhibiting cholesterol absorption. In response to reduced cholesterol delivery, the liver reacts by upregulating LDLR expression, which subsequently increases the clearance of LDL from the blood. A meta-analysis by Pandor et al including 2,722 cases showed an 18.58 per cent reduction in LDL-C in the ezetimibe monotherapy group verses placebo. The recommended dose of ezetimibe is 10mg/day.

Within the last decade, a new class of drugs called PCSK9 inhibitors have become available, which target a protein (PCSK9) involved in the control of the LDL receptor. Proprotein convertase subtilisin/kexin type 9 is an enzyme, which is produced in the liver. PCSK9 binds to the LDL receptor on the surface of hepatocytes, which leads to its degradation and increased LDL-C levels. Alirocumab and evolocumab are monoclonal antibodies that bind free plasma PCSK9, and hence act as

PCSK9 inhibitors. The mechanism of action relates to the reduction of the plasma level of PCSK9, which in turn is not available to bind to the LDL receptor. Their use is associated with lower rates of MI and stroke. Alirocumab in addition to intensive statin therapy has the potential to reduce death after acute coronary syndrome, particularly if treatment if maintained for >three years.

PCSK9 monoclonal antibodies are approved for use in many parts of the world. They are highly effective at lowering LDL-C and are administered via a once-or-twice-monthly subcutaneous injection. The barrier to widespread use of these medications at this stage remains their high cost. Evolocumab was made available under the HSE High Tech Arrangement from July 1 2019. For a patient to qualify for reimbursement of evolocumab, their LDL-C must be persistently ≥4mmol/L. If the patient has a history of FH, they qualify for reimbursement if LDL-C is persistently elevated with or without known atherosclerotic cardiovascular disease. However, patients must have confirmed atherosclerotic CVD to qualify for reimbursement if they do not have a history of FH. Atherosclerotic CVD in this context is defined as a prior diagnosis of MI (with or without revascularisation procedures) or having undergone coronary artery bypass grafting.

For patients to meet the criteria for PCSK9 reimbursement, elevated LDL-C level must be reflective of:

Optimised lipid-lowering therapy is defined as confirmed adherence for a minimum of three months to treatment with ezetimibe 10mg daily, and atorvastatin ≥ 40mg daily or rosuvastatin ≥ 20mg daily.

If the patient qualifies for reimbursement, the dose of evolocumab is 140mg every two weeks. Reimbursement is supported for a maximum of 26 evolocumab 140mg pre-filled pens per year.

Reimbursement for evolocumab is not considered in certain patients who meet exclusion criteria. The following listing gives some examples, but is not exhaustive: