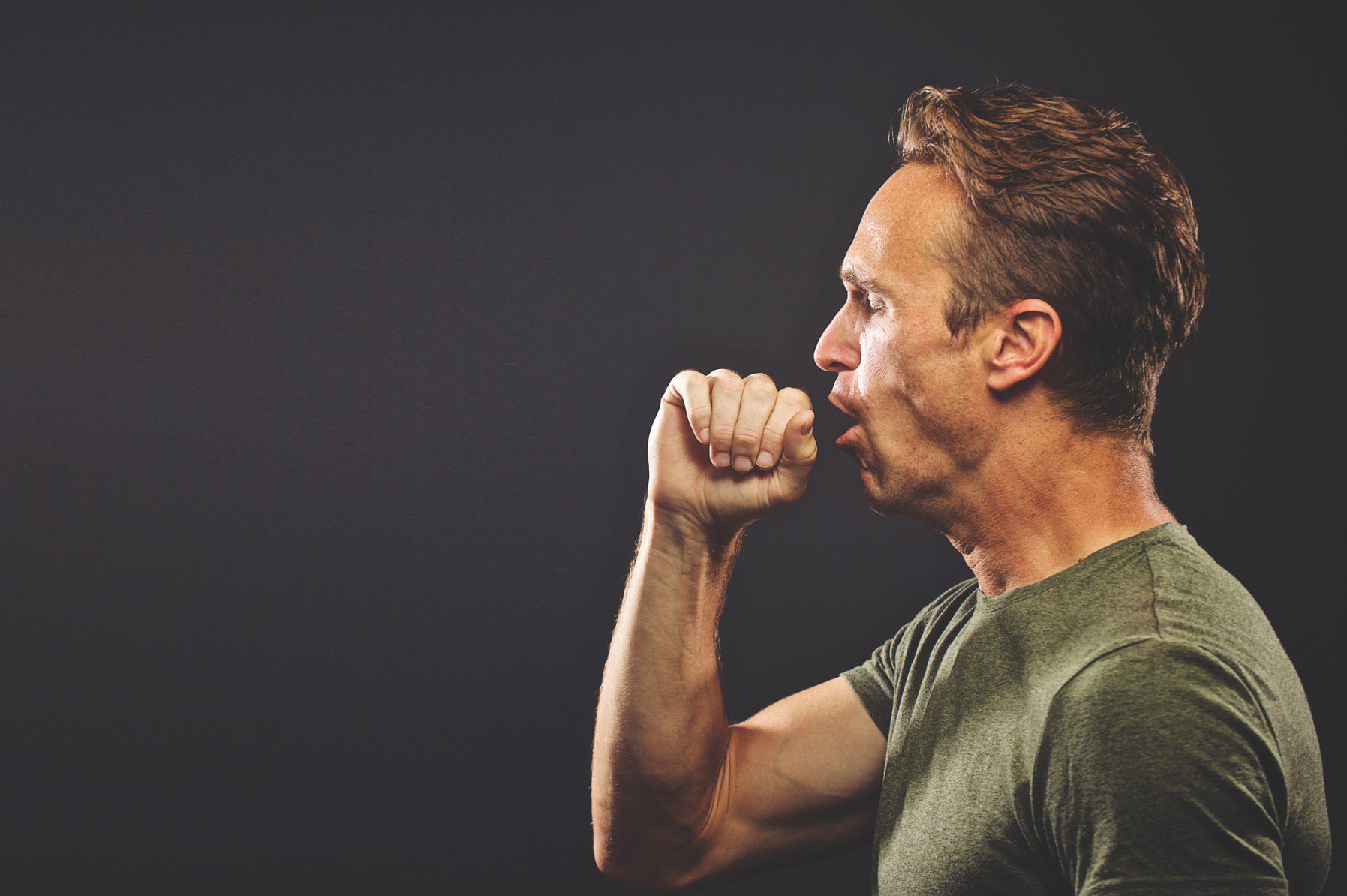 The European Respiratory Society (ERS) has published new guidelines on the assessment of chronic cough. The purpose of the guidelines is to improve diagnostic accuracy and promote evidence-based therapy for both adult and paediatric populations

Most recent guidelines define the duration of chronic cough to be eight weeks in adults and four in children, however, this is relatively arbitrary. Some patients may cough on a daily basis over many years, others may have symptoms that relapse and remit making a definition, based purely on a period of time, difficult.

Cough is a common medical problem and a mainstay of the GP surgery. Meta-analysis suggests a global prevalence of about 10 per cent, with a higher prevalence in Europe, America and Oceania than in Africa or Asia. Its socioeconomic burden is high, however, there is no precise data on its burden due to the fact that cough has usually been perceived to be a consequence of another respiratory condition.

It appears to predominantly affect women with the most common age of presentation being in the 50s and 60s. A recent study of 10,032 patients attending specialist cough clinics showed two-thirds of patients being female.

Approximately 35 per cent of preschool children will report a cough at any given time in a month.

Cough is a vital reflex preventing aspiration into the lung. Poor cough reflex can result in recurrent aspirations frequently misdiagnosed as chest infections.

It is evoked by stimulation of afferents carried by the 10th cranial nerve – important due to receptive fields not only in the larynx and conducting airways, but also in the alveolar septa and lung parenchyma, pharynx, oesophagus, and even the ear. This may result in stimulation due to multiple different conditions such as pulmonary embolism, heart failure or altitude sickness.

Asthma is a clinical diagnosis, with no singular agreed diagnostic test.

Cough variant asthma – Patients with asthma and cough as their sole symptom, where  bronchodilators improve coughing.

Eosinophilic bronchitis, without bronchoconstriction or hyperresponsiveness.

The role of reflux is controversial, as is oesophageal dysmotility in chronic cough. A systemic review showed no significant benefit over proton-pump inhibitors (PPI) vs placebo in patients without acid reflux and only modest benefits in patients with acid reflux. It has been suggested that non-acid reflux – liquid or gaseous may be a factor. However, as no reliable technology exists, validated questionnaires such as the Hull Airway Reflux Questionnaire or Reflux Symptom Index together with clinical history are required. Patients with chronic cough have a high prevalence of oesophageal dysmotility and as a result oesophageal-pharyngeal reflux may be the issue rather than GORD.

The 2006 American College of Chest Physicians cough management guidelines used the umbrella term ‘upper airways cough syndrome (UACS)’ to cover the range of symptoms more commonly referred to as post-nasal drip syndrome, rhinitis, and rhinosinusitis. Meanwhile, there continues to be controversy as to the existence of this condition and its specific mechanism. However, the ERS suggests that UACS could be accepted as a cause of chronic cough, triggering cough hypersensitivity despite its mechanism remaining unclear.

The lack of evidence for treatment may suggest that UACS may simply be the result of generalised airway inflammation as a result of asthma or airway reflux.

Chronic cough has a prevalence of approximately 15 per cent of all patients taking angiotensin converting enzyme inhibitors (ACEI). ACEI increases the cough reflex sensitivity in most subjects, as a result it is likely that other factors are required to have a clinical impact.

The ERS recommends that no patient with a cough or who subsequently develops one should be given an ACEI. Angiotensin II antagonists do not affect the cough reflex.

Prostanoid eyedrops (latanoprost) once applied may irritate the pharynx when they descend the lacrimal duct.

There are several differences in chronic cough presentations between children and adults. Chronic cough in a paediatric populations is defined as a cough which lasts more than four weeks as opposed to eight weeks traditionally with adults. As a result, child-specific protocols should be considered.

During childhood, as several anatomical structures and physiological processes related to the nervous and respiratory systems mature, the cough reflex can be affected. Infection and congenital abnormalities remain the main causes of cough in children.

Absence of any other causes of cough.

Initial assessment of children with chronic cough should include a detailed history and physical exam. Sudden onset of symptoms in an otherwise well preschool child may suggest foreign body aspiration and requires bronchoscopy. Chest x-ray and spirometry are recommended for assessment. Where chest x-ray and spirometry are normal and no specific cause identified another period of observation up to four weeks is recommended. Airborne irritants, allergen exposure, post-infectious cough may all be reasons for dry chronic cough. Where wet cough is present sputum cultures should be taken if possible. Habit cough is found particularly in children. Core clinical features include suppressibility, distractibility, suggestibility, variability.

This is cough that is refractory to conventional treatments. Trials of neuromodulatory drugs which have been successful, such as opioids, gabapentin, and P2X3 antagonists, suggest aberrant physiology is likely to underlie this condition.

Chronic cough in other diseases

Cough is associated with most chronic respiratory disease. This can be due to physical distortion like in lung cancer, cystic fibrosis or chronic bronchitis producing cough by mechanical effect. Cough hypersensitivity due to cell damage or inflammation is another cause in other conditions.

Smoking is the major remedial cause of chronic cough and is linked to COPD. Multiple studies show a suppressed cough reflex sensitivity in smokers to inhaled capsaicin. All patients should be encouraged to quit smoking and be counselled that there may be a transient increase in coughing.

History, examination and investigations are vital to exclude treatable conditions.

The ERS guideline places a higher priority on managing ongoing pathology, such as reflux or airway eosinophilia before considering neuro-modulatory therapies.

History should be constructed to outrule malignancy, infection, foreign body inhalation or ACE use.

Impact may be assessed using a simple out of 10 score or a more detailed cough quality-of-life score or validated questionnaire such as HARQ.

Abnormal oesophageal physiology is common in chronic cough, and may be detected by barium swallow, albeit with poor sensitivity. High resolution oesophageal manometry provides diagnostic and mechanism information in the majority of patients.

Routine laryngoscopy, rhinoscopy, or CT sinus are not routinely advised as nasal findings are not directly associated with cough.

Laryngoscopy may be of benefit to patients with upper airway symptoms, however it has shown poor sensitivity and specificity. It may, however, identify inducible laryngeal obstruction. Rhinoscopy may identify polyps.

The ERS suggests trials of medications in turn and if no response is identified, that they be stopped. Length of trial is dependent of pharmacology. Treatment for several months may be required and subsequently withdrawn to assess remission.

PPIs and H2 antagonists should not be routinely prescribed in adult patients with chronic cough (conditional recommendation – low-quality evidence). They are unlikely to improve cough outcomes unless there is evidence of peptic symptoms or acid reflux. While PPIs are considered safe, studies report potential risks of iron and vitamin B12 deficiency, and osteoporosis-related bone fracture, among other issues.

The ERS suggests that there is insufficient evidence to recommend macrolide therapy in the management of chronic cough. A one-month trial of a macrolide may be considered in chronic bronchitis refractory to other therapy, dependent on local antibiotic guidelines.

Trials of gabapentin or pregabalin may also be considered in adults with refractory chronic cough – although there is lower-quality evidence to support this.

Moderate support base to support physiotherapy/speech and language therapy.

Not mentioned in these current ERS guidelines, pertussis (whooping cough) can also cause chronic cough. Symptoms can appear seven-to-10 days post infection and often resemble a common cold with coryza symptoms. Within two weeks, cough may become more severe and may or may not present with the traditional whoop. Cough may initially occur at night increasing then with frequency during the day, and may persist for up to two months.

Antibiotic therapy is the treatment of choice, however, it should be commenced within two weeks of onset of symptoms.