Pregnancy outcomes are affected by both maternal and paternal inflammatory disease 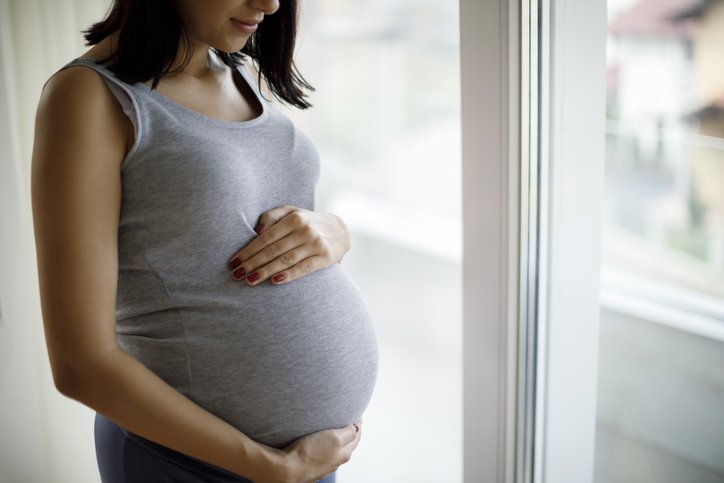 Portrait of young pregnant woman standing by the window

Data presented at the 2021 EULAR Congress show women with rheumatoid arthritis (RA) are at increased risks of adverse pregnancy outcomes, especially pre-term birth (PTB) and babies small for gestational age (SGA). For the first time, it has also been shown that the partners of men with inflammatory arthritis have a lower rate of live births, and are more likely to suffer a miscarriage. However, the link between disease activity, type and timing of antirheumatic treatment, and the risk of these outcomes remains unclear.

Karin Hellgren and colleagues examined pregnancy outcomes in relation to disease activity and antirheumatic treatment strategies in women with RA. This matched cohort study from Sweden and Denmark explored the associations between maternal RA and PTB, or delivering babies SGA in relation to the mother’s disease activity and use of antirheumatic treatment before and during pregnancy. Using national medical birth registers and rheumatology registers, the authors looked at 1,739 pregnancies in women with RA, and 17,390 control pregnancies in the general population.

Overall, women with RA had an increased likelihood of having pre-term and small babies. High maternal disease activity during pregnancy strengthened the associations with both PTB and SGA. Stratifying the results by the type of antirheumatic treatment did not substantially change the outcomes; however, combination therapy with
biologics together with oral steroids and/or csDMARDs in the nine months before pregnancy was associated with an increased risk of PTB and SGA.

During pregnancy, disease activity appears to be the most important risk factor for PTB and SGA in women with RA. The findings highlight the importance of monitoring RA during pregnancy, especially in women receiving extensive treatment, or those with residual disease activity. But it is not only maternal underlying disease that can have an impact on pregnancy outcomes. Paternal older age, sperm DNA integrity and certain genetic defects have been associated with worse pregnancy outcomes, yet data on the pregnant partners of men with inflammatory arthritis are very scarce.
In another abstract presented at EULAR 2021, Luis Fernando Perez-Garcia and colleagues performed a multi-centre cross-sectional retrospective study in eight Dutch hospitals to look at this question.

In total, 628 men with RA, juvenile idiopathic arthritis and spondyloarthritis over the age of 40 years and who had completed their family were invited to take part in a digital questionnaire that included pregnancy-related, demographic and clinical questions. Pregnancies were classified into two groups: Occurring either before or after the diagnosis of the father’s inflammatory arthritis. A total 408 men reported 897 singleton pregnancies that resulted in 794 live births.

Pregnancies conceived after diagnosis of the father’s inflammatory arthritis had a higher mean paternal and maternal age at conception, and lower rate of spontaneous pregnancies. Pregnancies conceived after receiving the inflammatory arthritis diagnosis had a lower rate of live births (86.36 per cent and 89.22 per cent), and a significant higher rate of miscarriages (12.27 per cent versus 7.53 per cent).

There were no statistically significant differences between the two groups for the rates of abortions, pre-term births, and pregnancy complications. This is the largest study to describe the pregnancy characteristics and outcomes of partners of men diagnosed with inflammatory arthritis, and the first to demonstrate that paternal disease is associated with a higher risk of miscarriage. Prospective studies are needed to corroborate these findings, the study authors acknowledged.