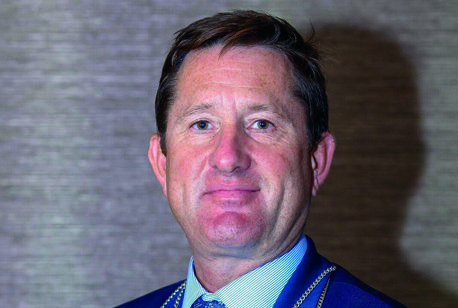 Delegates will gather in Galway later this month for the Irish Society for Rheumatology (ISR) Autumn Meeting, with rapid drug developments and continuing resource shortfalls occupying the minds of many working in the specialty.

It will be the last ISR educational meeting as President for Dr Sandy Fraser, Consultant Rheumatologist at University Hospital Limerick. His time in the position comes to a close at the end of the year.

But his final meeting as President, which will be held from 20-22 September at the Radisson Blu Hotel, Galway, “couldn’t be any more wide-reaching”, he promised.

“It is a very international-type meeting,” Dr Fraser told the Medical Independent (MI).

“It is important that we don’t just talk to ourselves all the time, so we bring in the experts from around the world to update us and make sure that we hear from the best people. So for instance, we have got Prof Kenneth Saag from the University of Alabama, who has an international reputation.”

Prof Saag will speak on the Thursday of the conference on the topic of ‘Medical Management of Skeletal Complications of Rheumatic Disease’.

“But we have also got experts from within the country as well, like Prof Laoise McNamara, Professor of Biomedical Engineering, College of Engineering and Informatics, NUI Galway [who will speak on ‘Mechanobiology of Bone Disease’]. I suppose looking at our programme, you could say it is a broad agenda.”

One of the reasons the agenda is so expansive and packed full of prospective discussions about new developments is because rheumatology has seen rapid changes in recent times.

“I mean, rheumatology, possibly almost more than any other specialty, has totally metamorphosed in the last 15-to-20 years,” Dr Fraser told MI.

“Those of us old enough — like myself, sadly — remember prior to the advent of many of the treatments we have today, that we had wards full of people with severe rheumatoid and other diseases that were killing them. They [patients] were immobile, they were in bed having joint replacements and they were dying young.”

Dr Fraser graduated in medicine from Trinity College Dublin in 1991 and began practising rheumatology in 1996, thus witnessing the revolution of rheumatic treatment.

“These days we don’t have any wards. We barely have any inpatients because the medications have totally changed the face of these autoimmune diseases now. These are diseases people die with, rather than of. The drug treatments that came in were mainly the biologic drugs and I think people outside of rheumatology are beginning to understand more about the biologic drugs.”

However, the rate of change brought on by this treatment revolution has made events such as this month’s Autumn Meeting all the more important.

“They [biologic drugs] have revolutionised treatment, but the other thing regarding them, they are very complex, very expensive to produce. So other issues pertaining to their use as well as the great benefit is the huge costs to the Government.

“The rate of production of the new biologics is getting quicker all the time… It is getting increasingly difficult to remain on top of all the new advances that occur. So that is certainly a very important part of meetings like this that we have twice a year. It is to keep people up-to-date and informed of new advances.”

Dr Fraser noted that the “really hot topic nationally” is the advent of biosimilar medications.

“There is a great debate about what place these have in the market because it is not as simple as generics, where they may be switched with exactly the same effect. The patients whom these medications are for are often very sick. So any chance of losing the effect or maybe increasing the side-effects means we have to be very careful how we apply them.”

The future of biosimilars and the role they may play is something that the ISR will be having direct input on.

“The HSE and the Department of Health recently launched a biosimilars medicine consultation process. So we are in the consultation process with the Department of Health regarding how we can safely and effectively introduce the biosimilar medications into the market, which would allow us make great savings by also improving and widening the availability for patients,” said Dr Fraser.

If the area of drug development is moving quickly, recruitment of rheumatologists in the Republic of Ireland is not.

The current numbers of rheumatologists in Ireland is “miles out from what it should be in terms of international standards”, Dr Fraser told MI.

It is something that concerns him and has been raised by the ISR during his presidency over the last two years.

“In Limerick, we have no physio, we have no OT, no pain management, no psychology. That is just the example of Limerick but I am sure that is reflected in every department across the country to a greater or lesser degree.”

Dr Fraser added that in Ireland, the “resources required to provide an international-standard service are just simply not there”.

This is an issue that particularly impacts paediatric rheumatology, he noted.

“It [paediatric rheumatology] certainly is the area where resources are very poor and need to be provided. There is a lot of pressure to get that done. I’m not sure if there are posts in the pipeline, but it is certainly something that we have been pushing very hard for.”

On the Friday of the ISR meeting, paediatric rheumatology will take centre stage during the session on ‘Transition from Paediatric to Adult Rheumatology’ when Dr Kate Armon, Consultant Paediatric Rheumatologist from Birmingham Children’s Hospital, UK, will speak.

“That transition can be a tricky time,” noted Dr Fraser. “When you have kids that have been in a paediatric set-up for years, and then they turn 16 they are entering the adult system. The patients then have more personal responsibility to look after themselves.”

Also, on the Saturday of the meeting there will be a session titled ‘Fitness Matters for Your Patients’ with Dr Lora Giangregorio, Associate Professor from the Department of Kinesiology, University of Waterloo, Ontario, Canada.

“The area of fitness in rheumatology is becoming a very important research area,” Dr Fraser commented.

“With our patients, we are increasingly aware that their big risk is with cardiovascular disease. We are looking at reducing cardiovascular risk and part of that is a big emphasis on exercise and fitness.”

The ISR has about 150 members with specialist training in rheumatology. Some members are consultants and others are trainees. There are also members from science and research spheres. The Society includes those who are based in the Republic of Ireland, Northern Ireland, the rest of the UK and some from further afield. See www.isr.ie for more information.