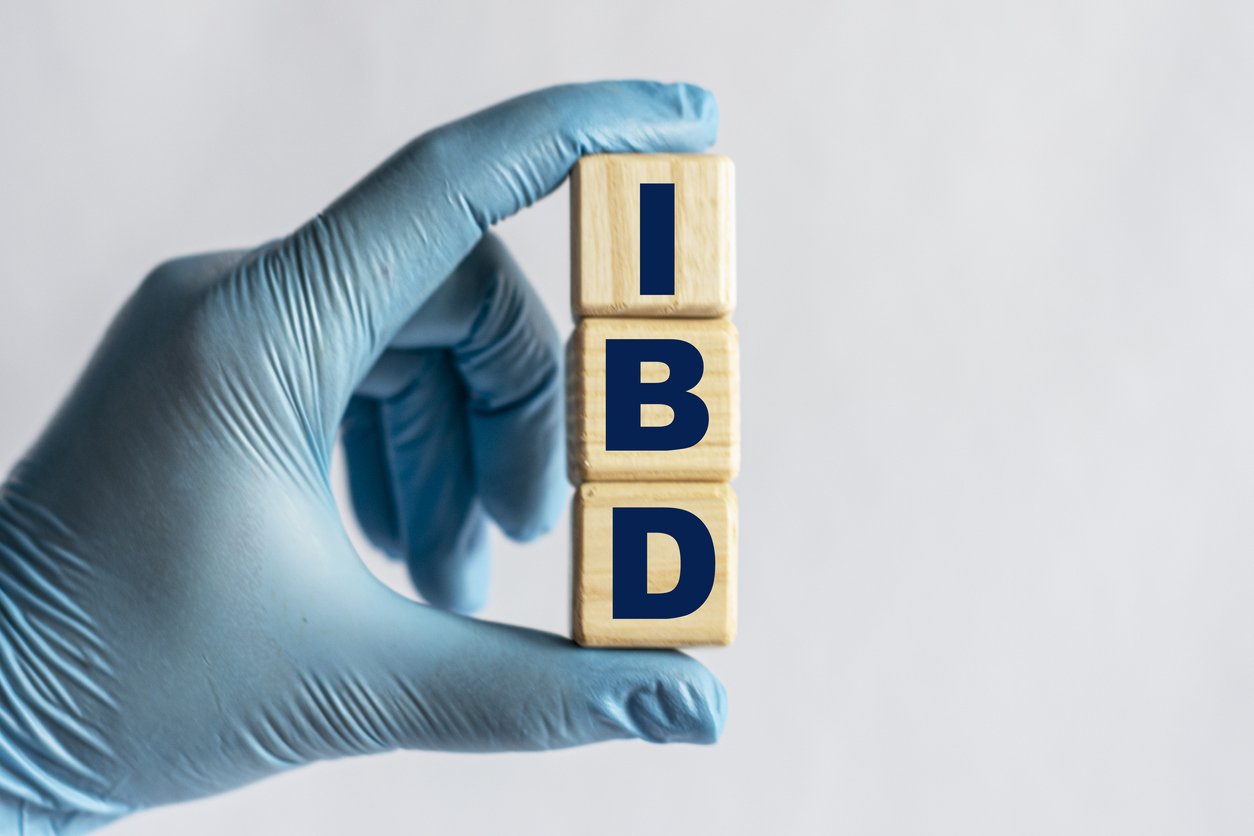 IBD (Inflammatory Bowel Disease) is an acronym on cubes held by a hand in a blue glove. Medical concept.

Patients with inflammatory bowel disease (IBD) are at increased risk of cancer, and the use of immunosuppressive therapies thus needs to be carefully and individually assessed in light of their risk profile, the Irish Society of Gastroenterology (ISG) 2021 Winter Meeting heard.

The meeting took place on 2 and 3 December on a virtual basis. Local speakers broadcast their presentations from the Grand Hotel, Malahide, where it had originally been planned to host the meeting, but which switched online
due to the pandemic.

Noted expert in IBD and cancer, Prof Sebastian Shaji, Consultant Gastroenterologist, Hull University Teaching
Hospital, UK, discussed what is currently known about IBD and cancer risk from commonly used medications, the impact of cancer treatment on IBD patients, and the treatment of IBD in patients who have previously had cancer.

He noted that as IBD is a chronic disease and cancer is more common in older age groups, more IBD patients are being diagnosed with cancer, thus it is an issue that gastroenterologists are more commonly coming across. “We know our IBD patients are at a small, but definitely increased risk of cancer, either to do with inflammation or as the result of therapies that we use and some of these risks may be amenable to risk reduction strategies and in some cases prevention.”

It is now known that chronic inflammation in IBD patients is a risk factor for the development of gastrointestinal and extraintestinal malignancies, Prof Shaji said citing supporting research.

“Here the focus in prevention should be on achieving mucosal healing and emphasising the need to have tight control of disease…. As per the latest recommendations.” With regards to medication-related cancer risk, he said the immunosuppressive agents carry the most notable risk. “Simply put, the evidence so far indicates that there are indeed different cancer risks with the different agents which we use. In relation to thiopurines, for example, the main risks are associated with haematological malignancies and non-melanoma skin cancers, with increasing data showing a risk of urinary tract cancers, particularly in older men.”

In men over the age of 65 years, Prof Shaji advised extreme caution in the use of thiopurines, while in younger patients (<30 years), he quoted the European Crohn’s and Colitis Organisation (ECCO) malignancy consensus that given the risk of post-mononucleosis lymphoma, alternatives to thiopurine therapy should be considered in young male IBD patients who are EBV-seronegative.

As regards anti-tumour necrosis factor drugs (anti-TNFs), he said the single biggest risk is in relation to melanoma, with conflicting evidence on lymphoma and anti-TNF use, while there has been no alarming signals to date in ustekinumab. In summary, Prof Shaji advised carefully reviewing and justifying the need for long-term combination therapy in IBD patients, and individualising their cancer risk (ie, taking into account EBV status, age, and HPV vaccination status).

Discussing cancer treatment in patients with pre-existing IBD, he said they are at increased risk of severe GI adverse events when treated with checkpoint inhibitors, but that the most recent data shows that there is only minimal if any risk of serious toxicities following radiotherapy.

Looking at therapy for IBD in patients with previous cancer, he said the initial “go to” choices are mesalazine and steroids, but for non-responders/more serious disease not suitable for surgery, the use of immunosuppressive therapy and biologics can be considered on an individualised basis, in a multidisciplinary fashion, considering the risk of cancer recurrence.

Addressing the question of drug holidays from immunosuppressive therapy in IBD patients with previous cancer, he said the decision to resume therapy should be carefully evaluated, again on an individualised basis, in a multidisciplinary fashion. Prof Shaji quoted the ECCO malignancy consensus (which he was involved in drafting), which says that based on data in transplant recipients, physicians should consider delaying the resumption of immunosuppressant therapy for IBD in patients being treated for cancer, because of the risk of recurrent neoplastic disease, for two years following the completion of cancer treatment.

The delay can be extended to five years if the cancer is associated with an intermediate or high risk of recurrence.
However Prof Shaji stressed that the two- and five-year rule does not apply to patients with severe, uncontrolled
IBD, adding that some of the newer agents also have less risk than the agents available when the consensus was
drafted, with similar flexibility required in metastatic uncontrolled cancer and active IBD with disabling symptoms.
“Quality-of-life is the priority,” he said.

The risks of the treatment should be considered alongside the risks associated with withholding these effective treatments in patients with active IBD, Prof Shaji concluded.