The Japanese art of ‘less-is-more’ 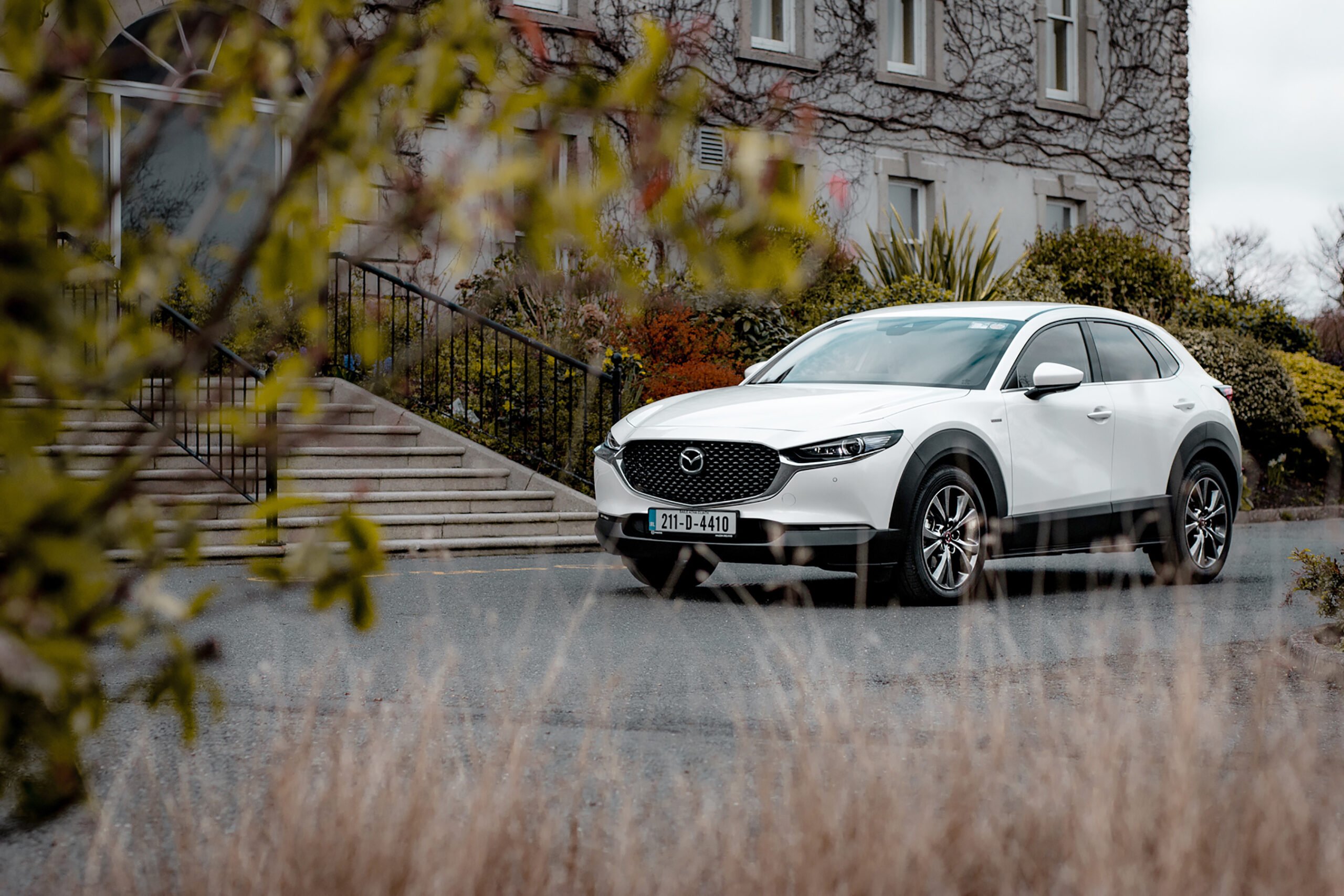 Mazda’s 100th anniversary edition CX-30 crossover was festooned with commemorative markings to celebrate the marque’s century in the business. My test car had a lovelyburgundy interior with the aforementioned ‘1920-2020’ markings in the headrests. There were also ‘100 years’ logos on the 18” bright silver alloy wheels and the f loor mats. As it’s a special edition, Mazda threw the kitchen sink at the car’s spec list, with the Bose sound system, 360 view cameras, and driver monitoring system, to name just a few. Mazda are keen to shine a light on more than just
the limited-edition specs on this car, as the CX-30’s e-Skyactiv-X engine has received some updates in both
power and efficiency.

The motor is now producing 186 metric horsepower, which is an increase of 6hp, as well as 240nm of torque at 4,000rpm, which is another increase of 16nm. Those torque levels are in the range you would expect from a diesel engine, which is quite a feat from this impressive motor. The e-Skyactiv-X motor’s fuel economy has improved by 0.2l/km while it produces -5g less CO2. So, all in all, it’s faster, leaner and greener. I enjoy the feeling of that surge of torque you get from most turbos, so it takes a little getting used to the feeling of the normally aspirated e-Skyactiv X-engine. The CX30 has a surprisingly wide power band and the snappy gearbox means it’s enjoyable to drive throughout the rev band. I normally prefer an automatic gearbox in crossover SUVs, but in this instance I’d make an exception. As the car shares its chassis with the Mazda-3 hatchback it also handles rather nicely, for a crossover, which adds to the fun of driving it.

The CX-30 is very sleek, inside and out. In my opinion, it is one of the best-looking crossovers on the market. Its design prowess, according to Mazda, showcases the latest developments in the company’s Kodo, ‘Soul of Motion’ design language. According to the Japanese marque, Kodo now targets greater styling prestige through the elegance and rigor of a minimalist, ‘less-ismore’, aesthetic inspired by the purest traditions of Japanese art and the beauty of space between objects. The only drawback is the infotainment system, which I’m afraid I just don’t get. It was fine in the MX-5, where you have too much driving to be doing to be worrying about it. But in a family-focused crossover, when some of the competition can play Disney videos and Angry Birds games on the touchscreen infotainment system, I think Mazda is falling behind a little.However, this infotainment system is attached to, dare I say, one of the best sound systems I’ve come across in a while.

The system in my test car was so good I featured it in a collection of Instagram stories on my 928dublin page. My test car had the 12-speaker Bose system custom-tuned set up. It uses a newly devised BassMatch system, which combines two 115mm high-excursion woofers, each housed in a 3-litre low-frequency enclosure placed in the front cowl-sides near the kick panels

in the driver and passenger footwells, with a third bass source, a 130mm Richbass woofer in an 8-litre custom-engineered enclosure in the spare-tyre well at the rear of the car. According to the experts at Mazda: “Placing the front enclosures near the kick panels instead of typical integration into the doors minimises speaker buzz and vibration – even when playing music at high volume. In addition, this configuration generates more acoustic energy because the BassMatch enclosures are positioned near the forward cabin corners, producing a similar effect to placing home speakers in the corners of a room to create more powerful bass response through sound ref lection off the walls and back toward the listener.”The CX-30 will be offered with three engine options,the first two option are part of the e-Skyactiv-G engine series.