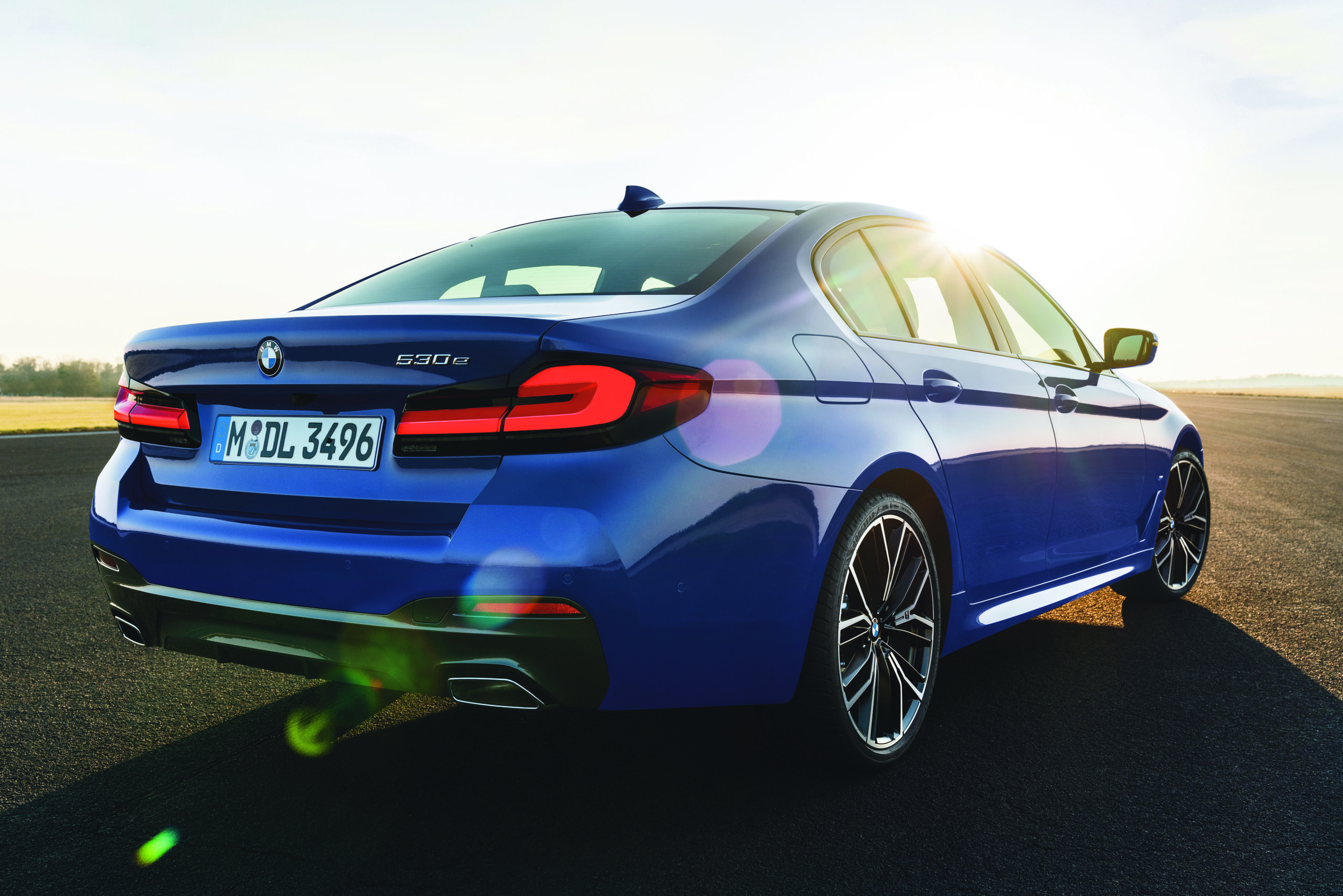 I fell in love with BMW’s 330e last year after my road test for the Medical Independent. So you will understand my excitement when I found out that I was to be given the keys to the new 530e. BMW’s flagship executive saloon, the 5-Series, is considered the cream of the crop by many, while its understudy, the 3-Series, is deemed to be less refined and exclusive than the lager sibling. The 5-Series has also been in production since 1972, so keep your eyes peeled for some manner of celebratory 40-year celebratory model in 2022.

Where I live in Dublin, there are lots of high kerbs and tight parking spots. These are the natural enemy of any car with large, ‘blingy’ alloy wheels and meant that I had to be monumentally cautious while testing the new 530e with its 20-inch alloy wheels. Luckily for me, the last bastion of pleasurable, coastal, suburban driving in South Dublin is on my doorstep, so I could cruise up and down, within my 5k, pondering the benefits of 330e vs 530e ownership. I’m making the most of this particular road for now, as bicyclists have their sights firmly set on its annexation in the name of the Dublin Bay cycle route.

Historically, Rolls Royce prided itself on refined luxury, which meant silent, comfortable driving. Its cars were given names like Phantom, Ghost, and Spirit, obviously in reference to the supernatural way in which they silently glide along the road. Well, I’ve only tested classic Rolls Royces, but the big, comfortable, silent way in which the 530e goes about its business is certainly worthy of a supernatural title. Cruising around town in a car as long and imposing as the 530e, while remaining virtually silent, is an otherworldly experience.

However, I must caveat this by noting I have been driving a 33-year-old Porsche 928 around for the past three months awaiting my first press fleet car of 2021, so my views on silence and comfort may be somewhat skewed. But either way, gliding along, wrapped in a delightful cocoon of premium leather and expensive electronics, the 530e is an exquisite way to travel.

As a plug-in hybrid, the new ghostly silent 530e utilises mild-hybrid technology, offering enhanced performance, reduced fuel consumption and improved driving comfort. BMW have a hybrid system available in all four- and six-cylinder variants of the new BMW 5-Series. The German firm fitted a powerful 48V starter-generator and a second battery to the 5-Series, increasing the amount of brake energy that can be regenerated and stored. This energy is used to supply the electrical system, to lighten the combustion engine’s workload and boost its power.

By ‘boost its power’, I’m referring to the starter-generator, which produces an electric boost that instantly makes an additional 8kW/11hp available, enhancing overtaking and off-the-line acceleration. It also increases efficiency by assisting the engine when driving at constant speeds and improves comfort when the auto start-stop and coasting functions are in use.

Inside the 5-series, you will find some interior features, including a larger 12.3” infotainment system, which includes BMW’s Intelligent Personal Assistant and Smartphone Integration. The new 5-Series also benefits from the latest camera and radar-based driving assistant systems, including features like steering and lane-control assistant and active cruise control to name just a few.

My test car was quite sprightly. In sport mode it wields that full ‘suck you into the chair as I blast off’ power, thanks to its clever set-up. The 530e, which is a rather large beast, gets from 0-100kph in 5.9 seconds and on to a top speed of 235Kmph, thanks to the 292 rampaging ponies under the bonnet.

Many moons ago the 3-Series BMW provided both four door saloons and sporty coupes, but then the 4-Series came on the scene and effectively turned the 3-Series into a mini 5-Series. I’ve noticed in recent years the 3-Series closing up that gap between the two cars and herein lies the issue; I think the plug-in hybrid 330e is better ‘bang for your buck’ than the 530e. I’ve managed to write this review as best I could without calling too much attention to the elephant in the room. Which is, how bloody good the 330e is and how much more competitively priced it is. I know you’ll always have the individual who preferes the size and prestige of the 530e and I’m sure they will sell very, very well, because it’s a bloody fabulous car. But, and it’s a big but, I think the 330e handles and drives better, it felt a bit quicker too and it’s significantly cheaper.