Swinging with the Golf 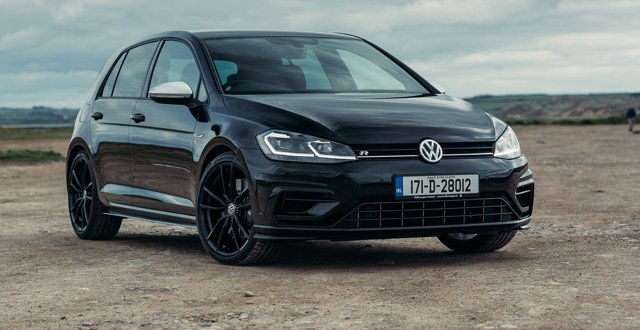 Christmas came early for me last year and lasted for three weeks. Santa came on 10 December with a Golf R and because of the festive season and various cancellations, asked would I please mind it for a few weeks. He didn’t have to ask twice.

Most people are well familiar with the Golf GTi, but less are familiar with the Gold R. I intend to change that. It is the spiritual successor to the initial VR6 and later R32 4-motion. Both were a bit ‘nose-heavy’ (big engines) but more powerful than the standard Golf GTi. The Golf R is a two-litre, turbocharged, all-wheel drive rocket with the lighter two-litre turbocharged petrol engine producing 310bhp.

Not a lot of people have bucket lists when it comes to cars. Start one now and put this on it. You might see it for sale at a local dealership and you’ll have to go in and insist on a spin in it. You will enjoy it. Then you (might) need your ‘get-out clause’ if you’re not committed after driving it, because the poor salesman will be ringing you and asking for your credit card to get the deposit. The best one? “Ring me when you get a diesel one in… ”

I remember talking to a doctor, telling him it had 310bhp, and he looked vacantly at me and then said he didn’t really understand that. 310bhp is not a lot if you are driving a 40ft Scania truck, but in a Mini, it would be undriveable without an awful lot of electronics and a very good set of brakes. In the grand scheme of things, there is not a huge gap between the Mini and the Golf, but what the Golf has done is to make it fun and controllable with all-wheel drive, or as VW calls it now, ‘4motion’. In reality, this is ‘four-wheel drive’ but that term is reserved by the marketing people for the large Chelsea tractors whose biggest stress on their traction systems is how to mount a footpath or park on the grass.

All wheel-drive burst on the rally scene around 1981 in the form of the Audi Quattro. Audi was first with its all-conquering four-wheel drive Quattro, which brought us the first woman to win a world championship rally, the famous Michelle Mouton. Others copied the formula, leading the mad Group B rally cars that were eventually banned, as they were too fast. Subaru also used all-wheel drive to its advantage in their Legacy and later Impreza saloons. In saloon car-racing, Audi once dominated the sport with its Quattro saloon cars. In order to level the playing field, the ‘high command’ of saloon car-racing decided Audi needed a weight penalty. Then they simply banned all-wheel drive from saloon car-racing. Audi once again exhibited the strengths of all-wheel drive when it drove an A6 up a ski slope, with snow tyres as the only modification. The video is still available on YouTube.

If all-wheel drive is so good, why don’t all cars have it? Well, there are two small problems — one is the slight weight penalty of the extra hardware, and the other is the frictional losses consumed by driving wheels that are not always needed. So in the Golf R, the drive is really front-wheel drive with all wheels driven on a <em>pro re nata</em> basis, so to speak. I have absolutely no idea when it changes from all-wheel to front-wheel or even to three-wheel drive, it is so effective.

And then there is the torque vectoring, just when you thought is was safe to tell your friends you knew all about handling. The Golf R brakes the inside wheels as you corner and accelerates the outside wheels. Normally, I would have thought this would lead to over-steer but this leads to exceptional stability and confidence in corners. Until you approach the edge of the laws of gravity and centrifugal force, the car feels very neutral in corners; beautifully balanced. Even at the limit, it just tends to go into a gentle four-wheel drift. I have been told that the car cannot defy gravity but it genuinely feels as if it can corner that little bit faster, and certainly with more control and confidence, than a lot of other cars out there. In future, if anyone asks you when you’re buying a car, “do you want torque vectoring with that?”, always say “yes please”.

Sometimes a story is all that is needed. I was coming home from Dublin recently and it was raining. Four cars in front, nowhere near the speed limit. Pulled out, had a look, flashed lights (LED standard, and brilliant), nothing ahead, so I accelerated. On the way past the fourth car, I see a large pool of water about two-thirds the way across the road. It was one of the moments when a lot of thoughts go through your head, a bit like a patient who has been told they have cancer. I’m thinking, “I’m probably going to remember this”. Not only do I remember this but I have to tell you all about it, as absolutely nothing untoward happened. Sailed through, not even a blink of a dashboard light. Completely safe, stable and composed.

There is a very good argument that the Golf GTi with the performance pack option is better value (about €5,000 less) and you are still getting a good car with that, but I will always opt for four-wheel (or all-wheel) drive if I have a choice. Oh, and get the DSG automatic gearbox. Personally, I find the manual is a little sluggish and I was constantly bouncing the engine off the red line, it got there so quickly.

Now although the Gold R is not perfect, it is close. There is some road noise from the low-profile tyres, the suspension is firm and a little bouncy on long, supposedly flat motorways, fuel consumption is in the low 20s (mpg) when driven hard, but will tip 35mpg if driven sensibly at motorway speeds. But the engine is so smooth, so powerful, and the car feels so stable that I am more than happy to recommend it. There are a lot of readers out there who will not understand what I see in the Golf R. That’s fine, I’m going to have other cars for you soon enough. But this car was, for me, one of the greats.